Is Europe a dreamboat or a trap-hole?

The former Soviet Union is suffering from Europhilia, a centuries-old disease of the intellectuals that moved to the level of the masses in the 20th century, Sergei Mikheyev, the Director of the Caspian Cooperation Institute said in a live feed of Pravda.Ru. This idea is fed by the Western propaganda machine that the weak state of Ukraine cannot resist.

"Living in Europe is my dream," thinks the younger generation in Ukraine. "This is a limited point of view, and the example of the Baltic countries is the evidence to it," said Mikheyev. "Thirty percent of the population of Lithuania, Latvia, and Estonia live outside the country, the entire industry is destroyed, and agriculture is barely alive. In the event of joining the EU Ukraine will have to pay for the obscure paradise of the few by misfortunes of millions who will lose jobs, will be impoverished and will kicked out, the analyst believes.

What do we have today in Ukraine? President Viktor Yanukovych has suspended the vector for integration with the EU for three reasons. The first one is the firm stance of the Kremlin tired of being a barbarian centralized by Europe through Ukraine. The second one is that he understands that if Yulia Tymoshenko is released from prison, she would be his political rival. The third is that the economy will collapse due to the loss of preferences in trade and economic relations with Russia. Yanukovych tried to negotiate with Europe, increasing the amount of compensation and tried to agree on Tymoshenko, but to no avail. This does not mean that Ukraine is headed for the Customs Union, said Mikheyev. It is difficult to make firm predictions. It is highly likely that Ukraine will continue to sit on two chairs, pressured both from within the country and the West. 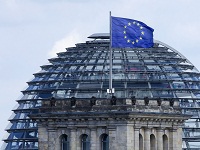 The political scientist believes that now the opposition will try to build a "new Maidan" with the goal of overthrowing legitimate or illegitimate Yanukovych, but who will fund this effort? In the near future it will be clear whether such people exist. For Yanukovych this is the issue of paramount importance. He would like to be re-elected for the second term, and it is possible that in this respect he consulted with his elite - oligarchs, including Rinat Akhmetov (a Donetsk businessman, industrialist billionaire, the richest man in Ukraine).

The West, and primarily the United States, for its part, will never give up Brzezinski's idea of ​​ tearing Ukraine away from Russia, while Ukraine does not clearly answer this question. The United States is operating through its close allies in Europe - Lithuania and Poland. However, general hysteria that Ukraine has lost Europe is unfounded. "It is Europe that has lost Ukraine, this is how this issue should be stated," said Mikheyev. "Europe could make the agreement much softer and not make absurd demands on Tymoshenko." What is the EU offering? Some mythical Western values ​​and reforms that can be compared with the slogan "we will build communism in 20 years." According to the analyst, the proposal of the Russian Federation was much better, and included preferences on gas prices, refining, and lucrative cooperation agreements.

The analyst believes that the West has missed a historic opportunity to make Russia its friend after the collapse of the USSR. "The Russian leadership in the late 1980's and early 1990's wanted to join the EU. Credibility of the West in the 1980-90s was incredible. We have collapsed the USSR with our own hands, made ​​a gift to the West, and waited for an invitation to the civilized world. We were ready to join the EU and NATO. But we got nothing. Moreover, we were called barbarians, uncivilized nation, and the "Ukrainian democracy" was forced on us. It is funny to think of Ukraine where power belongs to six oligarchs as of a democratic country, said Mikheyev.

The West has been influencing public opinion in Ukraine for over 20 years through its institutions. How do they work? "Here is their model: Ukraine is our vassal, Ukraine is your (Russia's) enemy, it will sling mud on you, call you occupiers, authoritarian state, call you barbarians. But you need to provide trade preferences, low gas prices and you will be civilized." Russia does not do a tenth of what the West does, nevertheless, a huge part of the population in Ukraine likes Russia. "The task at hand is to be smarter than third parties, our goal is not to start hating each other to please the West," said Mikheyev.

Answering the question whether Ukraine has its own path, Sergei Mikheyev said that shadow of NATO was looming over the Association Agreement with the EU. This conflicts with the Constitution of Ukraine that speaks of neutrality. Maybe Ukraine has its path, but signing of the agreement would cancel it. Mikheyev personally accused Yanukovych of the situation. From the onset, the president has been acting extremely inconsistently, said the analyst. Yanukovych came to power on the shoulders of Russia, and he relied on the electorate who sympathized with Russia, but betrayed both Russia and the electorate, making a bet on the EU. Then he refused to sign an agreement with Russia, initiated a process against Tymoshenko, and made ​​her a political prisoner for some reason. "Then he drew a European vector only to abandon it later."

Ukraine's future looks very foggy to Mikheyev. There can be even a civil war, and Russia could implement such a scenario, but responsibly, because it considers itself responsible for the security of Europe. This is how the Americans act, reminded Mikheyev, "if the model is unfit, they destabilize the situation." Ukraine is a country that exists within the imaginary boundaries, but the conflict there for that reason is not imaginary. Ukraine is broken because there is no statehood, and the government is managed by the elite. Instead of smoothing the divide between East and West, Ukrainian politicians began escalating the situation from the get go.

Take, for example, nationalist party "Svoboda." It is pretty ridiculous. Because of hatred for Muscovites, "Svoboda" is pulling Ukraine to the West where Jewish lobby is strong, their enemy number two. It opens the door to the West, which entails tolerance for homosexuals and immigrants from Arab that Ukrainian nationalists hate. But "Svoboda" is pulling the country into the EU.

All Ukraine's projects are short-term, Mikheyev concluded. "The main idea of ​​any politician is to fool the enemy, and make Muscovites angry." There is an increasing separatist threat in the Crimea. The Russian Federation had a great proposal - issuance of a common currency with the emission center in Kiev. Much could have been done, but the West does not allow it. "Now by it reactions it is obvious how important it is to pull Ukraine into a zone of political and military influence."