Polish MEP Jacek Saryusz-Wolski believes that the Cold War is ongoing between Russia and the EU that can take a long time. Both European officials and the Russian leadership have already stated that economic integration with the EU and membership in the Customs Union are incompatible. Ukraine and Moldova have about one month left for consideration.

Armenia has already "surrendered," according to the deputy, now the Europeans have to prevent Ukraine and Moldova rejecting the EU association. "Russia is challenging the European Union that seeks to associate with the countries of the "Eastern Partnership," including Armenia, Moldova, Georgia and Ukraine, and is trying to prevent their association with the EU. Russia is threatening to introduce barriers associated with the energy supply, protectionist trade barriers, and has already introduced embargo on Moldovan wine. It threatens to complicate the employment of nationals of the countries associated with the European Union," said the deputy in an interview with Polska Times. 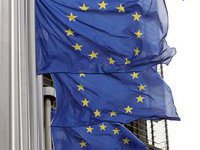 The MEP believes that Europe should develop mechanisms to protect the countries of Eastern Europe and shield them from Russia's attempts to influence their choice. What are these mechanisms? European officials spoke about it repeatedly. They include imposing sanctions against the Russian Federation, for example, joining the Magnitsky list, tightening of the visa regime, and resolution of controversial issues in favor of the EU through the mechanisms of the WTO. Saryusz -Wolski also proposed to allow Moldovan wines to the EU market, and supply gas to Moldova and Ukraine through alternative pipelines.

By 2015-2017 a number of regions of Ukraine and Moldova are expected to be included in the Unified Energy System of the European Union (ENTSO-E). The optimistic scenario assumes a complete parallel introduction of both countries in the EU energy network. For Russian companies "Gazprom" and "Inter RAO" operating in these countries the prospect means a significant reduction of their market share of electricity produced from natural gas.

If "Gazprom" uses gas as a political weapon, it can be legally charged for taking these measures. However, after accusing Russia of putting pressure on Ukraine and Moldova, the deputy turned to threats himself. He stated that if the Ukrainian authorities do not make a decision on the release of Yulia Tymoshenko serving her sentence in prison, the Association Agreement with the EU will not be signed.

"At the moment there are no reasons for optimism. As soon as it comes to the release of Tymoshenko, the negotiations reach an impasse. If the issue is not resolved, the contract will not be signed," Saryusz -Wolski said in an interview with PAP. The MP does not understand why Yanukovych is delaying it because Tymoshenko's travel to Europe for treatment would mean that Tymoshenko is removed from Ukraine's political life for a long time, which was the President's intention. He further warned that if Ukraine does not sign an agreement with the EU, the situation in the country will deteriorate, and "Yanukovych will have to face the discontent of the population that wants to integrate with Europe."

From threats to Ukraine, the MP moved to threats to Russia. He said that the European Union would not allow Russia to introduce visa regime with Ukraine before the EU cancels visas with Ukraine. He continued that the EU will use the same actions with Russia as Russia used with the EU partners in the East. He added that the EU must protect the countries with which it has associations. Russia knows that it will suffer if it continues to sabotage this free choice of independent countries.

How serious are the consequences that the Polish MP is threatening Russia with? "There are considerable difficulties in the relations between Russia and the EU as the parties are unable to determine the formula of interaction as neighbors," Dmitry Danilov, Head of the Department for European Security with the Institute of Europe commented on the situation for Pravda.Ru.

The EU and Russia cannot agree on a combination of the two integration processes of European integration and integration around Russia in the framework of the Customs Union and the Common Economic Space. If the signing of an Association Agreement with Ukraine and Moldova and the EU takes place in Vilnius on November 28, it is unlikely that it will be possible to talk about the integration of these countries with Russia. Both these countries and Russia will face significant issues. Russia, on the one hand, will lose the prospect of deepening and expanding integration in the CIS, on the other, it will have to take protective measures to ensure that the new rules on trade and visa regime do not hit the member countries of the Customs Union. This is why the introduction of protectionist trade barriers and even the visa regime with Ukraine and Moldova is possible, the expert believes.

This position is considered in the West as politicized, a threat, a "stick," but, according to Danilov, European officials are to blame because they are unwilling to compromise and do not try to take into account the existing realities, the Customs Union and the trade and economic relations between the Russian Federation, Ukraine and Moldova. "They should develop an association agreement that is more flexible, in a consultation with experts, but they do not intend to do so. Such competition in the economic field will generate political issues that will affect the development of a new basic agreement between the Russian Federation and the European Union," said Danilov.

The conclusion is that after the signing of the Association Agreement with the EU everyone will lose. It will be difficult for the EU to pull Ukraine and Moldova in its ranks, and it has no money for that. Russia will lose the prospect of their integration, and the dream of Slavic brotherhood, and Ukraine and Moldova will lose even more - the real export articles to fill their budgets. The only winner in the situation is Saryusz -Wolski engaged in making enemies out of neighbors on the continent.