India and Vietnam to make Customs Union even stronger

Many Western analysts considered the creation of the Customs Union utopia, but the union was getting stronger, which made the West look at the organization with caution. After India and Vietnam decided to join the Customs Union, its power and influence in the world will grow significantly. What are the benefits for Vietnam and India to join the union and what will Russia gain from it? 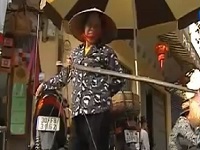 Vladimir Putin's initiative, the Customs Union, may become a very influential player on the world stage. This is not just an economic reintegration of a certain part of the post-Soviet space. The Eurasian Union can soon become a continental commonwealth of nations, whose relationships will not allow third parties play on neighbors' contradictions. In particular, the case of Armenia demonstrates that even those countries that do not share a land border with the association can still join the Customs Union.

To date, the Customs Union has received applications for cooperation from 35 countries. Applications from India and Vietnam are especially interesting at this point. Negotiations are underway since 2011, but it was only this year, when they became more active.

India in the Customs Union

The Indian government intends to discuss with Russia the possibility of signing an economic cooperation agreement with the CU, Ajay Bisariya, the head of the Eurasian Department of the Indian Foreign Service said. It should be noted that India is a long-standing and reliable partner of Russia. The Russian-Indian relations are developing dynamically in different directions: economy, investment, science and culture. They rely on the rich experience of interaction, a solid foundation that has been laid before the independence of India. In 2012, the trade turnover between the countries increased by 25 percent and overcame the limit of $11 billion.

However, the authorities of both countries set an ambitious goal - to reach the limit of $20 billion by 2015. There are practically no differences in terms of the Russian-Indian cooperation. India and Russia cooperate successfully on different international markets, including the United Nations, BRICS, the Group of Twenty. The two countries share a similar approach to major international issues. Cooperation in the humanitarian sphere is of great importance. Our peoples are connected with long-standing traditions of mutual respect and friendship. The citizens of both countries show mutual interest in arts, religion, and culture.

According to many experts, the free trade agreement between India and the CU will significantly increase the volume of trade between Russia and India. Oleg Popadyuk, an expert on international affairs, believes that with all positive aspects, the current level of trade and economic relations do not correspond to the potential of India and Russia. Traditional sources of growth have been exhausted, so one needs to boost the trade between the two countries by bringing it to a new level.

"First of all, the competition for the Indian arms market has become even more serious. India gradually cuts the import of ready-made models of military hardware, seeking ways to participate in their development and obtain new technologies. Russia in this case needs to pay attention to the implementation of major joint projects. The most promising example in this area is the creation of fifth-generation aircraft. India creates modern high-tech armed forces, purchasing state-of-the-art hardware. Suppliers have to cooperate to meet the needs of India. For example, Su-30 MKI is equipped with electronic equipment made ​​in Russia, France and Israel. Russia needs to show flexibility in the cooperation, not to make it detrimental to its own interests and security, of course. The program to rearm the national army before 2020 will receive 20 trillion rubles. The program will be able to strengthen Russia's leading position on the arms market.

"Secondly, the trade and economic cooperation between Russia and India requires modernization. Transportation of major Russian export commodities to India is difficult to implement and quite expensive. Any project of a pipeline from Russia to India is unimaginable. Therefore, emphasis should be made on new economy, knowledge-based and high-tech products. One needs to eliminate unnecessary administrative barriers for the movement of goods, improve credit and financial infrastructure and switch to settlements in national currency. In addition, one needs to create strong technology alliances in the areas, where Russia and India enjoy significant resources. This includes energy, infrastructure construction, joint space exploration, and communication systems. Such an integrated approach will bring mutual benefit, and it will be a win-win situation for all parties - both India and other countries of the Customs Union," the expert said.

Vietnam in the Customs Union

A year ago, Chong Tan Sang, the President of Vietnam, announced the beginning of the process of negotiations of a free trade zone between Vietnam and the Customs Union, the completion of which should be Vietnam's entry in the CU. Russia has its own interests in Vietnam, particularly in the field of oil production and services. Vietnam believes that the creation of the free trade zone with the CU will increase the flow of goods and investment. For the Customs Union, the cooperation with the 85-million-strong state, whose economy grows by seven percent every year, is also very interesting, as Vietnam, for example, will be able to import machine-building products from Belarus and Russia.

Experts do see a lot of pluses for all members of the CU In Vietnam's accession to the organization. "I do not see any serious adverse effects from the potential entry of Vietnam into the union, - analyst Michael Korolyuk said. - The economies of Vietnam and Russia are not rival . Vietnam is a booming economy, the 14th country in the world in terms of population. This country has been historically friendly toward Russia and wary of the U.S., Japan and China. It would be foolish not to use such a resource. Vietnam's possible accession to the Customs Union will be beneficial to both the Russian and Vietnamese business."

Such an agreement is very favorable to Vietnam, another analyst, Maxim Zaitsev thinks. Vietnamese products are now exported mainly to the United States, Japan and China, but these countries take a series of protectionist measures. After joining the CU, Vietnam will receive access to a large and capacious market, where it will settle quickly due to relatively low prices and lack of fees. The main areas of joint projects could be information technology, biology, cybernetics and nuclear power.

The first nuclear power plant in Vietnam, Ninthuan-1, will be built by specialists of Russia's Rosatom. The construction will begin in 2014. In short, the expansion of the Customs Union will increase the efficiency of the association and make it more influential on the world stage.