Australian election: Abbott as PM may surprise everyone 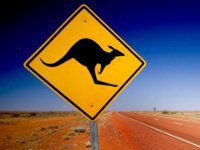 Australia has just gone through a lackluster election, where a change of government took place. Tony Abbott will be Australia's next prime minister. However this change in government appeared to lack the euphoria of past elections that delivered new governments like '72, '75, '83, '96, and '07. Many fear that an Abbott government will bring Australian public policy back to the Howard era.

When the election was announced to the Australian public via Twitter early August, the polls indicated that both major parties where almost neck and neck. There was some feeling that the very confident and accomplished campaigner Kevin Rudd could take over the 'popular-scape' as an underdog and run the Labor campaign as an opposition would, thereby pushing Abbott out of contention. Rudd showed pragmatism, exposing many faces to the electorate over the campaign while Abbott early on looked to be on the defensive avoiding Rudd's early challenge to an immediate debate the every week the election was called. Abbot instead chose to stick to his reverberating rhetoric that he has been using over the last couple of years.

Both leaders were ambitious, full of energy, with a feeling that they have a lot to prove, vying for the top spot in Australian politics, which consequently turned the campaign into a presidential style onslaught to the public. Both leaders engaged the budget, boatpeople, and taxes in a transactional manner, leaving the big visions primarily out of the debate. Nothing new and substantial came out of the campaign. Some promises were even withdrawn or modified and both leaders often had trouble answering detailed questions from the media. Both sides showed major flaws which weren't really scrutinized to any great degree, which seemed to drain credibility from the campaign. It could be argued that any credibility was replaced by a general apathy from the Australian electorate, especially the young.

It wasn't long until the Rudd of old emerged. Rudd began making up policy on the run without any consultation with the Melbourne campaign office.

Although Labor had handled the 2008 financial crisis well and avoided recession, kept Australia's debt as one of the lowest within the developed world, and enjoyed a AAA credit rating, Labor found it extremely difficult to hide its disintegrating disunity, and the party's popularity began steadily plunging as the campaign progressed. The absence of Julia Gillard at the Labor campaign launch was truly symbolic of Labor's problems. One group within Labor claim the Gillard takeover of the leadership in 2010 was the beginning of Labor's problems, while another group is still angry over the Rudd sabotaging of the 2010 Labor campaign.

This wound is mortal to Labor and must be passed over if Labor is ever to be an electoral force again.

As all the pre-election polls predicted, the coalition had a convincing victory. Rudd failed to give voters anything new to hope for and Abbott managed to keep away from any major campaign mistakes. It appeared the Australian electorate had long made their decision for change before the campaign even started. Moreover, Rudd's realignment of Labor policies towards Abbott's may have played some role in convincing many voters to support the minor parties, which now hold a potentially antagonistic balance of power in the senate.

All this just seemed to raise Abbott's status, especially with the negative campaign Labor ran against him.

The Rudd campaign failed dismally. By the Tuesday before the election Rudd appeared to have given up, while his deputy Anthony Albanese even admitted on radio that Labor was heading towards defeat. Labor's private polling showed a 4-5% swing against it, however most of it went towards the minor parties minimizing electoral losses, with only around 1.5% flowing through to the coalition.

By 6.30pm on election night the fate of Labor was clearly seen, receiving the lowest primary vote in over one hundred years.

Rudd had no personal achievements to rely upon, where it looks like he just became the 'fall-guy' for Julia Gillard.

It will long be a matter of conjecture as whether Labor's change over to Rudd from Gillard really made any difference at all, although Rudd proudly claimed in his conciliation speech that he managed to 'save the furniture', staving off a complete political wipeout keeping a credible force in parliament.

Australia woke up on Sunday morning to a new prime minister designate Tony Abbott. Until now he has avoided close scrutiny and was a most unlikely Liberal leader only just scraping in to the party leadership back in 2010 by one vote. Although he has been in public life for almost 20 years, he is still a paradoxical mystery.

Many have labeled Tony Abbott a masochistic fitness fanatic with conservative Christian values, and policy inclinations going back to the Howard era where he served as a minister for nine years. Some believe that Abbott will ruthlessly cut government spending in education and health to the point where people will suffer just to balance the budget, will do little, if anything about climate change due to his skepticism, and bring up debate about carbon and mining taxes all over again. Many believe Abbott will take Australia back to the conservative abyss.

Tony Abbott as prime minister will find the transition from opposition leader to prime minister challenging, especially in facing the fiscal realities of government, finding a balance between ex-Howard ministers and the large number of new parliamentary members, and dealing with a potentially hostile senate. However a look at his past career and personal history hints that Tony Abbott may not be the type of prime minister that many fear. Much of Abbott's public persona is a media creation, his life gives another story.

Tony Abbott is a Rhodes scholar who graduated with a Master of Arts in politics and philosophy at the prestigious Queens College at Oxford University. He was one of the architects of former opposition leader John Hewson's 'fightback' package during the 1990s.

Tony Abbott was a journalist at the influential magazine The Bulletin and newspaper The Australian, a plant manager at Pioneer Concrete, and even studied three years theology at St. Patrick's Seminary in Sydney. This has given him a wide exposure to influential people within Australian society on all sides of politics. He was first courted by senior members of the New South Wales labor movement including former Premier and Foreign Minister Bob Carr to join the Labor party and run for parliament. By Abbott's own admission, he even voted Labor in the 1988 state election.

Abbott also served as the national convener for Australians for a Constitutional Monarchy (ACM), when the then prime minister Keating brought up the idea of an Australian republic into the national debate. This is the time where Abbott met and worked with John Howard, who in 1994 encouraged him to seek Liberal pre-selection for the Federal seat of Warringah.

When Tony Abbott was parliamentary secretary to the Minister of Employment and Education, he set up the Green Corps program which engaged young people in environmental reconstruction work. He instigated the work for the dole program as Employment Services Minister and commissioned the Cole Royal Commission into gangsterism and corruption in the construction industry, establishing the Office of the Australian Building and Construction Commissioner with the objective of lifting industry productivity. As the Health Minister Abbott managed to stop doctors abandoning the Medicare system. While on holiday in Bali with his family in 2005 when the Bali Bombings occurred, Abbott visited the victims in hospital and arranged their evacuation to Singapore.

Tony Abbott also performed a number of heroic acts. During his student days, he saved a drowning child from being swept out to sea and later in his university days he helped to rescue children from a burning building next to a hotel he was drinking in. According to newspaper reports, on both occasions he never stayed around to be properly thanked.

From Abbott's student politics days until now, his views on issues like abortion, euthanasia, and gay and lesbian marriage seem to be more influenced by his personal experiences that his theological background. He believed that he fathered a child out of wedlock and put that child up for adoption, he has been very supported of his lesbian sister. From this perspective Tony Abbott is displays humanistic considerations and has given deep thought to the logic and rationale behind what he believes in. For example he believes that legalized euthanasia would open the way for unscrupulous children to terminate the lives of their relatives for reasons other than health and comfort.

Tony Abbott is a volunteer member of the NSW Rural Fire Service and as an opposition spokesperson on Indigenous Affairs spent a number of weeks teaching in remote communities in Cape York in 2008 and 2009.

Abbott is the author of a number of books which lay out in detail his view of the world and how policy should be approached within an Australian context. This makes him a very rare politician who actually has a philosophy to act upon. Although his views are considered conservative, they cannot be easily criticized for not being well thought out.

The personal history and career of Tony Abbott points to a persona that has not been fully exposed to the Australian people. Abbott has made many mistakes which have been well publicized. Yet, maybe, Abbott will be a man with a very definite vision for Australia. He is likely to be more engaging and inclusive than Howard. More humble than Rudd, and more productive than Gillard. Expect Tony Abbott to work very strongly on issues that will leave him a legacy. He may be able to turn his visions into reality more effectively than Keating was able.

One can see from his views on gay marriage and RU-489, that even though he may be philosophically opposed to something, he may not necessarily rule that option out for others. He may be a much more consensus prime minister than we see today from his role as opposition leader.

Tony Abbott must use this style to confront the big issues that face the nation. Today some ministries are actually finding it very difficult to fund their day to day operations. A way must be found to make the Australian economy competitive again, with new activities that will soak up increasing unemployment. Australia must find its own place in the world, where the country does not even have observer status within ASEAN, nor able to become a member of BRIC. Abbott must rebuild the credibility of the Australian Government that was torn down with Labor disunity over the last three years. Finally Abbott must find a way to bring the young into the political system, where currently around 25% are not even enrolled to vote.

At least Australia has the rare gift of a philosophy in its leader. The Australian people may yet be very surprised with who they have elected as their new prime minister.