Obama versus the world

Barack Obama, Nobel Peace Prize-winner, states that what is at stake is universal values because "I didn't set a red line. The world did" in his words. Let us then examine the opinion polls and draw a conclusion as to whether Barack Obama is in syntony with the world, or whether he stands pitifully alone, advocating a criminal act once again tarnishing the image of his country. 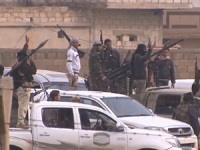 We may start with the reports on the influential Drudge Report opinion poll, in which 729,336 votes were cast on the question: Give Obama authority to conduct military operations in Syria? The result was 667,929 votes against, or 92 per cent, and just eight per cent in favour, reflecting a general trend in the United States of America with eight to nine per cent in favour of what President Obama proposes. The ABC-Washington Post poll shows around 60% against missile strikes; the most favourable poll to Obama inside the USA is the Pew Report, which claims that the No vote is close to 50% and the Yes, some 29%. So much for his own country, now let us go abroad.

66% of Britons said they did not care if the UK's decision against military intervention damaged relations with the United States (BBC poll); in France, whose President Hollande has made declarations insinuating he would support a US attack (against the Rome Statute which France has signed), a BVA poll reported by Le Parisien-Aujourd'hui en France, shows 64% of those polled against military action.

So rather than having a red line drawn by the international community in favour of military intervention, we see clearly a lying John Kerry who used photographic evidence to back up his claim that military intervention was justified which was taken in 2003 in Iraq, who denies al-Qaeda are in action in Syria among the "rebel" forces the west supported from the beginning and we see a delusional Nobel Peace Prize-winner, Obama, whose sanity one must now place in question.

It is President Obama against the world and Barack Obama is about to draw the outlines of his own political epitaph and the standing of his country in the international community.