France's Interior Minister Manuel Valls said that there was a need to review the country's migration policy in relation to Africans and questioned the compatibility of Islam and democracy. France has long been assimilating immigrants, but in recent years the situation has changed, and the locals are now the ones that are asked to adjust.

At a government meeting dedicated to the major challenges faced by France in 2025, Valls said that the "demographic pressure" from Africa forces France to revise its immigration policies. The Minister proposed to revise the law on family reunification that allows legal migrants in France to legally bring their spouses and minor children after 18 months in the country. Valls also added that over the years it would be good to prove that "Islam is compatible with democracy," Le Parisien quoted the Minister. Valls' several colleagues on condition of anonymity told the newspaper that the minister introduced "a real political problem." 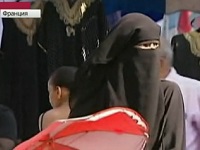 The Minister's dissatisfaction is understandable, as France is constantly shaken by Muslim protests caused by the introduction of stringent restrictions on wearing burqas. The last large-scale event was held in July in Trapp commune, a suburb of Paris. Muslims burned dozens of cars and attacked a police station. The reason for the protest was a detention by a police officer of a Muslim woman who, contrary to the existing legislative ban, appeared in a public place wearing burqa. The woman's husband, who tried to beat up a police officer, was arrested by the police.

Minister Valls is very popular in France and is a fierce supporter of the fight against the Islamization of the country. Early this year, speaking in Brussels at an international conference on extremism, he said that measures had to be taken to prevent the spread of "global jihad." Valls, in particular, noted that he considered it necessary to deal with Muslims who identify themselves as Salafis. He said that they were trying to infiltrate various organizations, schools, communities, and brainwashing entire families. Valls warned that France would be deporting all imams and all foreign preachers who criticize the French values ​​and conduct propaganda against the French.

Many politicians supported the Minister after the meeting. The ex-Prime Minister and head of the opposition party "Union for a Popular Movement" (UMP) Jean-Francois Cope said that he had been talking about this for years, and was very offended that the officials refused to see the truth. He added that the government was there not only for admitting that the problem existed but for ensuring that it gets solved. Such solidarity is not surprising, as Sarkozy's right-wing government has also proposed tough measures to limit immigration, such as DNA tests for candidates for entry into France and an exam in French on "knowing the values ​​of the French Republic."

Minister of Labor Michel Sapin told France Info that immigration should be controlled, and that its limits have obviously been long exhausted. He added that in 2012, according to official statistics, 191,452 residence permits were issued in France, of which 86,572 was family immigration. Vice president of the National Front Louis Alliot said that Valls was free to talk about it because he knew that he was popular, but his determination was only in words, and there were no results from banging his fist on the table.

Indeed, despite the rare unanimity behind the scenes, the French government decided not to take any adequate measures to restrict immigration from Africa. Why? Perhaps because of pan-European tolerance, namely the policy of multiculturalism, criticized by many politicians including Merkel and Sarkozy, but no one wants to admit the mistake on the legislative level. Then other tenets of tolerance, for example, tolerance towards homosexuality, may be subject to criticism. The right to family reunification is recognized in Europe and has been part of French law since 1974, so it is unlikely that France will abandon it.

In this sense, the position of Marisol Touraine, Minister of Health who distanced herself from the Minister of the Interior was much more quoted in France. She told France 2 TV channel that she thought that the French had to remember that they were under the framework of the Republic, and this framework should be provided by the Republic.

As to the doubts regarding the compatibility of Islam and democracy, Valls simply repeated the words of French President Francois Hollande said during the visit of the latter to Tunisia. Hollande said that Islam and democracy were incompatible, meaning the experience of democratization of Tunisia after the "Arab Spring." However, it is obvious that such reference is unjustified.

We are talking about different things - Islam and Democracy in the Arab countries and France. If we assume that democracy is an ideological tool for the alignment of the political system to serve the public, the latter in France believes that Islam is an intolerant religion incompatible with the values ​​of the French society. This was stated by approximately 70 percent of the French, according to a survey conducted early this year by Le Mond.

The number of citizens concerned with the growing number of Muslims in the country is increasing. According to the survey, over the year the number of French people who believe that Islam was developing too rapidly in their country has increased from 71 to 76 percent. According to statistics released by the portal abna.ir, in the future Islam will be virtually the dominant religion in France. The country is actively building mosques, and some Catholic churches are being closed and converted into mosques.

However, France and Europe have a Christian, not a Muslim tradition, and if the politicians cannot gain the courage to reconsider the policy of "tolerance", the country will face a social explosion. Meanwhile, there are forces among the ranks of Muslims ready to adapt.

The founder of the Association of Muslims of France and Chairman of the Coordination Council against racism and Islamophobia Abdelaziz Chaambi believes that it is necessary to come to an interpretation of Islam that would be adapted to the realities and conditions of the French, but would not call into question the dogmas and beliefs. "For example, in Lyon, we would rely on a fatwa that allowed Islam to adapt to everyday life in France, so that a Muslim could sit at the same table with those who drink alcohol or smoke marijuana, but would be able to distance from them," he said.

A philosopher Abdennour Bidar went even further and called for radical "self-criticism". Unfortunately, he wrote, Islamic culture was not capable of self-criticism. This culture has a paranoid belief that any revision of the dogma is sacrilege, be it Quran, the Prophet, Ramadan, halal, etc. Even the most educated and cultured individuals willing to engage in a dialogue on all other issues get extremely defensive at the slightest attempt to revise them.

France has been assimilating immigrants for a long time, but in recent years there has been a change when under the influence of the European Union the countries were asked to adapt to foreigners. As a result, in the suburbs of big cities Wahhabi communities were formed, funded by Saudi Arabia and other Gulf countries. They are in open confrontation with the state and do not recognize the French secular model.

The situation is exacerbated not only in France. In June, London authorities were forced to take buildings associated with Islam under heavy guard. A Scotland Yard official said that the city was experiencing right-wing terror. After the murder of a soldier Lee Rigby by Muslim immigrants, the number of violent crimes motivated by racial or religious hatred in England has increased several times.