Turkey has long been standing at the threshold of the European Union. Adenauer and de Gaulle spoke about the European future of the country located between Asia and Europe half a century ago. In 1999, Turkey received the status of a candidate for the EU membership. But since then, a lot has happened, many other countries have been allowed in the EU, and Turkey is still waiting in the hallway. 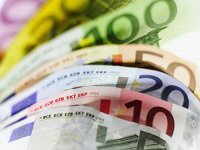 This time the reasons were the actions of the Turkish authorities against the demonstrators. Before the next round of consultations between the EU and Turkey, some countries have condemned the actions of Ankara. German Chancellor Angela Merkel spoke out critically against the Turkish government, which provoked another row between Berlin and Ankara. We are talking about breaking up the demonstrators who organized anti-government rallies. Ankara has accepted the criticism of Berlin as another factor that prevents Turkey from the accession to the EU. Incidentally, Germany has always been quite skeptical about Turkey's candidacy.

The coalition government of Angela Merkel allegedly supports the negotiations of Turkey's plans to join the European Union, but every now and then blocks them. As suggested by Egemen Bagis, Turkey's Minister for relations with Europe, Angela Merkel chose Turkey for replenishment of her political capital that she will use to win the next election. However, Egemen Bagis is convinced that the wrong choice was made, citing the defeat of Nicolas Sarkozy who was also skeptical of Turkish membership in the united Europe. But last week, Germany, Austria and the Netherlands still blocked the decision to resume the negotiation process, at least for now.

This is a controversial matter in the European Union. Previously, everyone claimed that Turkey had to become part of the united Europe, but now such statements are less numerous. As of late, a number of prominent politicians do not shy away from talking about the impossibility of Turkey's accession to the EU. Among the reasons they cite a variety of arguments, ranging from economic to geographic. These politicians are convinced that Turkey has never been a European country, and will never become one. The list of claims to Ankara starts with human rights violations and problems with the country's political system. In recent decades, the Turkish authorities have been brutally suppressing the Kurdish minority that accounts for about 20 percent of the population. The government fought with the separatists through police operations and real military actions. Some Kurdish politicians, in particular, members of the Turkish parliament, were sentenced to lengthy prison terms.

In Turkey, the Kurds are forbidden to teach and broadcast in their native language. The EU has plenty of questions for the Turkish army as well. According to Brussels, the Turkish armed forces play a vital role in the life of the country. The military is constantly interfering in politics. The Army has been traditionally protecting the secular values ​​of the Turkish state. For example, in 1997 the military ousted the Islamist government of Necmettin Erbakan. In addition, a special political role of the armed forces is described in the Turkish Constitution. In Turkey it is not the president but the army who serves as the guarantor of the constitution. Brussels does not understand what represents a greater evil - Islamic government or secular military junta. Religious issues are very acute. 98 percent of Turks are Muslims, and not always moderate. Western analysts fear that the "Europeanization" of Turkey in the event of its accession to the EU would cause rejection of ordinary citizens, which may lead to the growth of religious extremism. There is also a demographic issue. If the situation in Turkey remains the same, in some 10 years in terms of population Turkey will be the largest European state. Many European politicians fear mass Turkish immigration to the EU countries.

In countries with many Turkish communities, for example, in Austria and Germany, the potential membership of Turkey in the European Union becomes a bargaining chip in the election campaigns of various parties. Overall, virtually all right-wing parties in Europe objected against the country's accession to the EU. Ordinary Europeans also have different opinions. Surveys show that 57 percent of Germans and 62 percent of French are against the idea of Turkey becoming a EU member. The Austrians and Dutch are also extremely skeptical about its membership. The crackdown on demonstrators in May of this year and frequent anti-government rallies in large Turkish cities added fuel to the fire.

Many citizens are unhappy with the policies of Prime Minister Erdogan, which negatively affects the negotiations with the EU. However, there are supporters. Some experts believe that the competent integration of Turkey into the EU would help to prevent potential future clash of the Christian and Islamic civilizations. If it is rejected, the consequences for Turkey and Europe can be unpredictable. Generally, the prospects for Turkey's accession to the EU are very doubtful, at least for the near future. Could that be that Turkey does not want it very much?

"In the near future, Turkey will not join the European Union. Period," said leading German political scientist Alexander Rahr. He also stressed that in fact now neither the European Union nor Turkey want this to happen. The expert is convinced that Turkey simply took the EU rules imposed on it, and now operates independently within this framework.

"The European Union only "fed" them promises, but in fact, no one even thought of taking the Republic of Turkey in their ranks. The Europeans claimed to have opened their door, demanding at the same time a number of important concessions, including the optimization of the legislation to the standards of Europe, and have been negotiating with Ankara, as it allowed the Turks to push towards specific shifts in the relations with the EU. But today the roles simply switched. Turkey pretends that it still wants the European Union, bargaining concessions from the EU under this pretext," said Alexander Rahr.

He also added that it would be extremely difficult for the Turkish authorities to persuade people that their country that enjoys eight percent economic growth should join the European Union whose growth is near zero. We should not forget about the debt crisis in the EU. Ankara understands that if it enters the European Union soon, it will have to pay for Greece and share with other countries, as well as sign a variety of financial obligations of economic and political nature. And why would the country that now plays the role of a regional power and acts as a fully independent player need that? Turkey has a very strong presence in the Middle East, and it does not want to share it with the European countries.

In fact, now the two parties are discussing not Turkey's accession to the European Union, but the status of Ankara in relation to the EU. Europe wants Turkey to be a transit area, a corridor of energy resources. The Turks, on the other hand, plan to become a major distributor of Azerbaijani, Russian and other energy resources in the south of Europe. In the first case, Turkey will be paid some money for transit, but this would be all.

The second option allows the Turks to purchase gas on the side and then resell it to European countries, yielding significant economic benefits and becoming a significant geopolitical player. This is how the EU and Turkey have been playing with each other for decades. The Turks do not want to join the EU, and the Europeans do not want to accept them. This seems to be the state of affairs satisfactory for all.

Read the orignial in Russian