Having learned nothing from the catastrophes of Afghanistan, Iraq, Libya, it seems President Obama, the equally clueless UK Prime Minister Cameron and his culturally challenged Foreign Secretary William Hague are cheerleading another bloodbath in formerly peaceful, secular, outward looking Syria. 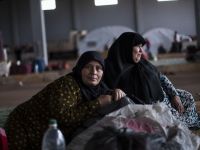 "Any time bombs are used to target innocent civilians it is an act of terrorism." President Barack Obama 15th February 2013. (Re Boston bombings.)

Having learned nothing from the catastrophes of Afghanistan, Iraq, Libya, it seems President Obama, the equally clueless UK Prime Minister Cameron and his culturally challenged Foreign Secretary William Hague are cheerleading another bloodbath in formerly peaceful, secular, outward looking Syria.

Having covertly provided arms and equipment to insurgents from numerous different countries for over two years, they have now moved to the overt stage, a move over which even arch hawks such as former National Security Advisor Zbigniew Brzezinski, and former Republican Senator Richard Luger, six term leader of the Senate Foreign Relations Committee urged caution.

Luger said such action would boost extremists, with Brzezinski dismissing Obama's talk of "red lines" as thoughtless and risking: "a large-scale disaster for the United States."

During Brzezinski's time as National Security Advisor to President Jimmy Carter the decision was made to finance the Mujahideen in Afghanistan in response to Soviet deployment there. He's had a bit of time to reflect on blowback and perhaps the 2,243 wasted US lives in that "graveyard of empires" - so far.

It seems however, the Washington and Whitehall regimes remain increasingly disconnected from reality. In spite of the plethora of gruesome images circulating on the internet of grinning terrorists holding up severed heads, cannibalising body organs and summarily executing, they are to provide further arms to insurgency's Hannibal Lecters. This, also regardless of the fact that Riad al-Assad, founder of the so-called "Free Syrian Army" is quoted as saying that suicide bombing is: " an integral part of revolutionary action, of Free Syrian Army action."

Meanwhile, less than a month after the murder of a soldier in London's Woolwich by wanna be jihadists (with reported relationship with hard drugs) Britain's increasingly rudderless ship of state allows entry to a controversial Saudi preacher, Muhamed Al Arefe, alleged to have made anti-Shia and anti-Semitic exhortations and who argues that a husband: "may use beatings to discipline his wife" as long as he beats her "lightly."(i)

Informed friends from the Middle East charge bluntly that he recruits jihadists, as last week in visits Riyadh and Cairo. One added: "David Cameron may as well stand at the gate (of the Mosque) and hand out arms for the 'good freedom fighters' who will be heading to Syria after hearing Arefe's sickening lies, sectarian incitement and calls for jihad against the 'infidel regime.' "

This was not a low key occasion. Arefe, spoke at the London Central Mosque and Islamic Cultural Centre, built on land donated by King George V1 to the Muslim Community of Britain. The Cultural Centre was officially opened by the King in 1944. The Mosque, completed in 1978, which can hold over five thousand worshippers in the main hall alone, was designed by renowned architect Sir Frederick Gibberd. Quite a platform for any recruiter.

However, Obama and Cameron hardly need to arm terrorists, they are seemingly doing fine, via the US-UK-NATO last mega screw up: Libya.

This week it was reported (ii, iii) that weapons are flooding in to Syria from a Libya awash with weapons, "with spy chiefs saying" that the country has become a supermarket "of the world's illegal arms trade."

"Up to 3,000 surface-to-air missiles (SAMs) have gone missing since the conflict" with more than "one million tonnes of weapons belonging to Colonel Quaddaffi" looted after his terrible death at the hands of NATO's "allies."

Potentially that is enough SAMs to down 3,000 airliners.

The Daily Mail understands that, unsecured: " ... there are now more weapons in Libya than in the entire arsenal of the British Army" according to MI6 estimates.

One internet video showed a stockpile of SAMs, which can hit an aircraft flying at 11,000 feet, in the hands of the Syrian insurgents. Used from airport perimeters anywhere, the result could be tragedy.

However, Akhbar Alaan TV reports(iv) Benghazi has been supplying weapons to the Syrian terrorists for "over a year." With pictures they: "show the shipments from Libya, via Turkey to the Syrian opposition."

The TV station's reporter states: "Their own Libyan revolution was supported by NATO ... But these former Libyan rebels say the world is abandoning the Syrian opposition. And because of that Benghazi decided to act ..."

Further: "All these weapons are donated by former rebel units in eastern Libya ... According to the Libyan organizer they also have shipped around 120 SAM 7 surface to air-missiles to Syria." Rebel units were, of course aided by US Ambassador to Libya, Christopher Stevens, who arrived in a cargo ship loaded with arms (news, websites) and was murdered with colleagues in Benghazi on 11th September 2012.

According to the New York Times, Qatari C-17 cargo planes, capable of carrying a payload of over seventy tonnes, have picked up a weapons shipment at least three times this year, which were then delivered to the Turkish-Syrian border to be handed on to the "rebels."

British-Libyan arms dealer Abdul Basit Haroun - who was a property developer in Manchester, UK for twenty years, until 2011 - has told Reuters that weapons are reaching Syria not alone by numerous flights, but on ships, concealed amongst humanitarian aid. Haroun has claimed that the authorities know about the shipment: "everybody knows."

Claims are that permission for shipments is sought from and sanctioned by, Turkey. The UN has criticized Libya for proliferating weapons at an "alarming rate" and for "enriching the arsenals of a range of non-State actors, including terrorist groups."(v)

Reuters interviewed Haroun and a reporter was taken to a container of weapons being prepared for delivery to Syria: " ... stacked with boxes of ammunition, rocket launchers and various types of light and medium weapons."

Arms are flown in to "neighbouring countries on chartered flights", several to Jordan as well as Turkey: "weapons were then transferred over the border." (vi)

In Libya, the versatile Mr Haroun: "helps the government with state security, according to interior ministry spokesman Majdi al-Ourfi."

Quite an own goal, NATO.

But no lessons have been learned. On Saturday (22nd June) the ridiculously named, eleven nation "Friends of Syria", meeting in Quatar, agreed to supply: "all the necessary material" to the insurgents. Britain, with the US, is of course cheerleading.

This in spite of warnings from such as Charles Lister, analyst at HIS - Jane's Terrorist and Insurgency Centre - of the danger that weapons "almost invariably end up in the hands of" terrorists and extremists, and possibly even back in Britain.

General Sir Richard Dannatt, the former head of the army, said last week he was: "very much in the camp of those who would not wish to be involved and intervene in any shape or form", with Major General Julian Thompson, who commanded British forces in the Falklands War in 1982, saying it was: "absolutely ridiculous" to contemplate another intervention ...and getting involved with something else" whilst still mired in Afghanistan after nearly twelve years.

"Our information from Doha says that five countries have decided to start arming us immediately, and four other countries will give us logistical and technical support and, at a later stage, arm the Free Syrian Army," a spokesman for the opposition fighters, Loay Al Mikdad, said in an interview with Qatar's Al-Jazeera TV.

However, Syria is a founding Member of the UN, one of the fifty one countries who signed to the Charter on 26th June 1945. Member States of the United Nations are bound by the UN Charter.

All Members shall refrain in their international relations from the threat or use of force against the territorial integrity or political independence of any state, or in any other manner inconsistent with the Purposes of the United Nations.

Article 2 (1) The Organization is based on the principle of the sovereign      equality of all its Members.

Article 2(2) All Members shall settle their international disputes by peaceful  means in such a manner that international peace and security, and justice, are not endangered. (vii)

The UN's 1970 Declaration on Principles of International Law Concerning Friendly Relations and Cooperation among States directs: "No state or group of states has the right to intervene, directly or indirectly, for any reason whatever, in the internal or external affairs of any other state.

"Consequently, armed intervention and all other forms of interference or attempted threats against the personality of the state or against its political economic and cultural elements are in violation of international law."

Recalling the duty of States to refrain in their international relations from military, political, economic or any other form of coercion aimed against the political independence or territorial integrity of any State,

"Considering it essential that all States shall refrain in their international relations from the threat or use of force against the territorial integrity or political independence of any State, or in any other manner inconsistent with the purposes of the United Nations,

"In accordance with the purposes and principles of the United Nations, States have the duty to refrain from propaganda for wars of aggression.

Every State has the duty to refrain from organizing or encouraging the organization of irregular forces or armed bands including mercenaries, for incursion into the territory of another State.

"Every State has the duty to refrain from organizing, instigating, assisting or participating in acts of civil strife or terrorist acts in another State or acquiescing in organized activities within its territory directed towards the commission of such acts, when the acts referred to in the present paragraph involve a threat or use of force." (viii)

End note. Middle East "Peace Envoy" Tony Blair who lied his way in to the destruction of Iraq, kissed his welcoming host Colonel Quaddafi then betrayed worthy of any Judas, has entertained President Assad.

In 2002, when Bashir al Assad visited Britain, meeting the Queen, the Prince of Wales, and dined with Blair at Downing Street, it was considered bestowing a n hour on the President.

"According to documents, on Nov. 14, 2002, a desk officer covering Syria and Lebanon at the Foreign and Commonwealth office wrote: "You should be aware that President Bashar of Syria will visit the U.K. as a guest of government ... This will include an audience with the queen. I have been advised that we need to consider whether the queen should bestow an honor on him."(ix)

Blair is, of course, cheer leading for Syria's destruction: "A spokesperson for Tony Blair defended the actions of the government under the former PM, stating: "Engagement with Syria and Assad in 2002 was absolutely right ...  Mr. Blair has said many times since that the situation has changed and Assad now has to go."