USA has to make friends with Taliban

In some countries, groups that have always been considered extremist have become a real force to be reckoned with. The Taliban is one of them. Even the U.S. government that is fighting against Taliban is forced to recognize it as a legal organization. This means that the existing issues should be solved with its representatives. Is it possible to appease the Taliban?

Some scientists believe religious extremism to be a mental illness and develop methods of its treatment. A vaccine for extremism has not yet been found, and in its absence the British are trying to negotiate with the Taliban in Saudi Arabia, Yemen, Singapore and other countries.

British authorities decided to agree with terrorists in an amicable way instead of fighting them with military means. For example, in Pakistan, the Taliban could get loans for the development of their own business if they hand over their weapons. Long conversations with Islamists are aimed at persuading the criminals to give up murder and obtain a civilian, peaceful profession. The Brits are even ready to help people who share the views of "al-Qaeda." 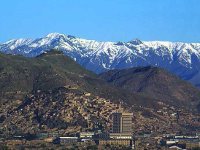 Every person subject to "de-radicalization" is closely watched by security forces. The participants of this project already have positive results. According to their statistics, only 10-20 percent of extremists they work with refuse to elect the right path, choosing the path of jihad. But experts say this is not enough. People who tried both roles and returned to terrorism become more aggressive and dangerous than ever before. This is particularly true in Singapore where Islamists are under the strictest control.

In general, the program was found to be ineffective. At times, there were ridiculous situations when Islamists in Saudi Arabia after their return from Iraq were accused of going to the war without the permission of the local king. The fact of going to the war did not seem to bother the authorities.

The most important force is the Afghan Taliban. Thirty years ago they tried to fight the Soviet Union, 20 years later - the U.S. and NATO, but the result is the same. Solving the Taliban issue with military means is impossible. Therefore, many countries have tried to negotiate with the leaders of the Islamist movement.

In 2007, at the height of the Afghan military campaign, the British intelligence services, bypassing the government of Hamid Karzai, led direct negotiations with the Taliban. The world community learned about it only after Afghan police detained two senior British diplomats. According to the Office of the Afghan National Security, these diplomats were handing out money to Taliban groups.

Military experts believe that there is nothing scandalous about secret negotiations since this is quite a normal practice. In the absence of talks with warlords the losses are much greater. In addition, negotiations help to get to know the opponent. Through negotiations, as well as provision of certain services, one can ensure that a particular area or operational direction becomes safe for a while. "Foreign" commanders are removed from these directions, and "friendly" ones are installed. This saves lives and solves (albeit briefly) certain issues. Warlords usually accept weapons and money.

Yet, the militants are only appeased for a certain period of time. After obtaining weapons they use them anyway, just in a different place. This is the reason why one cannot be making concessions to Taliban forever. The policy of the British authorities could turn against them, and it should also be taken into account. Terrorists are terrorists, and extreme caution has to be exercised.

A lot has been written on the Taliban, but not everything is true. The world's media portrays Taliban as a hardened, closed in their world organization, but this is not the case.

Taliban is the real power in Afghanistan supported by many ordinary citizens. Many analysts believe that after the withdrawal of coalition troops in 2014 the power in the country would go to the Taliban. In Kandahar, the Taliban have done much to improve life conditions. They installed gas and water pipes, paved roads. There are many things that the global media chooses not to talk about. Taliban joined in the celebration of the International Women's Day. Women were allowed not only to leave their homes unsupervised, but also drive.

The modern Taliban is a multifaceted, multi-layered movement. Some experts believe that if the Taliban comes to power again, it will be suit-wearing Taliban. No doubt, there are still plenty of radical people among the Taliban, but there are also the so-called reasonable Taliban capable of negotiating.

Barack Obama acknowledged that the United States did not achieve anything in Afghanistan and suffered a defeat. Thousands are dead, a lot of money was spent on the Afghan operation, but the desired results have not been achieved. It has been announced that in 2014 the troops would leave Afghanistan completely. The U.S. authorities are well aware that Hamid Karzai would not be able to retain power in the country. Taliban has more support in the community, and is likely to gain power in the next elections. First, the majority of Afghan population supports the Taliban as it is believed to be the only political force that can consolidate the country again and ensure stability and internal security. Secondly, the vast majority of current "regional barons" surrounding Karzai has good relations with the Taliban, and will get to their side when the time is right.

The U.S. is secretly negotiating with the leaders of the Taliban to agree on the peaceful settlement of the situation in Afghanistan. These contacts in the long term should form the basis for peace negotiations. Their goal is to convince some of the Taliban to cease cooperation with "al-Qaeda," stop the fighting and start the political process.

The Taliban is able to negotiate, talks with its representatives are necessary, particularly on strategic issues. But why, then, the Americans are not able to do it? Nuances of the Eastern policy are very important here. Washington, and for that matter, Moscow, cannot negotiate with the Taliban directly without taking into account the regional environment.

Moscow has its trump cards that the Americans do not have. Russia has three potential allies in the region, and cooperating with them it can solve the Afghan puzzle.

Pakistan plays an important role. Islamabad, amid deteriorating Pakistan-US relations and cooling Chinese-Pakistani relations is very interested in regional allies. Pakistani authorities fear that Delhi and Washington have decided to break up and destroy Pakistan. Therefore, when forming the Russian-Pakistani tandem one would expect a fruitful dialogue between Russia and the Taliban.

Iran may become another important regional ally for the Russians on the Afghan issue. It is interested in a faster withdrawal of the U.S. and NATO troops from Afghanistan. But Tehran also wants to avoid confrontation with the Taliban.

It is Moscow that could form a strategic diplomatic triangle Russia - Iran - Pakistan, capable of providing strategic stability in Afghanistan after the withdrawal of the Western coalition troops. Neither the U.S. nor the EU can do it.

However, the effective interaction with the Taliban, Iran and Pakistan requires sophisticated intellectual work and consistent negotiating tactics. After all, no one wants to repeat the Afghan mistake. When making friends with the Taliban one should exercise caution.