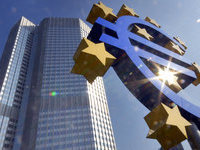 Do you know that there is a country up for sale? Do you know that its finance, agriculture and retail sectors are being put 'on the market'? Perhaps you are already aware of this due to various media reports. But then again, maybe you are not because it's all being carried out behind closed doors in Brussels. The EU-India Free Trade Agreement (FTA), something that could fundamentally restructure Indian society and impact the lives of hundreds of millions, is being negotiated 'on behalf of the public' by politicians on both sides who are champions of the type of economic liberalisation that has already been responsible for bankrupting many Western economies.

Negotiations began in 2007, covering a wide range of areas, including various goods, products and services, as well as investment rules, government procurement; and intellectual property rights. After 16 rounds of talks, the issues are still being fine tuned.'Developed' countries are resorting more and more to these types of bilateral trade agreements with individual developing countries because they want to continue to push their free trade agenda that was rejected by developing countries at the World Trade Organisation.

The EU-India FTA essentially represents the demands of big business in the West and results from their strategic hegemony over government bureaucracies and politicians. With Western economies in crisis, India represents potential ripe pickings for transnational corporations' never ending compulsion for profit.

Kavaljit Singh of the Madhyam research institute notes that the EU wants to export its heavily subsidised dairy products to India (1). The Indian government has encouraged the co-operative model in the dairy sector with active policy protection. It therefore makes little sense that dairy trade will be opened up to unfair competition from subsidised European exports under the FTA. According to RS Sodhi, managing director of the country's largest milk cooperative, Gujarat Co-operative Milk Marketing Federation, the FTA will rob the vibrant domestic dairy industry and the millions of farmers that are connected to it from their rightful access to a growing market within India.

The EU has an overproduction problem in the dairy sector and is looking to dump its surplus. By dumping products in other countries, producer prices and incomes there become depressed. India's dairy sector is mostly self sufficient and employs about 90 million people, a majority of whom are 75 million women. The sector is a lifeline for small and marginal farmers, landless poor and a significant source of income for millions of families.

Although the Indian government is saying that the dairy sector will be protected, the EU is lobbying hard to open up the sector. S Kannaiyan of the South Indian Coordination Committee of Farmers movements wonders if the government can be trusted. It's a fair point, given its obsession with foreign investment and neo-liberalism.

In general, profits for EU companies could be huge if they can dump their products in India and permanently displace local farmers and producers. In the name of 'free trade', the EU wants India to cut import duties, but will not alter its own massive subsidies to its agribusiness and farm sector, which means that Indian farmers will not be able to compete with EU agribusiness. Yudhvir Singh of the Bhartiya Kisan Union (BKU) says that free trade is supposed to be trade between equals, but such free trade pacts are on a completely unequal footing.

The FTA also seeks better protection for European biotechnology companies in the form of stronger intellectual property rights. On its blog, the BKU notes that this will allow European biotech firms to sell their seeds in India at any price they wish, get royalties from Indian farmers and deprive Indian farmers from saving or exchanging seeds. Indian farmers are already in debt, committing suicide en masse and suffering from the failure of expensive GMOs and unaffordable private seeds.

The EU is also demanding the liberalisation of the retail sector and is attempting to facilitate the entry of European agro-processing and retail gaints like Carrefour and Tesco, which could threaten the livelihoods of small retailers and street vendors. Nandini Jairam of the Karnataka farmers' movement argues that the entry of such retail giants will be terrible for farmers because they will monopolise the whole food chain from procurement to distribution. In effect, farmers will be at the mercy of such large companies as they will have the power to set prices and also will not be interested to buy small quantities from small producers.

Under the FTA there are also plans to liberalise investment provisions, financial services and banking, whereby European banks and finance companies can enter the Indian market. According to the BKU, investors from the EU will get preference over resources like land, coastal areas and water rather than local people. Such provisions could serve to facilitate takeovers of farm land and conversion from food crops to export oriented cash crops.

At a time when countries across the world are reeling under a financial crisis caused by private banks, regulation and not liberalisation is needed. The proposal to liberalise the banking and insurance sectors is taking place in a world already ravaged by the criminality of the finance sector and which, according to Kavaljit Singh, by providing greater market access to crisis-ridden European banks, could potentially weaken an otherwise stable banking system in India.

Moreover, according to Singh, measures on investment could see the Indian government sued by multinational companies for billions of dollars in private arbitration panels outside of Indian courts if national laws, policies, court decisions or other actions are perceived to interfere with their investments.

At the heart of this whole debate is the issue of national sovereignty - or, to put it another way, self determination, self sufficiency and the nurturing of local democracy and economies in order that local people have control over their own lives and futures. The EU-India FTA appears to sound the death knell for such notions.

Since the passing of Margaret Thatcher, much has been written about the impact of the types of neo-liberal policies that she championed, not least in terms of them leading to the current crisis being experienced by Western economies. The pro-globalisation corporate interests that backed Thatcher helped destroy the post-1945 Keynesian consensus and tip the balance in favour of elite interests. This subsequently led to the depression or stagnation of wages and thus demand. The profits accrued from the subsequent debt-bubble Western economies of the 1990s and onwards could not be sustained, and now, facing crisis at home, places like India represent rich pickings for Western capitalism.

Call it 'globalisation' if you must, but let's call it for what it is: imperialism. In an effort to maintain profit margins, elite concerns are going abroad to plunder public assets, exploit human labour and trample over local economies and communities. The worst thing is that it doesn't have to be this way. Once India's political leaders began to place emphasis on 'deregulation' and cede power to 'the market',  the green light was given for transnationals to hollow out Indian society.

Farmers and trade unions in India, via the alliance called the Anti FTA front, have written 872 letters to important officials, organisations and political parties about the FTA. Rakesh Tikait of the BKU argues that, although there are serious impacts on food security and the livelihood security of millions of farmers and small retailers, farmers haven't even been informed nor consulted about the FTA.

Praveen Khandelwal, Secretary General of Confederation of All India Traders (CAIT) states that India should not legally commit to policies under this FTA. He believes that the government cannot seal this issue at the behest of EU while a national debate is still ongoing on the subject. It begs the question: are we to witness democracy being sidelined in the blind pursuit of a corporate driven agenda? It seems so (2).

It begs another question too: where is the logic in handing the thieves the key to your home?