Iran and Armenia, in favor of increasing university partnerships

Iran and Armenia on Tuesday decided on expanding their cooperation and communication between universities of the two neighboring countries.

The rector of the Yerevan State University (ESU), Aram Simonian, during a meeting with the Speaker of the Iranian Foreign Ministry, Ramin Mehmanparast, held in Yerevan, capital of Armenia, requested an increase in the number of Iranian students in their country and increased university cooperation in the fields of geology, seismology and book publishing.

Mehmanparast, at this meeting, said Iran has 45 million people under 35 years of age, so it is considered a young country with high academic abilities, so they welcome the increase in university partnerships with other countries.

Currently, he continued, Iran's universities occupy a good place internationally and despite pressure and sanctions policies that prevent student access to Persian scientific sources, Iranian university students have advanced even further because of their talents and their efforts.

Elsewhere in his remarks, the Iranian Foreign Ministry spokesman referred to the good relations between Tehran and Yerevan and then ensured that they should strive for these links to reach the highest level.

He noted that Tehran and Yerevan's diplomatic relations are currently at their best level, and called for further trade, economic, cultural, and tourism ties between the two countries.

Mehmanparast highlighted that Iran and Armenia's support for each other at the international level clearly attests to the fact that both states enjoy excellent relations.

Armenian Deputy Foreign Minister Shavarsh Kocharyan, for his part, said that Armenia seeks peace and tranquility and thinks the Islamic Republic of Iran plays a significant role in the establishment of regional stability.

After a visit to Belarus, Mehmanparast traveled to Armenia to hold a series of meetings with the authorities of this country.

According to Iran's state-run news agency IRNA, the spokesman is to meet with Armenian Foreign Minister Edward Nalbandian on Wednesday. 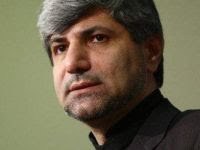