Weaker USA to throw the world into chaos

China is growing faster than expected, the United States is the first among equals, another world war is not a threat, but the collapse of the euro and climate change are possible. Recently, the National Intelligence Council of the USA (NIC), an influential government think tank of the intelligence community, issued a report "Global Trends 2030: Alternative Worlds."

The principal feature of the document is a departure from the traditional American-centrism and corresponding superpower ambitions in the interests of one country - the United States. The text repeatedly uses the term "multi-polar", indicating a reassessment of the role and prospects of the rest, not Anglo-Saxon world, in solving complex global problems. 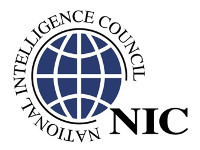 The National Intelligence Council was founded in 1979 after the Soviet troops entered Afghanistan, which U.S. intelligence agencies failed to predict. Today it is the center of a long-term strategic analysis and expert assessment. Every four years, the NIC presents the U.S. President with a report of "Global Trends" with a description of the main geopolitical factors, options of civilization development and dynamics of the major political forces.

Among the key points in the report is the recognition of the fact that the U.S. central status in the international system is no longer a certain constant and will change, reducing the U.S. influence on global processes. The report stressed the growing influence of non-state actors in the international, in other words, deployment of network organizations - foundations of color revolutions, encouraged by the U.S. government institutions.

The assessment of China was adjusted compared to earlier versions. According to experts, it is developing faster than expected, while the forecast of further weakening of Russia remained unchanged.

What global trends, according to the NIC, will determine the shape of the world in 2030?

The list includes human development, demographic changes, lack of food, water and energy. Human development will accelerate due to the reduction of poverty, the middle class will grow. There will be greater access to education, use of new communication and production technologies and high-quality medicine. This, in turn, will determine the disappearance of the hegemonic powers, and the government will gradually move towards networks and coalitions in a multipolar world.

The danger under this scenario may stem from the fact that there will be conditions for the free access of individuals and social groups to advanced lethal technologies, including cyber-attacks and bioterrorism.

The report concludes that the center of economic activity eventually shifted to the east and south. The total global revenue (the report likely refers to GDP) of the "golden billion" countries will fall two-fold from today's 56 percent by 2030, and the volume of the financial assets in emerging markets will double by 2020. China will account for about one third of global economic growth by 2025, far more than any other country.

The world's population will age significantly. By 2030, the average age in most European countries, Taiwan, and South Korea will be 45, which will lead to global migration of labor from less developed countries to developed and developing countries.

The level of global urbanization will increase from the current 50 to 60 percent by 2030. 5,000,000,000 people will live in cities that will generate 80 percent of economic growth. Resource saving technologies and production will be developing particularly rapidly. Food demand in 2030 will grow by 35 percent, water - 40 percent. Nearly half the world's population will live in the areas with water scarcity (Africa, the Middle East, India and China).

The NIC noted that lack of resources does not threaten the U.S., and deposits of shale gas in the country are sufficient for domestic consumption and export. The increase in oil production from hard deposits will reduce the trade balance and the rate of economic growth. Oil production will exceed eight million barrels a day, and OPEC may lose control of crude oil prices, which will lead to a serious crisis.

One of the most dangerous threats expert noted was the so-called "state gap", that is, the inability of the state apparatus of the developed countries and the U.S. to control the processes of self-generated networks and transnational corporations. Color revolutions and conflicts similar to the "Arab Spring" will continue, caused by the creation of public facilities, increased incomes, political liberalization and democratization. However, U.S. intelligence analysts believe such processes to be destabilizing factors.

NIC believes that the third world war can be avoided. Regional conflicts and instability, particularly in the Middle East and South Asia could expand, but will not result in a global military crisis. The issue of Iranian nuclear weapons has to be addressed and a breakthrough in Israeli-Palestinian agreements must be achieved to reduce the risk of localized conflict in the region.

The U.S. intelligence officials do not consider the potential of China threatening, noting that possible nationalist policies of its leadership and economic growth can only lead to local non-nuclear conflicts, which, however, will have a negative impact on the world economy.

Interestingly, while predicting China to reach a threshold GDP volume of $15,000 per capita by 2020 году and arguing that this would become an impetus for democratization, the Americans characterize this process as a threat to global stability.

As for Russia, experts have concluded that, if Russia fails to diversify its economy and form liberal internal order, it will continue to provide regional and global security challenges.

The U.S., according to the report, will continue to be the first among equals in 2030 because of the superiority in a number of industries and technologies, and will carry out the implementation of the "hard" and "soft" power in international relations. However, rapid economic and political growth of some other countries will lead to the end of the era of unilateralism and Pax Americana. In some cases, the U.S. influence will be enhanced through appropriate external networks. However, as analysts stress, a significant weakening or collapse of the U.S. would lead to a prolonged period of global anarchy. Among other general threats NIC mentioned large scale pandemic, rapid climate change, the collapse of the euro and the European Union.

Of course, when assessing this significant document of the National Intelligence Council, we must not forget the propaganda effect of the report, and that any intelligence service uses public media space as a tool for active operations. But the main conclusion is still clear. The U.S. does not intend to give up the role if not of the leader, but the world judge and prosecutor. At least until such time as it is allowed by its own economy. Both China and, especially, Russia, according to the report, will not be able to prevent it in 2030.