If petroleum is the resource of today, one which fuels wars as the energy lobby covets the possessions of others, slaughtering hundreds of thousands of innocent people as their lands are plundered, as we saw in Iraq and Libya, then the resource of tomorrow, fuelling its wars, is water. 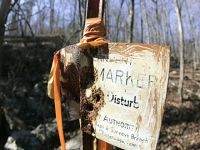 Water, the basic necessity for life, has occupied center stage of humankind's existence ever since we were able to express our needs and our collective psyche through drawings and engravings. Burial stones placed upon the chest of the deceased depicted a zigzag pattern (representing water, the bringer and source of life) or else the owl, the night-God, whose feathers also represented water.

This was in paleolithic times when the Moon was the Mother-Goddess (feminine in most languages), when the color of death was white (the owl) and when many societies were matriarchal, the time before the worship of the Sun (masculine) gave rise to patriarchal societies and black supplanted white as the symbol of death. This was also a time when water was plentiful, a time when wars between tribes were often driven by the instinctive need to strengthen the species through ethnic and genetic diversity... the wars were about women, the Rape of the Sabine Women being just one of many stories.

This was a time before the growth of the first cities, whose main streets and avenues were in turn based upon ancient waterways and in some cases bearing the same name as streams and rivers (London's River Fleet gave way to Fleet Street; the Strand was named after the stream on which it stands).

Where are these waterways today? They have dried up. It comes as no surprise, therefore, that on World Water Day (March 22), it was revealed that one third of people live in a country with moderate to high water stress, according to UN Secretary-General Ban Ki-Moon, who went on to state that this figure could be 50% of the world's population by 2050.

Demand for water is currently 40% higher than supply. Two point five billion people live without basic sanitation, needs are growing and resources are dwindling. 11% of the global population, or 783 million people, do not have access to an improved source of drinking water. Up to 2,000 children die every single day from causes linked to unsafe water, to insufficient hygiene or sanitation.

90% of the world's population lives in countries which must share water resources with neighboring countries. The key word is water cooperation but looking at today's world, does anyone seriously believe humankind is capable of sharing a basic resource? Or is it far more likely that water resources will be the next area hijacked by the energy lobby and the source of more wars?

Is this is what our species has become?