Boris Berezovsky may have committed suicide 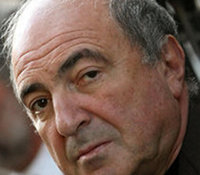 According to British media, Russian oligarch Boris Berezovsky, who died on Saturday, March 23rd, was suffering from clinical depression. It was said that the businessman gave way to despair after the British court dismissed his five-billion-dollar claim against another Russian oligarch Roman Abramovich. After the trial, Berezovsky had to pay $100 million for legal services. In connection with the trial, the oligarch has repeatedly expressed his disappointment in the West.

Following the defeat in court, the oligarch in disgrace received a course of treatment in one of a centers for mental health rehabilitation. In January of 2013, Berezovsky also separated from his common law wife Elena Gorbunova. She then asked for several millions of pounds through a court.

According to unofficial reports, the billionaire may  have committed suicide. According to another version, he died of a heart attack, as he had a heart disease.

Meanwhile, experts on chemical, biological and radiological protection arrived at Boris Berezovsky's house in London. The specialists will conduct all necessary examinations to check for the presence of toxic materials in the house.

Berezovsky made his fortune in Russia in the 1990s when the country went through privatisation of state property and "robber capitalism". He profited from gaining control over various assets, including the country's main television channel, Channel One. In 1997 Forbes magazine estimated Berezovsky's wealth at US$3 billion. He was at the height of his power in the later Yeltsin years, when he was deputy secretary of Russia's security council, a friend of Boris Yeltsin's influential daughter Tatyana, and a member of the Yeltsin "family" (inner circle). Berezovsky helped fund Unity - the political party, which formed Vladimir Putin's parliamentary base, and was elected to the Duma on Putin's slate. However, following the Russian presidential election in March 2000, Berezovsky went into opposition and resigned from the Duma. After he moved to Britain, the government took over his television assets, and he divested from other Russian holdings.

In 2012, Berezovsky lost a London High Court case he brought over the ownership of Sibneft against Roman Abramovich, in which he sought over £3 billion in damages. The court judged Berezovsky as an "inherently unreliable" witness, who "regarded truth as a transitory, flexible concept, which could be moulded to suit his current purposes" and that "At times the evidence which he gave was deliberately dishonest; sometimes he was clearly making his evidence up as he went along in response to the perceived difficulty in answering the questions." The court concluded that Berezovsky had never been a co-owner of Sibneft.

On 23 March 2013, Berezovsky was found dead at his home in Ascot, Berkshire. His death was announced in a post on Facebook by his son-in-law. Alexander Dobrovinsky, a lawyer who had represented Berezovsky, wrote that he may have committed suicide, adding that Berezovsky had fallen into debt after losing a protracted lawsuit against Roman Abramovich, and had spent the final few months of his life selling his possessions to cover his court costs. Berezovsky was also said to have recently been depressed and to have isolated himself from friends, though this was denied by his friends. The Thames Valley Police classified his death as "unexplained" and launched a formal investigation into the circumstances behind it.