America is always itchy to interfere into everything

The embarrassment was turned into a joke. The Minister corrected, "You mistranslated, it should be "reset," not "overload." Laughing, Clinton said she would try to prevent an "overload" in the relations between the two countries.

Four years later, we can say that the Secretary of State has failed. It would be wrong to say that the relations were going downhill over the entire period. However, they are hardly much better now than in the last months of George W. Bush's presidency. 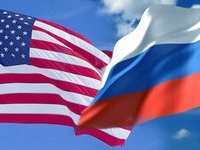 Essentially, the "reset-overload" was intended to remedy the situation at the time. It did not work. "Pravda.Ru" talked with head of the State Duma Committee on Foreign Affairs Alexei Pushkov to find out why.

Four years ago, Secretary of State Hillary Clinton announced a "reset" of the relations between Washington and Moscow. Was this policy justified?

"I think, to a limited extent it was. The idea was to get out of the "Quasi -Cold War" that our relationship entered under the Bush administration, and move to, at the very least, normal interaction, which we did not have with the previous administration.

"We can say that the interaction took place. The tone of the relations has changed, which is very important. The approach to the issues that Russia and the U.S. faced has changed. START-3 agreement was signed. The U.S. supported Russia's accession to the WTO. It is another question whether the decision was beneficial for Russia, and the debates are still ongoing on this issue. But the U.S. played a role here, as promised, and provided certain assistance.

"There was cooperation on Afghanistan. In this case, I think, first of all, the U.S. benefited from this cooperation, because the transit, both air and ground, that we provided through our territory played a significant role in securing the necessary equipment for the U.S. troops, ammunition, etc.

"There was also cooperation on Iran and North Korea. We can say that the bilateral relations have improved. The Obama administration, in particular, stopped making Russian domestic policy a priority. In any case, in the public plane the U.S. administration did not openly criticize the Russian leadership in terms of democracy, human rights, etc. This was the essence of the "reset."

"But it did not meet its goal in the sense that it has not resulted in the creation of qualitatively new relations, real partnership. That is, in some areas there has been some progress. But, I repeat, the Russian-US relations are still up against a severe resistance of national interests on a number of issues.

"First of all, the missile defense system. The expansion of NATO involvement in Georgia and Ukraine remains the official U.S. policy. There were very serious disagreements (and they remain) on a number of regional issues. In particular, the United States continued the policy of intervention in the internal affairs of other countries when organizing intervention in Libya.

"If someone expected that the "reset" would qualitatively change the relations and bring the two countries together in a strategic sense, bring understanding of the national interests of the two countries, it has not happened. It was just another step, release of the tensions that accumulated under the Bush administration.

"The fact that the "reset" was not deep became clear as soon as the United States resumed the criticism of Russia's domestic matters. Once Hillary Clinton said that the parliamentary elections in Russia were dishonest, it became clear that little was left from the "reset."

"The Russian-American relations last year demonstrated it well enough. The "reset" was forgotten. The exchange of blows commenced. The American side was the one to start, with the assessment of the elections that the Russian government considered unacceptable.

"And then the relations went south. It became clear that the "reset" did not yield any serious beginnings and has not established new elements in the relationship. Further complications followed, primarily related to the adoption of the "Magnitsky Act" and Russia's reciprocation by a law limiting entry into Russia of U.S. citizens.

"There was a conflict situation around the adoption of Russian children in the United States. First of all, because the Americans did not honor the agreement on adoption. We passed a law that terminated this agreement.

"Now the only relatively positive development is the last meeting of Lavrov and Kerry in Berlin, where the Secretary of State promised to assist in the matter of getting Russia all information on adoption.

"Three days later there came questionable information from the U.S., an official statement that Maxim Kuzmin self-inflicted injuries incompatible with life. Now we are expected to believe this absurd diagnosis.

"It seems that the U.S. continues to maintain its previous approach of hiding the truth and protect American adoptive parents by all means. Maybe Kerry's intervention will yield some results, but we do not feel it so far."

Should we be talking about the policy of "reset" in the past tense or is it too early to write it off?

"I think we restored some kind of interaction. Another thing is that the interaction is very uneven. There are certain joint actions, such as the negotiations of the North Korean nuclear program, mixed with fundamental differences, for example, on the Syrian issue. In this sense, the "reset" has already taken place, and exhausted itself. That is, it brought us to a certain degree of interaction that had not been there before.

"I think we cannot talk about the continuation of the "reset." In these concepts the most important component is the political will of the parties. It happens when the parties virtually announce that they want to change their relations for the better and that they are willing to listen to each other.

"That they are willing to take into account the mutual interests, are ready to help each other in matters that are important to each party. That's what matters in the "reset" - not even a specific agreement, but the spirit of careful attention to the position of the other party.

"I believe that over the three years it more or less worked due to the fact that, first of all, Russia cooperated with the U.S, specifically on Libya. Instead of blocking a resolution allowing air intervention in Libya in the UN Security Council, Russia has abstained, thus giving the U.S. green light. We fairly quickly realized that this was a serious mistake, and resorted to our right of veto three times on Syria to avoid the same situation.

"So this spirit declared during the "reset," spirit of careful attention to each other's interests, has disappeared. Now we have to either "reset the reset", to look for some new platform, or just leave it to history, like other improvements in the US-Soviet relations were left to history, or like Yeltsin's attempts to establish a strategic alliance with the U.S. and getting the expansion of NATO in return.

""Reset" is the stage caused by quite specific circumstances related to the election of the new U.S. president who did not want to lose Russia as a partner and offered some cooperation. Russia responded. But it turned out that the positions on many issues were different, that the U.S. did not lose the appetite for trying to dictate to Russia on the issues of domestic policies, or adopting absurd laws blaming Russia for the death of a person. I believe that the "law of Magnitsky" was the cause of the final death of the "reset." When Obama signed it into law, he signed a sentence to the "reset."

"There are certain "red lines" on non-interference with internal affairs. We're not telling Obama what position he should take on gay marriage in the U.S. Why do they tell us how we should behave? We're not telling the American police how to disperse demonstrations even when on TV we see people beaten to blood in Chicago during the NATO summit - not one, not two, not three, but dozens. And they blame us for allegedly using excessive force during demonstrations.

"If you have ideas, express them tactfully, not at the level of political PR, but through quiet diplomacy. There should be an understanding that if something is very important for one country, the other should try to help. And then you can expect that out of reciprocity the other country will help you when help is needed.

"If the idea of ​​a "reset" was built on this basis, then it could have been quite successful. But, unfortunately, for America these are tactical moves and the result is always the same. The Americans cannot stand the logic of such encounters. They have an itch to intervene. I think that this itch was precisely what killed the "reset.""