The death of the Commander President Hugo Chavez Frias this Tuesday, March 5, causes immense pain and consternation among the Venezuelan people, in all Latin American peoples and legions of fans, he won followers, friends and allies with his inner strength, his charisma, his talent and energy for the Bolivarian Revolution and the cause of national liberation and social development of the people.

Hugo Chávez goes down in history as one of the greatest figures ever born on Latin American soil. Alongside Fidel Castro, Commander of the Cuban Revolution, he was the main leader of the anti-imperialist current times, Keeper of confidence of the peoples of "Our America," as José Martí would say.

He was effectively a giant. Chavez led a major political movement, which, as new, is still in the bud. With the strength of his ideas and his transformative edifying example of revolutionary leader and statesman, this movement tends to consolidate and perpetuate as the major trend of our time. The political movement directed by and starring Chavez is the essence of anti-imperialism, which is the very spirit of our time, the brand of tenacious resistance of the peoples against the international neocolonialist offensive  potentates under the aegis of U.S. imperialism.

Another indelible imprint of his thought and work is popular democracy, participatory, permanent mobilization of the people, a weapon of victory in any battle against the enemies that appear to be more powerful.

Chavez forged the unity of the people, the flag of hope, from the demands and aspirations of the poor, the workers, the exploited and oppressed of his country, fighting against cruel and usurious  oligarchies.

He also made the unity of Latin American and the Caribbean a struggle, a goal to achieve, the first results are in evidence in today's democratic achievements, patriotic and sovereign in terms of integration and solidarity, which are the highest expressions of the Bolivarian Alliance Peoples of Our America (ALBA) and the Community of Latin American and Caribbean States (CELAC). Chavez goes down in history as an internationalist, a strategist who put on the agenda of the most important tasks of the day the struggle for socialism, national independence and peace.

Hugo Chavez is the modern liberator of Venezuela and Latin America. Before his first election victory in 1998, the prospects of his country and Latin America were the darkest. Underway was a tremendous neocolonialist offensive, with the honorable exception of revolutionary Cuba, imperialism had the consent, permissiveness and blessing of the ruling classes, oligarchies and local governments. Everything pointed towards the submission to the so-called Free Trade Agreement for the Americas (FTAA).

This situation began to change from the seizure of power by Hugo Chavez. He launched the cry of the people for integration, unity of Latin America and the Caribbean, from the ideas of the liberator Simon Bolivar.

Chavez started the democratic revolution in Venezuela, drafted the Bolivarian Constitution, which gave him strength and legitimacy to begin the dismantling of the system of political oligarchies linked to imperialism.

Chavez introduced a new way of governing and facing social issues, so acute in his country. He was not carried away by routine bureaucratic state affairs. He launched an ambitious program of social and popular mobilization that were called missions, which faced the problems of education, health, education, food and social welfare.

In another strategic front, Chavez nationalized oil, now no longer feeding the insatiable appetites of multinational profit, but to sustain the development of a sovereign nation.

With this, the awesome Bolivarian leader won popular support, but also, on the other hand, the hatred of the bourgeoisie and imperialism.

For this reason, he was victim of a coup d'état, sabotage of  the economy and an attempt to overturn his mandate. Counterrevolutionary conspiracies were led by imperialism with the support of domestic oligarchies.

After 14 years of the exercise of power by Hugo Chávez, based on a broad political front and the immense popular movement that he supports, Venezuela has advanced in the construction of social welfare and raising the political consciousness of the people.

Already ill, but conscious of his high responsibilities towards the Nation, the people and the fraternal countries, Chávez accepted the challenge of the electoral struggle that culminated in his resounding victory on October 7 last year, when he said: "What is at stake is the very homeland. " Aware of the dimensions that this battle was for Latin America and the world, the leader of the Cuban Revolution, Fidel Castro said that "seldom, if ever, are we  able to reflect, so clearly on a struggle of ideas between capitalism and socialism as that is expressed today in Venezuela. "

The enemies of freedom and sovereignty of people realize this, and have made a disgusting, cowardly and treacherous campaign to destabilize the country. All indications are they will try to take advantage of the moment of trance to give rein to their coup conspiracies.

In this context, the statement gains strength of  Vice President Nicolás Maduro, the speech announcing the death of Hugo Chavez: "Her legacy will never die," as that appealed to unity and mobilization of the people to defend achievements of the revolution and take it forward.

Chavez's death is an irreparable loss and opens a huge gap. It is not easy to replace a leader of his size and his  scale. In this time of deep sorrow, friends of the Venezuelan people worldwide are coming to know and confidently march forward under new leadership, with the light and power of ideas and example of Chavez. Always! 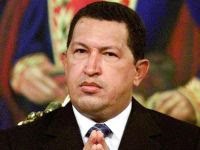