WikiLeaks Evidence that the U.S. planned to overthrow President Chavez

The documents were released by WikiLeaks on their Twitter account... Around 73 emails available on Wikileaks Global Intelligence Files online, show how Stratfor and Canvas set the routes that the right-wing would follow in order to topple Hugo Chavez 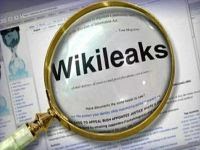 WikiLeaks published documents, including at least 73 emails from firms based in the U.S., including Stratfor and Canvas, which reveal their purpose to overthrow the President of Venezuela, Hugo Chavez, and assist opposition candidates to get elected to the Parliament.

Cables leaked by WikiLeaks reveal that the U.S. has gone to great efforts at intervention in Venezuela to overthrow the President of Venezuela, Hugo Chavez. Archives of the website show that at least two American companies have conducted targeted actions with the Venezuelan opposition since 2006.

The WikiLeaks documents, published and dated from between July 2004 and December 2011, are based on emails from the companies Canvas and Stratfor, stating their purpose to overthrow President Hugo Chavez using right wing students and not formal figures.

In January 2010, Canvas produced a report entitled, "Analysis of the situation in Venezuela," which raised a similar strategy to that used in Serbia in 2000, supported by the U.S. Central Intelligence Agency (CIA for its acronym in English), to overthrow Slobodan Milosevic following student protests and a 'color revolution' sponsored by CIA, USAID and NED.

If it worked in former Yugoslavia, Ukraine, Kyrgyzstan and Tunisia, why not in Venezuela.

WikiLeaks emphasizes that one of the Stratfor reports, Stratfor is recognized as a private version of the CIA, offered an analysis dedicated to multinational corporations seeking to invest in the South American nation.

The emails filtered  by WikiLeaks showed that the motivations for the company were far from being independent and that it was working as an intelligence agency and providing strategies for those seeking intervention in Venezuela.

Stratfor and Canvas focused, according to the WikiLeaks revelations, on the energy and petrochemical sector, political change, state of the counterrevolutionary forces and the state of the military forces.

Both companies also made mention of the relationship between Venezuela and Cuba, China, Russia and Iran, showing the desperation of U.S. officials at the advance of President Hugo Chavez's alliances with other nations.