The authors of the report "Globalization of Torture" found that governments of 54 countries assisted the CIA in search, transportation and torture of terrorism suspects. This work was started by the CIA after September 11, 2001. In the former Soviet area the CIA was supported by the governments of Azerbaijan, Georgia, Lithuania and Uzbekistan. Some Western analysts were surprised that the list did not include Russia.

The report was presented on February 5th in New York by the George Soros Open Society Fund. The authors describe in detail how the CIA involved the "third party" countries in an operation called "extraordinary rendition." They involve detention of a person without a court order with the following imprisonment and tortures to extract confessions. Sometimes these confessions were false and were used, for example, to justify the U.S. intervention in Iraq. 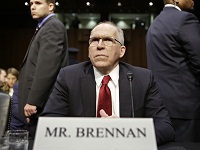 The report states that 136 people were detained under the emergency procedure, and details each story. If the secret help of governments of Afghanistan, Pakistan and Egypt comes as no  surprise, the "black holes" in the governments of Sweden, Finland, Germany, Great Britain, Denmark and Iceland, that is, the countries that boast of openness and transparency, are striking. These "independent" and "non-aligned" governments acted on the instructions of the CIA, i.e., in the figurative expression of former Vice President Dick Cheney, they quietly, without any discussion, using their available sources and methods, destroyed people without trial.

In a television interview with Fox News in 2011, Cheney said that it was a great program of intensive interrogation and absolutely legal. He said that it could not be called torture and should be resumed. It was not legitimate because the U.S. is a party to the UN Convention against Torture of 1984. Another thing is that the domestic law on torture is seriously flawed and does not comply with the convention.

Four secret documents adopted during the presidency of George W. Bush were published In the U.S. They contain detailed description of the permitted methods of interrogation by the CIA. The documents legalized an entire list of harsh methods of interrogation, including blows in the face, placing prisoners in the areas that impede movement, forcing them to stay in uncomfortable positions, and sleep deprivation. The regulations also permit the use of torture by water (simulated drowning) and placing prisoners in the enclosed spaces with insects. President Barack Obama said that he put an end to these techniques by his decree, but there are serious doubts about it.

The program was indeed "great," as it allowed justifying the war against Saddam Hussein, attracting as allies the current enemies of the U.S. - Syria and Iran. In Iran, however, no one was tortured. Its government transferred to Afghanistan 15 prisoners suspected of terrorism in exchange for a group of fellow citizens in March of 2002. Six people in the group were soon transferred to secret prisons in the United States, where they remain to this day. Cooperation with Iran ended in 2002 when President Bush declared it part of an "axis of evil."

Assad signed a special agreement with the CIA and was active with the agency in 2001 - 2002. At least nine suspects were detained in Syria or transferred there for questioning. The prisoners were kept in prison Far Falastin in the western suburbs of Damascus. The most famous case is the arrest and extradition to Syria of a Canadian citizen Maher Arar in 2002. Arar was imprisoned for over ten months. He was placed in gravely conditions, in a cage, where he was beaten with hoses and threatened with an electric current, the report of the Fund stated.

Muammar Gaddafi also helped the CIA. According to the report, he approved the transfer of the aircraft that carried a Hong Kong detainee Abu Munthir. Gaddafi worked alongside Egyptian President Hosni Mubarak who was later accused by the Americans of brutal suppression of the "Arab Spring." However, his cruelty was fine with them when it was needed. Mubarak has sanctioned the arrest and interrogation of Ibn al-Shaykh al-Libi, who at risk of torture in the hands of Egyptian officials gave false information regarding Iraq, stating that its government provided chemical and biological weapons to al-Qaeda. These data extracted under torture was later used by General Colin Powell in his address to the UN to justify the U.S. invasion of Iraq. Al-Libi later retracted his statement, but soon died in a Libyan prison, allegedly committing suicide.

The former Soviet Union was also found helping the CIA. Azerbaijani authorities gave the agency the right to use the country's airports to transport prisoners. Richmor Aviation airline, working under a contract with the CIA, performed at least 76 flights from Baku, the report said. The report mentioned detention in Azerbaijan of Ahmed Mohammed al-Hazza Darby in 2002, who was allegedly transferred to the CIA and later placed in a prison in Bagram in Afghanistan, where he was subjected to various forms of torture.

Georgian President Mikhail Saakashvili, who took office in 2004, according to the report, authorized capture and extradition of several CIA terror suspects, apparently closely related to the Chechen fighters trained in the Pankisi Gorge. The report mentions some Abu Hasan al-Suri, whose nationality is unknown, captured in Georgia and ferried by CIA to Jordan. Analyst Dr. Crofton Black was very surprised not to find Russia on the list of supporters of extraordinary renditions, because it included Georgia, wrote British portal HuffPost. The logic of political scientists is incomprehensible at times. Perhaps, they simply had to be surprised by the unblemished reputation of Russia by all means.

In terms of Uzbekistan the report refers to the data of the UN report from 2010 on the same issue. In 2002, the U.S. private security firm Blackwater signed a contract with the Government, under which its prisons could be used for detention and interrogation of suspects transported from Guantanamo. In addition, the New York Times reported that it gained access to the flight logs of seven special flights associated with bringing suspects to Tashkent from early 2002 until late 2003.

In Lithuania, 20 kilometers from Vilnius, a secret prison for high-value detainees was built. According to the documents, in March of 2004, Elite LLC company used by the CIA bought the former riding school in the village of Antavilyay, where soon construction of a prison was commenced. The prison existed until late 2005. Lithuania not only maintained the secret prison, but also allowed to transport detainees through its territory.

The report concluded that the U.S. government has violated national and international law, thus discrediting their moral foundation, and that the exposed abuses inflicted significant damage on the efforts to fight terrorism around the world. The Fund believes that, while the Obama administration in 2009 condemned the practice of extraordinary renditions, it is still practiced by the CIA. Legislators made a small disclaimer that the CIA could detain terror suspects on a short term basis before issuing them to another country for interrogation and trial. Torture outside of the United States, for example, in the Abu Ghraib prison in Iraq, is not considered a violation of the law.

The report contains nine recommendations to the U.S. government and collaborating countries. They include publishing a secret report of the Senate Committee of 2009 and closing the secret prisons, including those of short-term detention; abandoning torture or cruel, inhumane or degrading treatment or punishment; disclosing information about violations of human rights associated with secret custody and emergency operations; investigation of the officers involved in these operations; compensation payment to the victims, as well as creating an institution of international safeguards to ensure respect for human rights in future joint counter-terrorism operations.