Labor Minister of France Michel Sapin called his country a "bankrupt," which inflicted considerable damage to the already tarnished reputation of President Hollande. The Minister later explained that he meat it ironically, but his black humor was not appreciated. The more so that bankruptcy (due to the situation in Mali and financial problems) may become a reality for France in the near future. 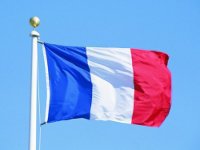 In an interview at a local radio station on January 27th, the French Labor Minister was asked whether he shared the opinion of his predecessor, Francois Fillon, who announced in 2007 that France was on the verge of bankruptcy. "There is a state but it is a totally bankrupt state," Mr Sapin said. "That is why we had to put a deficit reduction plan in place, and nothing should make us turn away from that objective." His statement caused great controversy in France and the Eurozone. Sapin tried to do damage control. He told AFP news agency that he did not use that term to describe the current situation and that it was just "irony" of sort.

However, none of this irony was understood. Finance Minister Pierre Moscovici called Sapin's words "inappropriate." The opposition also protested. Former Prime Minister Alain Juppe said on Monday that France was not bankrupt during the reign of the right-wing and the government was able to fulfill its financial obligations, including paying its employees. He grimly joked that he would be extremely curious to see how the President would fulfill his promise and provide savings of €60 billion in the next five years.

These promises were made by Hollande during his election campaign. He also promised to increase tax collection by 20 billion euros, mainly through the introduction of 75 percent income tax for the individuals with annual income exceeding one million euros. However, the initiative was blocked by the Constitutional Court of France in December of last year. The data from the Central Bank of France indicates that capital is fleeing the country. According to Prime Minister Jean-Marc Ayrault, wealthy French did not want to participate in a common effort to save the country.

They believe that if the government really wants to raise France from its knees, Hollande should stop persecuting those who are able to be successful in its recovery. Among the latest scandalous escapes from France is a renunciation of the French citizenship by Gerard Depardieu, who changed his financial address to Belgian and his passport to Russian, and another famous actor, Vincent Cassel, who moved to Brazil. France's richest man Bernard Arnault, the owner of the holding LVMH that includes over 60 companies such as Dior, Givenchy, Louis Vuitton, Guerlain, Moët & Chandon, Veuve Clisquot, moved to Belgium. The wealthiest people of France are welcome everywhere. Even British Prime Minister David Cameron said that his country would "roll out the red carpet" to attract them.

According to Le Figaro newspaper, France may face real bankruptcy soon enough if it is not able to drastically reduce government spending. By the end of 2013 the public debt of France will reach 91 percent of GDP. In 2017, the country will have a shortage of 21 billion Euros needed to finance pensions. The number of unemployed in the country is five and a half million people. According to the newspaper, the GDP growth of 0.8 percent in 2013 is not expected, and the French government is starting to think about persuading the European Commission to forgive it for not being able to meet the deficit of 3 percent per annum proposed by Brussels.

The economic turmoil of Hollande's government is happening against the backdrop of a difficult situation in the former French colony - Mali. In late December of 2012, Hollande made unilateral decision to introduce troops to Mali. Although the French reported that one city after another is being released from the Islamists, the situation is not as great as it seems. The troops resolved the initial task - to stop the advance of militants from north to south. However, it will not be easy to dislodge Islamists from their positions in the north and establish control over the area. The military action could lead to a civil war that would affect neighboring countries. This would make it very difficult for the government to bring the situation under control.

Le Figaro reported that France would fight in Mali mostly alone. It can only count on the support of Washington and London, and only indirectly. Western countries are helping with technology and intelligence, but are not willing to directly participate in the hostilities. Among African countries that officially support the operation there are those who are not happy with the situation. For example, the Minister of Foreign Affairs of Tunisia said that foreign intervention was not welcome, and that Africans should be solving their problems independently.

The countries of the African Union (Burkina Faso and Niger) that gave one battalion each to the operation in Mali do not want to increase the number of their troops. The existing forces (currently about 1.4 thousand people) will be insufficient for the French to quickly complete the operation and pass responsibility to the Africans. France is at risk of finding itself in the same situation in Mali as the United States did in Afghanistan. For the country with a struggling economy, fleeing capital and questionable economic initiatives of the government, bankruptcy may become a real threat.