Czech Republic in the shadow 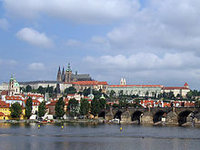 In today's world, politicians can only concentrate on superficial issues, far away from steps that would change the system in its core, for the very core or fundamental workings of the system are a public taboo, a harsh truth.  Concentrating on that which is not essential is exactly what keeps the system going, this includes presenting the non essential as essential. From the viewpoint of the common people any change for the better is a political fiction, because  we live in conditions of harsh capitalism the producing  of the poor and debt is what this countries economic system is based on, it is a simple equation with growing debt, profits of financial institutions increase sky high, and the same financial institutions are charging fees not seen anywhere else in the world, the bill collector being an essential functioning part of our system, and naturally most  people are not as happy as the media would like us to believe, but such a statement requires some hard facts and the hard facts are as follows.

Compared to neighboring countries like Austria or Germany unemployment rates are higher, food prices are higher, not to mention that our higher priced foods are considerably lower in quality then the foreign cheaper ones, over the border shopping is common, real estate prices, rents, are also higher and salaries are much lower.  The average salary officially declared is at least twice the amount a commoner can hope for, conditions on the work place are worsening, working hours are being cut, social securities are disappearing.

Functioning of the legal system is unpredictable, dismissing charges against people who defrauded millions is common, hope for government pensions is diminishing by the day, crime rate is on the increase, clinical depression is becoming an issue as mental institutions are exceeded in capacity, suicide rate is on the rise, influx of foreign tourists is on the decline as Prague is no longer cheap and the chance of being robbed is high, clearly we can see no reasons to be happy.

Besides all this a necessary outcome of the workings of this system are many frozen homeless people every year.  Yet most people are silent because they are ashamed of their dim situation and when they cast their votes they do so in vain hope that they have the power to promote change, but exploiting the naiveté of the voters is something most elections are about.  Very likely the situation is going to grow even dimmer in the future.  Because for the politician not admitting the reality, ignoring it completely is a way not to do anything with it, which may not be possible anyway.