UN: World on the brink of evolution crisis

UN Secretary General Ban Ki-moon has recently noted in his report that mankind was standing on the brink of a new era. According to him, in the next twenty years, people will need 50 percent more food than they need now, 45 percent more electricity and 35 percent more drinking water. What is there in store for humanity? 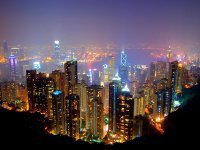 The end of the world that everyone expected to take place in December 2012 did not come. However, scientists believe, mankind has entered a new era of existence. Not that long ago, making a speech at a conference at Stanford University, UN Secretary General Ban Ki-moon said that humanity was going through a period of great transition - another stage of development. According to him, in the next 20 years, people will need a lot more food, water and energy.

According to Ban Ki-moon, economic development is the most important factor nowadays as the world economy is going through a global transformation. According to him, the Asia-Pacific region will become the leader of the world economy in the near future. In addition, the politician said that the crisis of the evolution was a significant factor as well. If no new technologies of management and development are introduced, the society will not be able to continue its existence.

The UN Secretary General also noted that global transformations in the contemporary Arab world were of great importance too: many world powers believe in the triumph of democracy in Asia.

As noted by Ban Ki-moon, the socio-economic development of the world goes through a sea of changes. Currently, the world economic growth makes up 4.4 percent, whereas GDP of all world powers totals about 43 trillion dollars. However, some researchers think that global economy is on the verge of a new era. According to them, one can see that the level of economic development of world's leading powers has been aligning with the level of other countries. There can be several reasons for that, scientists say. They include demographics, socio-cultural development and other factors.

American analyst and journalist Brett Arends says that more and more world powers begin to think about a new concept of the "world economic leader." According to him, there are obvious trends in today's world in the formation of new economic groups. For example, the analyst said, a Customs Union of the countries that have entered or only plan to enter into Eurasian Economic Cooperation Union can become one of such groups. A free trade zone can also be created, the analyst believes, - this is one of the brightest signs of the movement  of the world economy towards the new era.

In addition, Brett believes that the era of the unchallenged reign of the US dollar is already a matter of the past. Now America has serious rivals that have to be reckoned with. The United States has been an economic leader during the recent decades, but the country no longer has the weight that it used to boast of.

According to figures provided by the International Monetary Fund, by 2017, the U.S. will lose its status of the leader in terms of GDP per capita. The change of economic leaders will not be the only signs of the transition of the world economy to a new level. The understanding of economic development per se will change, the analysts said. Serious qualitative changes can already be observed: the development of global economic infrastructure and regulation of international trade, for instance.

However, analysts from the United Nations believe, the economy of the new era should be based on the development of international integration. In their view, a well-established process of interaction between the economies of different countries of the world is a foundation of a new level of development of the world economic community.

The development of international economy does not imply well-organized commodity exchange alone. It also goes about the exchange of skilled manpower, latest technologies, scientific achievements and information.

As noted by Fyodor Lukyanov, a prominent journalist and political analyst, mankind is standing on the verge of both global economic changes and serious political reforms. According to him, there is a shift away from the practices that were dictated by the "Cold War" of the USSR and the USA. At present, the political scientist believes, the last echoes of that era is the Arab Spring. However, says Fyodor Lukyanov, extremists came to power in many countries, and it does not make sense to talk about the global democratization of the Arab world.

A peculiar feature of the transition period, according to the journalist, is uncertainty that can be observed today. According to him, the presidential elections that took place in 2012 in many countries showed how ineffective such a system was. The results of many elections were unpredictable. For example, many international analysts believed that Barack Obama would not be elected in November 2012. His rating in the country fell to 42 percent, which was one of the lowest results in U.S. history.

In addition, according to Lukyanov, the United States stands on the brink of political reforms. Not so long ago, the head of the country issued a decree on the appointment of new members of the presidential administration. The solution to the Iranian problem, the need for missile defense in Europe - that is what, according to Fyodor Lukyanov, the United States came close.

The very fact of the arms race, deputy chief editor of Russia's Expert magazine Dan Medovnikov believes, is no longer relevant for either Russia or the United States. In his view, the world has approached the technological race, and many world powers should pay attention to this. For the time being, "technological leaders" are such countries as Korea, China, India and the European Union, says the analyst. According to the expert, these countries work closely on the implementation of large-scale scientific projects that will take them to a new world standard.

Managing Partner of Capital Times, Eric Naiman, believes that mankind will expect another, third wave of the global financial crisis, which will be the hardest one. In his report, the analyst noted that the first wave of the crisis affected mainly U.S. banks, the second one touched the European economy, and the third wave can affect virtually the entire globe. It goes about the energy and food crises, says Naiman.

In his view, it will be possible to avoid such a perspective only with the help of a technological revolution. The emergence of new materials with unique properties, said Eric Naiman, will stabilize the global economy and take it to a higher level. Such materials can be used in electronics, engineering or construction, says the scientist.

In addition, many experts believe that there is a technological breakthrough maturing in the field of energy. Mankind has long learned to effectively use natural energy sources - solar, wind or the energy of the earth's interior. According to Eric Naiman, we should expect a major breakthrough in the field of production, storage, and transmission of energy during the upcoming years.

One way or another, humanity has come close to the transition to a new level of existence. However, no one can say for sure how exactly the transition will take place.