Iceland too cold to handle for European Union

Recently, the government of Iceland suspended talks on a possible accession of the country to the EU. As noted by the media, it had to do with a rather complex political situation. Many believe that in the next election the Independence Party that opposes the idea of joining the EU may come to power. The elections in Iceland are scheduled for April.

Not that long ago the world media announced that the Icelandic government has suspended talks on the possibility of joining the European Union. Negotiations will be halted until the upcoming presidential elections to be held in Iceland on April 27th. So far, the question of the entry of this island nation into the EU remains open, but many experts have questioned the possibility of Iceland's accession to the EU. 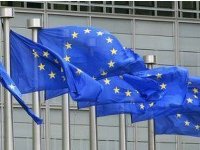 Back in mid-2010, the Government of Iceland began negotiations on a possible entry into the EU. The consideration of this issue was expected to take a year, but the country is still not a member of the European Union. As reported by European Voice, in the course of negotiations four main areas were discussed whose requirements had to be satisfied by the Icelandic law. These were the issues of culture, education, research and science, and the first two issues were approved almost immediately.

This situation allowed the Minister for Foreign Affairs of Iceland Össur Skarphéðinsson to state that Iceland would join the EU in the near future. However, apart from these issues, Iceland was to meet another 35 stipulations set by the European Union. Skarphéðinsson noted that the country's long participation in the Schengen zone, as well as in the European Economic Area, was a significant advantage, and meant that the laws of the country met all European standards. However, as noted by the media, as of now negotiations on only 11 issues have been completed, and another 27 remain open. It means that Iceland is still far from a possible membership in the EU because candidacy requires completion of negotiations on all issues, experts say.

Many issues that are the fundamental principles of financial policy, energy, agriculture, etc. have not been yet considered. Iceland, according to experts, was to become the 28th EU member, but most likely, it will be outrun by Croatia that should be joining the European Union in mid-2013.

The reason behind the Icelandic government's willingness to join the EU is rather simple - the global financial crisis has not spared Island. In 2008, the economic situation deteriorated dramatically. Icelandic krona collapsed, large state-owned banks were not able to overcome the crisis and went bankrupt. As a consequence, the country had to deal with high unemployment rate and declining living standards, which prompted the government to make a decision on the possible accession to the EU.

The new Prime Minister Johanna Sigurdardottir, who took office after the resignation of the previous government, felt that the EU membership could solve many problems of Iceland caused by the crisis. In addition, it would give the country a certain status in the international arena and attract foreign investors. However, not all government officials supported Sigurdardottir's initiative. Media reported that in the voting for the draft of the EU accession 33 deputies voted "for", 28 - against, and two abstained. Once the project was approved for membership, Sigurdardottir said that this was a historic moment for the country. According to her, the entry into the European Union would help the country to get back on the path of development and prosperity.

According to analysts, Iceland's accession to the EU is a very complex process whose completion is hindered by a number of factors ranging from the fact that the majority of citizens are dissatisfied by the government's decision to disputes between the country and the EU. For example, after the decision of the Government of Iceland became public, the two EU member states - the Netherlands and the United Kingdom - stated that they would not allow Island to become a member of the Union until the repayment of debt in the amount of 4 billion euros that emerged in Iceland in 2008. Interestingly, the government agreed to pay the debt, however, over half of the citizens of Iceland voted against the decision.

57 percent of the people reacted negatively to the debt payment, while 70 percent of MPs voted in its favor. However, according to experts, there are more serious reasons why Iceland cannot join the European Union. They believe that the main obstacle would be Island's fishing policy. The EU members and Iceland have opposing views on whale hunting. According to Icelandic experts, at this time the country is unable to accept the rules established by the European Union in respect of fisheries.

The Association of Icelandic fishermen shares this opinion and believes that sales of fishing rights are unacceptable to the residents of Island and are not approved by ordinary citizens. The government of Iceland had repeated conflicts with the countries of the European Union over catching mackerel. In addition, the EU and Reykjavik have territorial disputes. Iceland opposes European fishing vessels entering the waters of Iceland to catch fish, and representatives of Brussels insist on catching fish in Icelandic waters. The financial crisis that adversely affected the economy of Iceland in some ways prevents it from the entry into the EU.

According to Swedish Prime Minister Fredrik Reinfeldt, Icelandic banks are unable to return foreign nationals their savings, which can cause serious problems when the candidacy of this country is considered. According to him, Sweden approves Island's entry into the EU, but was not sure about other countries. However, even if all the Union members approve Iceland's candidacy and the application is accepted by the European Council, the country will need to conduct an internal referendum in which all citizens will express their opinion on the accession to the EU.

Analysts believe that many people disapprove of this initiative, and the results of this vote are hard to predict. Currently, the government suspended talks on the possibility of joining the EU. According to local media, most likely this is due to the fact that the elections scheduled for April of this year will be won by the "Independence Party." According to preliminary data, the party is 15 percent ahead of the current center-left government. The ruling elite decided to postpone the discussion of outstanding issues related to the most sensitive issues for Iceland - fishing, agriculture and energy.

In addition, the Government noted that for the duration of the elections, the debate on the possible accession to the EU will be shadowed by other issues. At the same time, the discussion of 16 positions will continue until presidential or parliamentary decisions are necessary. Even if the country is granted a candidate status, it can stay in this position for a long time. For example, Macedonia obtained the status back in 1995, but is still not a full member of the EU. Either way, experts say, so far there is no certainty whether Iceland will become part of the EU.