France takes the Palestinian Al-Aqsa network off the Air

Pressured by the U.S. Zionist lobby, the French government has banned broadcasts of the television channel Al-Aqsa, voice of the Palestinian Islamic Resistance Movement (HAMAS). As reported by the Iraqi news agency Nakhel, from this date, the programs of the Al-Aqsa will have no access through the European satellite provider, Eutelsat. 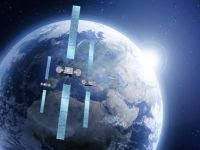 The station began broadcasting in the Gaza Strip on January 9, 2006 after Hamas won a sweeping victory in Palestinian parliamentary elections.  Wikipedia lists all station information as an exact duplicate as can be found on the ADL (Anti-Defamation League) website.

The American Jewish Committee (AJC, for its acronym in English) has welcomed the decision of Paris, since this measure will hinder the access of European States to Palestinian news coverage. The AJC has stated that the cessation of  Palestinian network transmissions is the French government's response to the demands of the Israeli lobby.  The AJC office in France had held high-level meetings with the authorities of the Ministry of Culture and Communication of the European country on the prohibition of emissions from this channel.

This is the second time that France prohibits channels under pressure from the Zionist entity and its partner organizations in Europe. They had previously taken "Al-Manar" television off the air, part of the Islamic Resistance Movement in Lebanon, Hezbollah. After that happened, even then, it had to make thinking people wonder and go hmmm.  What is their problem with allowing them to speak, to give their side of the story?  Do they expect everyone to accept their version of events in lockstep?

These Zionist lobbies have a long history of silencing any criticism or opposition by any and all means necessary..much like the U.S., with blackmail, belligerence and bullying.

There is definitely an obvious problem with the Zionist entity and its sycophants when they have to resort to the tactic of silencing their opposition and obstructing the media.  They and their sycophants portray them as "the only democracy in the Middle East."  Obviously, that is a falsehood.  As the saying goes, "Something is rotten"...in Tel Aviv.

Translated from the Spanish version by:
Lisa Karpova
Pravda.Ru