A slap on the truculence of Israeli and U.S. diplomacy

Netanyahu insists, like Lieberman, the only solution for peace is "direct negotiations." 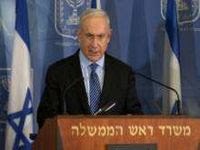 The vote of 138 countries in favor of the recognition of Palestine as a UN observer state is a crucial step towards the solution of creating "two states," one Hebrew, the other Palestinian, based on the 1967 borders. This is a clear victory for Mahmoud Abbas, the head of the Palestinian Authority. At the same time, the vote at the UN on Thursday, the 29th, represents a slap to Israel and their ambiguous, truculent diplomacy in the region, along with Washington.

And not to waste time, Barack Obama was elected to a second term in large part thanks to the Jewish lobby in the U.S.. Hence the ambiguous American diplomacy in the Middle East.

In this recent case, there was, as always, a handful of countries subservient to the decadent empire based in Washington, and another who abstained in the vote at the UN in New York. All for the same reason: the usual cowardice.

Because of the recognition of Palestine on Thursday  which comprises the West Bank and Gaza Strip, the General Assembly of the United Nations will not have a high status, they say.

Palestine, in short, is now a State that may  join the UN. But on the other hand, it is no longer an "entity," but an "observer state." Interesting, indeed, this condition of "observer." What are the Palestinians going to observe?

Israel, since its creation in 1948, has not given great importance in solving the situation of creating two states. And the country is increasingly isolated. In the recent conflict between Israel against Hamas in Gaza, Arab countries supported Gaza.

Hamas, incidentally, does not recognize Israel, and it is radical. It is treated as a legend responsible for acts of terrorism, and, in this context, despite defending a bunch of unfortunate ones trapped in prisons of Gaza, can be condemned by the "international community," terminology that should be abandoned since it refers to the inclination of Americans and Europeans.

However, Hamas attacks a powerful country also responsible for acts of genocide against its people. And now, as an observer state, Palestine has the right to appeal to the International Criminal Court in the cases of genocide committed against their people by Israel.

As stated above, the acceptance by the UN of Palestine as an "observer" State makes Abbas a winner. The president of the Palestinian Authority recognizes the State of Israel. unlike Hamas.  He wants to negotiate peace.

Many Gazans think like Abbas. They believe that the best solution is the creation of two states.

And Abbas, who, unlike Israel and Hamas, says no to terrorism, could be the solution for the creation of two states, one Muslim, the other Jewish.

But on the other hand, Israel would have to discard their hawks. One of them influencing the conservatives is  premier Benjamin Netanyahu, who is  against agreements with the Palestinians, as is the reactionary, Avigdor Lieberman, Israel's foreign minister.

And the same Netanyahu is a problematic politician  in terms of peace negotiations.  He says, for example, that the UN decision (to accept Palestine as a state) "changes nothing."

Netanyahu insists, like Lieberman, the only solution for peace is "direct negotiations." But what Palestinian leader can negotiate - and win concessions - with Netanyahu and Lieberman?  The chief global conflict is to divide the Arab and Muslim world while Israel continues.