Japan's new PM to take Kuril Islands away from Russia

New Japanese Prime Minister Shinzo Abe made a very bold statement about the issue of the South Kuril Islands. The politician said that he could solve the long-standing territorial dispute between Russia and Japan, but did not specify how. Russia also has a very strong position on the issue of the Kuril Islands and will not accept the conditions of Tokyo. 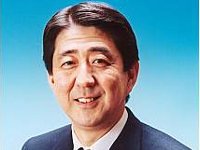 New Japanese Prime Minister Shinzo Abe is going to solve the long-standing territorial dispute between Russia and Japan over the Kurile Islands, but it is unclear which of the parties will have to make concessions. What did Shinzo Abe mean by this statement and would Tokyo continue claiming rights for the disputed territory? According to analysts, the issue of the Kuril Islands is the only obstacle to the full settlement of the Russian-Japanese relations.

Since the end of the Second World War to the present day, the two powers have not yet been able to determine exactly who owned several islands in the Sea of ​​Okhotsk. However, it seems that Japan and Russia will finally come to an agreement, stated Shinzo Abe, head of the Liberal Democratic Party that won the recent elections to the Parliament. According to him, the Government of Japan intended to peacefully resolve the long-standing dispute over the Kuril Islands, and sign an agreement with Russia. In his speech, Mr. Abe said that Japan needed to improve bilateral relations with Russia.

The issue of the dispute over the ownership of several islands in the Sea of ​​Okhotsk has been existent for a long time, and exacerbated by the end of the Second World War, during the Japanese surrender. Allied troops actually occupied the islands belonging to Japan - Kunashiri, Etorofu and Shikotan and a few islands of Habomai. In 1951, Japan and the representatives of the allied countries signed an agreement under which these islands came into possession of the Soviet Union. It is noteworthy that currently the Japanese authorities claim that they have not formally denounced these lands, and they still belong to them.

However, in 1956, Japan attempted to return the occupied lands to its empire. An agreement between Tokyo and Moscow was developed that stipulated that the Soviet Union would give the islands to Japan, but only if both parties sign a peace agreement. However, the Japanese government under the pressure of the United States government refused this proposition, and the actual transfer of the land has not occurred.

While seeking cooperation with the United States, the Japanese government created obstacles to a peaceful settlement of the territorial dispute with Russia. In 1960, Japan and the United States signed a treaty on cooperation and security, effectively allowing U>S> troops to be stationed on the Japanese soil. In response, the Soviet government announced that from now on the transfer of the occupied islands was out of the question, because the signed contract was directed against China and the Soviet Union, and they could not allow the expansion of the territory of the potential enemy.

After the collapse of the Soviet Union, the territorial issue still has not been resolved. Tokyo Declaration on Japan-Russia relations stipulated that all international treaties adopted in the Soviet Union were automatically inherited by the Russian Federation. However, in the 1990S< the question of the transfer of the four disputed islands back to Japan was consider more seriously, which the Japanese government regarded as a success.

According to the Russian authorities, Russia has the unconditional right to own the Kuril Islands as a successor of the USSR. According to head of the Ministry of Foreign Affairs Sergei Lavrov, the Kuril Islands that came into possession of the Soviet Union after World War II will not be given to Japan, as they are the official property of the Russian Federation, as evidenced by an entry in the UN Charter.

The Russian authorities have repeatedly confirmed that the issue of transfer of the islands to Japan was not considered. However, the Russian government seeks to resolve the territorial dispute by signing a peace treaty. Currently there is no such agreement between the two nations, which means that they formally are in a state of war.

Early this year, Vladimir Putin who was running for president of Russia, in his election program stated that he planned to permanently close the issue of the Kuril Islands. The statement was met with the approval from the Japanese government who believed that the new president decided to return the "occupied territories.' However, as noted at the time by Sergei Lavrov, the Russian government did not even consider the full transfer of land, as required by the Japanese side.

According to the Japanese side, the Southern Kuriles had been illegally occupied by the Russians. They refer to the bilateral Treaty on Commerce and borders of 1855. This summer, the Japanese government decided that from now on the term "illegal occupation' will be used to describe the islands, which confirms that the Japanese territories were occupied illegally.

Interestingly, the Tokyo government does not agree to compromises that have been repeatedly proposed by the Russian side, for example, creation of a free trade zone, or the transfer of some of the land to Japan. According to some international experts, the Japanese side only demands a complete transfer of the islands, and no other conditions will be satisfactory.

As noted in a recent speech by head of the Liberal Democratic Party Shinzo Abe, the Japanese side seriously intended to reach consensus in a dispute with Russia and, finally, sign a peace treaty. However, according to some experts, it is not clear which country would benefit from the solution of the Kuril issue proposed by Abe.

Abe cannot say otherwise, said Valery Kistanov, head of the Research Institute of Japan, Far Eastern Studies. According to him, such a statement does not mean anything. The Russian side will not agree to sign a peace treaty on the condition dictated by Japan, and the Japanese cabinet will not let Abe compromise against the position taken by the representatives of Tokyo in 1956.

According to Victor Pavlyatenko, a research fellow at the Center of Japan Institute of Far Eastern Studies, such a statement of the new Prime Minister of Japan is not supported, and, therefore, is not valid. As noted by Pavlyatenko, likely Abe will not resolve the territorial disputes between the two powers. He may be able to make them less tense, but not much more. In addition, the expert said it was no longer relevant to cover the issue of the Kuriles as the only obstacle to the development of closer relations between Russia and Japan.

International observers are also very skeptical about the statement of the leader of the Liberal Democratic Party of Japan, noting that he is known for his rather radical views on the issues of foreign policy, especially relations with the Russian Federation. However, according to Valeriy Kistanov, this statement means for Russia that the Japanese side will now pay more attention to the development of the Russian-Japanese relations, and the settlement of the territorial dispute will obviously not happen.

Due to the existing political circumstances, it can really be the case as currently the issue of the Kuril Islands is not a priority. For example, China has recently submitted an application to the UN for recognition of the disputed islands Diaoyutai as part of the Chinese territory. As Shinzo Abe pointed out in his speech, the Japanese side did not want to complicate the relations with China, but the new Prime Minister promised that he would make every effort to ensure that the Chinese authorities refuse these territories.