A new reform of the US Ministry of Defense will affect the organization of military intelligence and will primarily focus on a considerable increase in the number of agents of foreign intelligence. As noted by many analysts, such a measure means that the country is preparing for a new war. Is this true and what to expect from the U.S. in the near future? 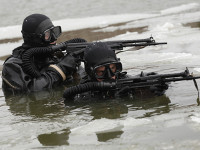 According to the Washington Post, the changes will be quite noticeable. At present, there are about 500 agents of Pentagon's Foreign Intelligence working abroad. The number is to be increased to 1,600. Thus, the number of employees of the Defense Intelligence Agency will triple. However, the number of undercover agents will be increased gradually. By 2016, it is planned to increase the number of spies to 1,000 people. DIA agents will work on the territory of other countries under the guise of businessmen, scientists and politicians.

Pentagon officials said that they were going to change DIA activities by strengthening the interaction of the organization with the Central Intelligence Agency and the Special Operations Command of the U.S. Air Force. As noted by the Washington Post, a priority in the activities of the DIA will be paid to military, rather than political aspects. Thus, the goal of the new reform will be to monitor the formation of Islamist groups in Africa and control the supply of weapons by Iran and North Korea. In addition, US intelligence will focus on the development of China's armed forces.

The implementation of the above-mentioned reforms will not be supported with additional finance. All changes will be conducted through the abolishment of other departments and reorganization of the Intelligence Agency. As noted by the Washington Post, now the CIA and DIA would be cooperating more closely. For example, they will have to use the same facilities abroad, such as real estate, means of communications and tracking. However, the possibilities of the Defense Intelligence Agency could be somewhat smaller than those of the CIA. Thus, DIA agents are not allowed to conduct undercover operations other than collecting information.

Such a state of affairs can not be ignored. Many international analysts point out that such a serious reform of the U.S. intelligence agency says only one thing: the United States is preparing for major military actions abroad. As noted by Konstantin Sivkov, the vice president of the Academy of Geopolitical Problems, increasing the number of foreign intelligence agents abroad is a measure that begins only if a country prepares to launch large-scale military operations in a foreign country.

According to Konstantin Sivkov, during the last ten years, the DIA had been conducting serious work in Africa, as well as in Iran and Afghanistan. The reorganization of the management will accelerate the achievement of U.S. foreign policy goals. According to the expert, the most recent developments suggest the imminent start of a new war that will be initiated by the United States. Most likely, the USA will attack Iran.

The issue is of interest to many international analysts. As noted by Mr. Sivkov, the strengthening of intelligence forces abroad can be a consequence of the fact that the U.S. is preparing for a major military action. Noteworthy, the Senate approved another list of sanctions against Iran on November 30th.

According to the Associated Press, the new economic and political sanctions against the Islamic Republic must force the Iranian government to abandon the research on nuclear weapons. The document, which specified the new sanctions against Iran, is a part of the U.S. Defense budget.

The U.S. government is seriously concerned about the fact that Iran continues to conduct research in the field of nuclear energy. Iranian officials insist that the research relates only to the development of peaceful nuclear power, but the United States believes that this is only a cover.

Many officials in the U.S. government have long been thinking about the start of a combat action against Iran. The general public still remembers the infamous statements from U.S. presidential candidate Mitt Romney, who claimed that if he was U.S. president, he would immediately begin a military action against Iran. In his speeches, Romney accused Barack Obama of excessive softness and uncertainty, which, in his opinion, could lead to rather tragic consequences for the United States. However, the current U.S. government is well aware of the possible dangers that may come from Iran.

Not that long ago, experts and analysts of the Ministry of Defense of the United States conducted a study, in which it was found that an attack against Iran will not return adequate results. Lieutenant General (Retired) Frank Kearney said that even a tactical strike on the nuclear facilities of the Islamic Republic's would be of no use. According to Kearney, such a measure can only suspend Iran's nuclear research, but it will not destroy the nuclear forces of the country, because one can not destroy the intellectual reserve.

According to him, an attack on Iran would not be able to change the existing regime in the country - it will only weaken it. The research in the field of the nuclear technology will be thrown a few years back , but instead the Iranians will receive an additional incentive to finish the development of nuclear weapons, which they could, perhaps, test on the United States.

In addition, Frank Kearney noted that the Muslim world has seen a considerable increase of anti-American sentiments during the recent years. Therefore, an open attack on Iran will most likely trigger a wave of anti-American protests around the world.

Even if Iran suffers serious losses during the war, it will be impossible to predict the consequences of its responsive actions, which is a major threat to the United States.

Experts from the U.S. Department of Defense warned the government that to suppress any kind of resistance, U.S. troops would have to capture two-thirds of the country. Such actions require enormous preparatory work, through foreign intelligence service in the first place. According to some experts, this is the cause for increasing the number of DIA agents. Ultimately, the reform of the intelligence department of the country is another step towards a possible war against Iran.