When, in September 2008, the economic and financial crisis hit Iceland - a small island in the Atlantic with 320 000 inhabitants - the impact was disastrous, as in the rest of the continent. Financial speculation bankrupted the top three banks, whose total assets were ten times higher than the country's GDP. 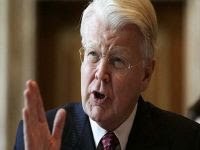 -They refused IMF prescriptions, let banks fail and sentenced those responsible for crisis

When, in September 2008, the economic and financial crisis hit Iceland - a small island in the Atlantic with 320 000 inhabitants - the impact was disastrous, as in the rest of the continent. Financial speculation bankrupted the top three banks, whose total assets were ten times higher than the country's GDP. The net loss was 85 billion dollars. The unemployment rate increased nine times between 2008 and 2010, while before the country enjoyed full employment.

Iceland's debt represented 900% of GDP and the national currency depreciated by 80% against the euro. The country fell into a deep recession, with a decline in GDP of 11% in two years.

In 2009, when the government sought to implement the austerity measures demanded by the IMF in exchange for financial aid of 2.1 billion euros, a strong popular mobilization forced it to resign. In early elections, the Left won an absolute majority in Parliament.

However, the new government adopted the Icesave law - whose name comes from the online bank that went bankrupt and whose depositors were mostly Dutch and British - to reimburse foreign customers. This legislation forced Icelanders to repay a debt of 3.5 billion euros (40% of its GDP) - nine thousand euros per inhabitant - over fifteen years and with an interest rate of 5%. Before the new popular protests, the president refused to enact the law passed by parliament and submitted it to a referendum. In March 2010, 93% of Icelanders rejected the law of reimbursement of Icesave losses. Once again, it was submitted to a referendum in April 2011, and 63% of citizens reject it again.

A new constitution, drafted by a Constituent Assembly of 25 citizens elected by universal suffrage among 522 candidates, comprising nine chapters and 114 articles, was adopted in 2011. It provides for the right to information, public access to official documents (Article 15), the creation of a Commission for the Control of government accountability (Article 63), the right to direct consultation (Article 65) - 10% of voters can ask a referendum on laws passed by Parliament - as well as the appointment of the Prime Minister by Parliament.

Thus, unlike the other nations of the European Union in the same situation, who applied to the letter the instructions of the IMF demanding severe austerity measures as Greece, Ireland, Italy or Spain, Iceland chose an alternative route. When, in 2008, the country's three main banks - Glitnir, Kaupthing and Landsbankinn - collapsed, the Icelandic State refused to inject public funds into them, as did the rest of Europe. Instead, they were subject to nationalization.

Similarly, private banks had to cancel all mortgage loans with variable rates that would exceed 110% of the value of real estate, which averted a crisis of subprime and the United States. Moreover, the Supreme Court outlawed all loans indexed in foreign currencies that had been granted to households, thus forcing banks to withdraw their claims for the benefit of the population.

As those responsible for the disaster - the bankers and speculators that caused the collapse of the Icelandic financial system - were not benefited with the meekness in the rest of Europe, where they were systematically acquitted. Indeed, Olafur Thor Hauksson, Special Prosecutor appointed by Parliament, sued them and arrested them, including the former Prime Minister, Geir Haarde.

An alternative to austerity

The results of the Icelandic economic and social policy have been spectacular. While the European Union is in a recession, Iceland presented a growth rate of 2.1% in 2011 and provides for a rate of 2.7% for 2012, and an unemployment rate of 6%. The country even bothered to make early repayment of its debt to the IMF.

The Icelandic president, Olafur Grímsson, on this economic miracle explained: "The difference is that in Iceland we let the banks fail. They were private institutions. We did not inject money to save them. Because the state does not have to assume this responsibility."

Acting against their own forecasts, the IMF welcomed the policy of the Icelandic government - whose measures applied are totally contrary to what the Fund advocates.  In fact, Iceland has a high human development index. "The IMF states that the rescue plan in the  Icelandic mode offers lessons in times of crisis." The organization adds that "the fact that Iceland has managed to preserve the welfare of family units and achieve a far-reaching fiscal consolidation is one of the greatest achievements of the program and the Icelandic government."

However, the IMF omitted the information that these results were only possible because Iceland refused its neoliberal shock therapy and developed a program to encourage an economic and efficient alternative.

The case of Iceland demonstrates that there is a credible alternative to austerity policies that are imposed in Europe. These, besides being economically inefficient, are costly politically and socially unsustainable. By putting the public interest above the interest of markets, Iceland showed the rest of the continent the way to escape the dead end.