State issues were added to the economic and financial problems of the United States. Seven states, including Texas and Florida, have collected enough votes to separate from the United States. The separatists refer to the Declaration of Independence. The situation is so extraordinary that analysts are lost in their assessments.

After the presidential election, political stability in the U.S. is nowhere in sight. The events of the past week can radically change the course of the American history. The population of 35 states declared their intentions to separate from the U.S. They began an active campaign to collect signatures through the government resources. Each separatist petition must get at least 25,000 votes to guarantee that a request for voluntary separation is considered by the administration of President Barack Obama. 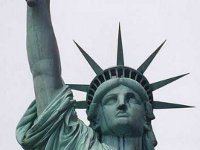 The authors of the petitions refer to the Declaration of Independence that states: "whenever any form of government becomes destructive ..., it is the right of the people to alter or to abolish it, and to institute new government."

Out of the 35 states at least 10 have a real chance to secede from the United States. If this does not happen, the conflict between the "socialist" government and conservative separatists could drag on for a long time, leading to mass protests and other sad events.

The most problematic state, as mentioned above, is Republican Texas. Over 100 thousand people support its petition for independence.

The petition stated that the U.S. was experiencing serious economic difficulties as the federal government was unable to cope with the reform of the internal and external spending. According to the authors of the petition, the rights of the Americans were egregiously violated. Today, stable and balanced economy of Texas is fifteenth in the world. The ideas of the founding fathers are no longer reflected in the actions of the government, and Texas intends to defend its rights and freedoms through secession from the United States.

Texas Governor Rick Perry was shocked by the petition. He participated in the Republican primaries, and at some point was able to compete with Obama's opponent Mitt Romney. Perry said he did not support the petition, and continued to believe in the stability of the union between the different states.

However, residents of Texas are very determined. In five days the online petition was signed by 100 thousand people, but in reality, 10 million people in the state (out of 25.6 million) advocate for independence. Theoretically independent Texas would thrive on agriculture, tourism and oil production. This idea of secession has been discussed by various radical organizations since 1845.

The second problem for Obama is Louisiana (35 thousand signatures have been collected). The petition stated they wanted to peacefully secede from the United States, creating their own government as Louisiana wanted independence, prosperity, and happiness for every citizen.

The discontent of Louisiana residents is easily explained. The state is 24th in the country in terms of profitability (213.6 billion per year), but the financial well-being of its people is at a relatively low level. Louisiana is rich in gas and oil, and its access to the Gulf of Mexico provides a great opportunity for international tourism and business.

Florida separatists accuse the Obama administration of "dishonesty and injustice" to all Americans, and, in particular, the residents of the Sunshine State. Independent Florida would have it a lot harder than Louisiana or Texas. Most likely, the newly formed Republic would be similar to a Caribbean country where residents will have no work except tourist services and fishing. Florida separatists disagree, comparing the peninsula to Japan. Allegedly, the rapid development of high technology will significantly raise the local economy.

Overall, about 700,000 people in the U.S. supported the extremist idea of the ​​"collapse" of the country. They sincerely believe that separation is the only way to "escape" from the "disastrous" policies of the Obama administration. Because the votes in support of the online petitions are accepted within 30 days, by December, according to various forecasts, the total number of separatists may reach 15 million people. This number of supporters of radical measures have never been registered in the U.S.

Abolition of tax exemptions planned for January 2013 and budget cuts exacerbate the situation. Such measures will leave a million people without work. Looking back, the last eleven states seceded from the Union in 1860 after the election of Abraham Lincoln. They created an independent Confederacy, which led to the beginning of the Civil War, which resulted in Union regaining its unity. Will this scenario repeat in the 21st century? What should Obama do?

The situation is quite complicated for the president-elect. Expert opinions are divided. Some believe America's problems are not fatal, while others argue that the U.S. is on the verge of a collapse. Most democratic media have not given any attention to the separatist sentiment. Many federal publications ignored the news about the petitions. Apparently they are trying to shift the focus of ordinary Americans to other problems (for example, the dismissal of CIA Director Petraeus).

Meanwhile, liberals proposed to President Obama to take tough measures against "separatist-conspirators" and denounce them for treason, strip them of the U.S. citizenship and deport them from the country. Barack Obama will have a difficult choice: either allow the American people to live by the Constitution, or start rapid democratization in the country.

It is believed that the Obama administration simply ignores most of the population. Will Obama's policy drive a wedge deeper between the people and the government? What will be the response of his administration to all these petitions? Today these and other questions concern many American journalists and analysts. There are two answers: people will either accept the situation, continuing to slide towards a totalitarian state, or they will come back to the values that were dear to their ancestors.

The situation is complicated by the difficult economic situation in the United States. Patrick Buchanan once suggested that the U.S. "will collapse" by 2025, causing the collapse of the entire Western civilization. In addition to a possible separation of states, there are two other sad facts for Obama and America. First, the U.S. national debt exceeds $16 trillion, and second, Switzerland, Germany and the Netherlands may require the U.S. to return their gold allegedly kept in the vaults of the Federal Reserve.

There is another interesting issue. On December 21, 2012, the 99-year lease of the Federal cash machine provided by Congress in 1913 will expire. An extension of the lease term will require a majority of votes in the House and Senate and three-fourths majority of legislators in each state. In the current situation it will not be possible to secure these votes. The U.S. dollar may expect a financial meltdown. However, there are many optimistic scenarios.

Kiril Svetitsky, a famous Russian blogger and head of the "Imperial Center", believes that by collecting signatures some U.S. states are trying to get from the federal government certain benefits and subsidies. In reality they do not want a separation, just trying to attract more money to their territories.