China's economy is going through tough times, which is evidenced by several factors: a sharp decline in GDP growth, inflation, and chaos in the real estate and lending markets. Analysts point out that it has to do not only with general instability in the world, but with the fact that China's economic model is grossly outdated.

The modern global economy is going through rather difficult times, and the same can be said about the economic situation in China. Many financial analysts have pointed out that the growth rate of China's GDP is significantly lower than it used to be. Within the last thirty years, China's economy had been experiencing growth due to the political reforms and the success of one of the prominent figures of the Communist Party of China, Deng Xiaoping. Now the situation is not that bright - global world's analysts note that it is deteriorating, and there are some turning points in the real estate and lending markets as well as growth of inflation. 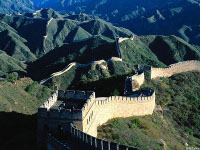 What does statistics say? According to Dariusz Kowalczyk, senior economist at Credit Agricole Bank, the slowdown of the Chinese economy has been ongoing for seven quarters. According to him, in the second quarter the growth rate was about 7.6 percent, and in the third quarter - 7.4 percent. Analysts' forecasts also were not entirely true - it was expected that in the second quarter GDP will be at 7.7 percent instead of 7.6. This is the lowest value of GDP growth in the period from January 1, 2009 to present. Industrial production is also experiencing decline, and instead of the expected 9.8 percent, an increase was only at 9.5 percent.

As mentioned above, the political reforms introduced over 30 years ago by Deng contributed to the rapid economic growth of the country. Not surprisingly, the financial model that was relevant at the time is no longer able to meet all the needs of the global economy. Until now, China's economic model provided growth through exports of goods to other countries, as well as through attracting investment. This has allowed the country to become a leader, and in 2011 alone the volume of foreign investment in the Chinese economy was approximately $116 billion. Large volumes of exports and foreign investment led to an increase of the income of the population, and, therefore, should have led to the growth and stabilization of the internal market but had not.

According to an employee of a Chinese investment company, weak pension system, lack of social security, and poorly developed subsidies of state universities have led to the fact that people have to worry about serious savings "for the future." This situation affects the distribution of financial flows within the country. In addition, he stated that the banking system in China is far from perfect, as the largest commercial banks in the country are only formally commercial because the government has control packets of shares. In times of economic instability, this state of affairs somewhat helped to stabilize the economy, but now the situation has changed. The government, using its abilities to control shareholders, heavily subsidizes low income areas, or lends money at very low interest rates. All this leads to financial starvation of the commercial sectors important for the economy.

Incidentally, a well-known international journalist Vsevolod Ovchinnikov, who worked in China in the 1990's, said that China's economic reform was very effective. In an interview, he noted that the country's private sector still experienced state control, such as in the case of banks. At that time it was key to stability and the possibility of development of small and medium-sized businesses, but now it is one of the "negative" factors for the economic development. According to a leading economist of "Mizuho Securities," slower growth depends only on the fact that the government decides how many loans banks can extend. Unfortunately, lending to small and medium-sized firms is virtually absent, and the main funds are given to state-owned enterprises with a very small interest that not only adversely affects the development of the country, but also promotes growth of the "shadow" lending market.

According to "China Daily", nearly all small firms use the services of "shadow" creditors, and analysts argue that the size of this type of "credit" in the country is of catastrophic proportions - nearly 1.83 trillion, or 20 percent of the amount of the legal lending.

Products manufactured in China are available in any country, which means large volumes of exports and further destabilizes the economic situation in China. Long period of excess of exports over imports in the end had a negative impact on the economy. Medium and small businesses will no longer be able to produce such quantities of goods, the expert said. He believes that the economy can be stabilized by a balanced ratio of exports and imports, development of the internal market and the improvement of living standards in the country.

Head of the laboratory of the Institute of Quantitative and Technical Economics at the Chinese Academy of Social Sciences said that the economic downturn will not last long, because the state is facing new reforms that will help the Chinese economy regain its leading position in the global market. Next Congress of the CPC to be held in the near future will focus on many issues and opportunities for improvements in the country. He noted that the main areas requiring reforms will be ​​employment and lending market.

"Credit" reforms are already being conducted. Not that long ago, China's central bank lowered the requirements for the volume of financial reserves by three times. Last June the country has reduced the interest rate loans by half, which helps to develop small and medium businesses more efficiently. However, some analysts argue differently. For example, Zhang Qi, an analyst at "Khaitun Securities," believes that the government should reduce funding for low-income sectors and infrastructure, and increase sponsorship of medical and educational sectors. He is convinced that more accessible health services and the ability to get a quality education will enable citizens to think less about savings, which would further accelerate the development of the internal market. In addition, Zhang Qi stated that the government should also pay close attention to the support of the poor of the country.

Virtually all analysts agree that initially the Chinese government has chosen the wrong path. Nearly all funds were spent on the development of infrastructure, such as construction of factories, roads, etc., and only a small part of money was allocated to other areas - for example, development of medicine, pension funds, etc. Another investment company analyst believes that the country is no longer able to spend such amounts on the development of large-scale projects. Now the government needs to pay attention to other areas, such as expansion of consumer services. In any case, the Chinese economy is going through tough times marked by lower GDP growth, lower volume of goods, and higher volume of "shadow" loans, which ultimately has adversely affected the country's economic stability.