Japan gets into cat fight with every neighbor

While the world is watching how the Europeans are struggling with the crisis, few people pay attention to Japan. Some analysts say that the situation in Japan is worse than that in Greece. The state of affairs in the country is aggravated by the aggressive foreign policy that led to Japan having conflicts with its neighbors.

The Japanese Minister of Justice, the oldest member of the government, 74-year-old Keishu Tanaka has resigned.. This is the third cabinet reshuffle this year. Experts believe that this is evidence of impending change of power in the country. Officially, Mr. Tanaka resigned from his post because of a few missteps. First, it turned out that 30 years ago he was a guest of honor at the wedding ceremony of a yakuza member. Second, he received donations from the company owned by a Taiwanese businessman. The Minister's health issues were named the official reason for the resignation. He served as a Minister for less than a month. 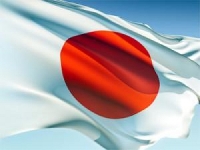 Keishu Tanaka was in the government due to his support of the current Prime Minister, said Satoshi Mizobata, a professor at Kyoto University. But it turned out that his qualifications did not match the official position. Only this fall he was the third minister who resigned under rather strange circumstances. In September, Yoshio Hachiro resigned as the Minister of Trade and Industry. He responded to the question of a journalist about "Fukushima" with "I'll show you radiation". The opposition immediately demanded his resignation. Later the Minister of Financial Services Tadahiro Matsushita committed a suicide. This 73-year-old politician could not cope with the fact that his mistress would be discussed by the media.

Many experts believe that another resignation may cause withdrawal of the ruling Party of Japan, which will greatly facilitate the rise to power of the opposition-minded Liberal Democratic Party.

According to a study by a famous Japanese newspaper "Asahi," the ranking of the Democrats fell to 18 percent among the population, a record low rate for the last decade. For the first time since September 2011, when the government was formed, headed by Yoshihiko Noda, his approval rating has dropped below 20 percent. This number in Japan is considered critical. It is seen as a sign that in the next few months there will be a change of government. The reason for this was the unpopularity of tax increases, and a number of other economic reforms that were implemented in an attempt to bring the country out of the crisis but did not produce the expected results.

Noda failed to win the support of the population despite the fact that nearly half of the cabinet was replaced. Meanwhile, the opposition demanded that the Prime Minister set a date for early elections. The scandal with the Minister of Justice will be used to exert additional pressure on Noda, forcing him to agree to early elections. So far Noda has refused to call the date of the elections. He plans to meet with Putin in Moscow in December. Some time ago, he personally said he did not want to talk about the parliamentary elections before the meeting with the Russian president.

According to experts, the Japanese Prime Minister was hoping to discuss the Kuril issue with Putin. Progress on this issue could help rehabilitate the Premiere after a number of failures with territorial disputes with China, Korea and Taiwan. Recently, China and Japan have not been able to solve the issue of ownership of the islands in the East China Sea. The relationship between the countries is very complicated. According to a recent poll, the ruling Democratic Party may receive 13 percent of the votes, and the opposition Liberal Democratic Party (LDP) - as much as 36 percent. The poll was conducted on October 20-21 by a random computer selection method via phone.

If LDP comes to power, the territorial rhetoric between Japan and Russia may toughen, suggested Andrew Fesyun, Senior Lecturer at the School of Economics. LDP leader and former Prime Minister Shinzo Abe is known for his personal patriotic sentiments. Recently, he has once again demonstrated them by visiting the Yasukuni Shrine Chapel, the burial place of class A criminals, which caused outrage in China, Korea and Taiwan.

Politics aside, the struggle for power has always been there, but today Japan is experiencing the most severe wave of crisis in recent history. Some influential analysts even believe that the situation in Japan is much more complicated than in Greece. By the end of this year, Japan's public debt will reach 237 percent of GDP. Experts from the International Monetary Fund provide disappointing forecasts. According to the IMF, Japan is going through the most difficult period in terms of economics. If the government is not able to reduce the budget deficit in the near future, Japan may face a default.

The country is in a much worse position than Greece, whose national debt is 198 percent of GDP, and Italy (126 percent of GDP). The situation in Japan is really complicated and this fact deserves acknowledgement, said Vice Minister of Finance Takehiko Nakao. Experts believe that the main reasons for the deterioration of the economic situation in Japan include populist government's fiscal management and a number of territorial disputes that adversely affected trade relations with the neighboring countries. The situation is aggravated by the pressure from investors and economists who expect the Japanese government to take unpopular measures and restore order in public finances.

Takeshi Fujimaki, president of a Japanese investment company, stated that Japan was likely to announce a default even before Europe does. The Japanese should keep their savings in the U.S. dollar, Australian dollar, Canadian dollar and Swiss franc. If Japan defaults, the exchange rate of the local currency will fall to 500 per U.S. $1.

The Japanese debt is a large bubble that has reached such proportions that it can be pierced by even a small needle. The crisis in Europe could be a reason for this. Fujimaki believes that Japan has no other way out from the current situation other than to declare a default or trigger hyperinflation. Fujimaki's statements caused a major stir among experts. However, arguing about the imminent default of Japan, they forget to analyze the personality of the author of the sensational statement. Fujimaki is not an official and does not supervise the financial sector of Japan. He is a partner of the famous American billionaire George Soros. This says a lot.

Perhaps such statements are made in order to make money on foreign exchange speculation. Russian analyst Yuri Yuriev has a different opinion. He said that Japan is a country with the smallest overhead cost for the population and the largest exporter of the best cars and electronics. It cannot be a bankrupt. The production in the country is high, while consumption is low.

Japan is fully consistent with monetary and libertarian economic models. It is an ideal market, the people do not have many needs, but they are great performers and work long days. If such country faces a default, what can be expected from less productive and more profligate countries?

If the economic collapse happens in Japan, it will likely happen to all models of modern capitalism. Regardless of the fact who becomes the new Prime Minister of Japan, he will first have to establish relations with the neighboring countries, because a constant struggle takes a lot of time and effort and does not allow solving complex economic problems.