Change: No, they can't

According to a poll conducted by Hill newspaper, the race for the presidency of the United States is led by the current occupant of the White House Barack Obama. This is despite the fact that people in the United States have plenty of claims for Obama. Analysts note that this is due to an unsuccessful campaign of Mitt Romney, although this politician has enough professionalism and experience.

The Hill rating is not the only one. Now many media outlets in the U.S. conduct such polls, but in general they reflect (with slight variations) the overall picture. According to the rating of CNN, the gap between Obama and Romney is about 3 percent in favor of the President. This gap falls within the statistical error, which is 3.5 percent. Judging by the ratings, Barack Obama is now ahead, but not by much. The recent trend shows that Obama's rating is gradually growing, while the rating of the Republican candidate is falling. In May of 2012, 48 percent of the voters were ready to vote for Romney and 47 percent - for Obama. In August, the situation was reversed, and at the moment the gap has increased even more. 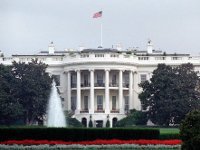 Half of the Hill poll respondents believe that the election campaign of Barack Obama is better than that of his opponent, and 41 percent of respondents give preference to Romney's campaign. In the traditional swing states of the USA Barack Obama's rating is higher than that of Mitt Romney. These states include North Carolina, Florida, Michigan, New Hampshire, Iowa, Ohio, Nevada, Virginia, and Wisconsin. Often the overall outcome of the elections depends of the vote in these states.

According to polls by The Washington Post, Obama is ahead of Romney in Ohio by 8 percent, in Florida - by 4 percent. Overall in the country, according to the newspaper Politico, in late September Obama was ahead of Romney by 3 percent. According to the polls, the majority of the female population of the country is ready to vote for the Democratic candidate. There are 52 percent of women in the U.S., and in terms of numbers it is 160 million people, of whom about two thirds are voters.

Karen Tyumulti, a journalist of The Washington Post, believes that if 53 percent of women voters vote for Barack Obama, he will win. In late September of 2012 betting exchange Betfair assessed Obama's chances of winning at 77 percent, while Romney was said to win by only 23 percent of people. The odds of the current U.S. president of winning improve proportionally to the failures of his opponent, i.e., an unsuccessful trip of Romney to the UK, as well as his lackluster performance  at the Republican Convention.

Romney's election campaign, according to some experts, is poor. The information service Bloomberg believes that Mitt Romney's campaign is poorly organized despite the fact that Romney has declared himself a professional and efficient businessman. Some of Romney's statements do not add him popularity. The Republican publicly stated that half of the voters of the country, most likely, will not vote for him, and called these people freeloaders, for which he later had to apologize.

Some surveys also show that even in the Republican Party many would vote not so much for Romney, but against Obama, which is confirmed by the results of voting in many swing states. It is also interesting that Romney is losing popularity among Mormons, though he belongs to their congregation. Romney's fellows in faith accuse him of inconsistency and departure from some of the religious tenets of Mormonism. However, Obama is not an ideal president and made many mistakes. Why is he leading in the presidential race?

In many ways, Barack Obama's leadership can be explained by Romney's unsuccessful election campaign, as well as inconsistencies in his views. Romney often changes his mind, and it cannot escape the attention of the voters. He changed his mind about his attitude to abortion and health care reform. Romney is not always consistent in his political statements - one day he considers Russia geopolitical enemy, another he is going to start a trade war with China.

Obama, despite his criticism both in the U.S. and abroad, can be credited for certain achievements. He managed, for example, to prevent the spread of the economic crisis - on the contrary, to some extent, the crisis was stopped, and the number of jobs has grown. Since February of 2010, 2.5 million new jobs were added in the U.S., of which nearly half a million - in the manufacturing sector, which happened for the first time in 50 years. Another achievement of Obama that no other U.S. president can boast of is the introduction of the universal health insurance. In the years of Obama's presidency in the difficult times of economic crisis, Congress ordered to allocate $787 billion into the economy. Financial assistance was provided to the automotive giants "Chrysler" and "General Motors", and many jobs have been saved.

With regard to foreign policy, among Obama's achievements is the elimination of the terrorist number one Osama bin Laden, the end of active hostilities in Iraq, the beginning of a gradual withdrawal of troops from Afghanistan, as well as the signing of a treaty on non-proliferation of nuclear weapons with Russia. Many Americans, however, believe that Barack Obama's opponent in the presidential campaign, Republican Mitt Romney, would be better able to handle a number of internal problems. But is this the case? Does Mitt Romney still have a chance to turn the tide and win the election on November 6?

Romney probably has some chances, although they are not that great. Much would depend on his performance in the debates. Judging by the polls, 51 percent of the Americans believe that the debates will be won by Barack Obama, while only 29 percent believe that Romney can win in the televised debates.

What can Romney say to convince the Americans that he should become the U.S. president? Obviously, Obama's blunders committed by him during his presidency, in particular, the fact that the internal debt of the USA is very high and continues to increase, Obama's failure to stop unemployment, and the fact that, according to Romney, he is not tough enough on Russia and China. Romney tries to play off the weaknesses of Obama but, apparently, so far it has not been working very well. The remaining debates will show who the Americans would vote for.