Georgia has long sought to become a full member of NATO. Particularly strong this desire has manifested after 2004, when Mikhail Saakashvili became president. But after the military conflict in 2008, it became apparent that the integration process is irreversible. Currently, Georgia is closer to joining the Alliance than any other country. 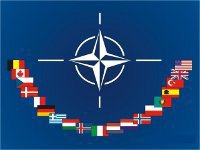 Anders Fogh Rasmussen, the NATO secretary general, arrived in Georgia,. Once again he said that NATO saw Georgia as an important strategic partner. He also said that the country will become a mandatory member of the military unit. "The fact that Georgia will become a member of NATO has been announced at the Bucharest Summit and reaffirmed at the Chicago forum. Everything else depends on the reforms, the efforts and desires that we demonstrate. Georgia will soon become a member of NATO. NATO Secretary General said he highly appreciated the participation of the Georgian contingent in the operation in Afghanistan," said head of the Ministry of Foreign Affairs of Georgia Grigol Vashadze, commenting on the speech of head of NATO.

Rasmussen arrived in Tbilisi with the intention of taking part in a meeting of heads of diplomatic missions abroad. This is his third time in Georgia as the general secretary.

The institutional cooperation between NATO and Georgia began in 1994, when Georgia took part in the program "Partnership for Peace". After the "Rose Revolution" cooperation has become more intense. Since late 2004, the Alliance has worked with Georgia Program Individual Partnership Action Plan. In 2006, the Alliance decided to enhance the dialogue on membership. Based on the progress of this format in April 2008 during a summit in Bucharest, it was confirmed that Georgia may in the future become a member of NATO provided it meets the standards of the alliance. At the Summit, "Annual National Program" was also approved, in the framework of which Georgia has received a detailed plan of action. In September of the same year Georgia-NATO Commission was established in Tbilisi.

At the end of May of 2012, NATO summit was held in Chicago, where the member states of NATO supported Georgia's aspirations to join the alliance. Georgia was considered along with Macedonia, Montenegro and Bosnia and Herzegovina as a probable member of NATO. The Georgian Foreign Ministry expressed satisfaction with the Chicago NATO Summit Declaration. "It reflects the reality associated with the progress of our country on the path of integration. Also very important is the huge contribution of Georgia to NATO peacekeeping operations", said the Ministry of Foreign Affairs of Georgia.

Georgian President Mikhail Saakashvili has repeatedly stated the irreversibility of Georgia's accession to NATO. At the recent meeting in New York, members of NATO made the decision to move to the next stage of Georgia cooperation with the alliance - "intensified dialogue". Therefore, in the near future the country may become a member of the military alliance. The commencement of the "intensive dialogue" is the formal process leading to the eventual NATO membership. According to the Georgian authorities, at the end of this stage they will receive the status of "candidate for NATO." Mikhail Saakashvili was very happy with the decision of Heads of member countries of the alliance. "I promised my people that we will become a member of NATO. This process is irreversible - the United States and all European NATO members said they would be pleased to see Georgia in the alliance," Saakashvili said. He also said that the decision was preceded by a diplomatic work, but more hard work was required.

The next NATO summit is to be held in 2014, and Saakashvili is convinced that Georgia and the three Balkan states will be admitted to NATO. He stressed that his country made a great progress on the way to NATO, so the Alliance cannot refuse membership to Georgia. The President also noted that he was not afraid of the enemies and various provocations, because "the people of Georgia have gained experience and will not make the same mistakes twice." As reported earlier, Macedonia, Montenegro, Georgia and Bosnia and Herzegovina will soon become NATO members.

According to recent studies, the majority of the population supports the policy of the Georgian authorities on integration into NATO and the European Union. 62 percent of respondents voted for integration into NATO, while only 9 percent voted against it. In turn, Georgia's integration into the EU is supported by 68 percent of respondents and only 5 percent voted against it. According to this survey, 48 percent of the respondents said the Russian Federation was a real threat to Georgia, and 9 percent said that Russia did not pose any threat to Georgia. 57 percent of the respondents supported the abolition of the visa regime for Russian citizens, 13 percent were against the decision. The opinion poll was conducted by the Caucasus Research Resource Center in early August of this year, and 2038 people were surveyed.

The U.S. has provided significant support to Georgia on the way to the adoption by NATO. "We have fought and continue to fight for the provision of Georgia becoming a member of NATO," said Joseph Lieberman, U.S. Senator in Georgia U.S. Embassy. According to Lieberman, he, along with Senators Graham and McCain has long been an outspoken advocate of Georgia. "We condemn the Russian aggression in South Ossetia and Abkhazia. We fight so Georgia obtains defensive weapons and can protect its people," said Lieberman. He is supported by his colleague John McCain, who was running for U.S. president. Senator John McCain said that Georgia should have defensive systems to protect their country.

Joe Lieberman believes that the close relationship between the American and Georgian people and the love of freedom, democracy and prosperity must necessarily continue. He said that regardless of the outcome of the upcoming presidential elections in the U.S., nothing will change in the relations between the two countries.

However, some states of "Old Europe" are not in a hurry to give consent to the entry of Georgia into NATO, they do not want to aggravate relations with Russia. Not all countries are eager to open the alliance "umbrella" over Georgia, while there is a possibility of deterioration of relations with Russia. The authorities of Georgia are in a hurry to join the alliance. On their side is the U.S. and the former Warsaw Pact countries, but their efforts are not enough, as "old Europe" is still relentless.

Germany and France are the opponents of this accession. Russia also does not stop worrying about the expansion of NATO to the borders of the South Caucasus. "Now NATO partners have mentioned Georgia in its documents among graduate students," said at a meeting of the Russia-NATO Council Russian Foreign Minister Sergei Lavrov. "This fact causes confusion and suspicion, because the process of remilitarization of Georgia after 2008 goes quickly. We do not want to destabilize the situation in the South Caucasus. "

The fact that Georgia remains to be a "bone of contention" between NATO and Russia was confirmed by Anders Fogh Rasmussen. Therefore, NATO countries have to solve a very complex problem - what to do with Georgia and how not to quarrel with Russia. This puzzle is not that easy to solve.