The future of the Middle East

With the beginning of the Islamic awakening movement in the Middle East, the United States and its allies in the region, fearing the increasing waves of anti-American and anti-Zionist sentiments, tried to insinuate to the world a false interpretation of this movement.

It cannot be hidden, however, that toppled governments in the region were friends of the United States of America and the Zionist regime.

Undoubtedly, there will be no place for the Zionists in the region in the future. And the regime that one time intended to dominate the territory between the Nile and Euphrates rivers, now must hide behind a protective wall.

The Zionist regime of Israel has the world's largest network of state terrorism and has committed numerous crimes in the countries of the region, including the killing of the people of Gaza, the assassinations of resistance forces in different countries and assassinations of nuclear scientists of the Islamic Republic of Iran. This regime is now trying to divert public opinion from realizing their true dangerous character.

Today, with the evolution in the countries of in the Middle East and Africa, people realized that negotiations are useless and frustrating with a regime that only manages to stand by being backed by the West.

Today, supporters of the Zionist regime must support a weight much greater than in the past to support Israel, as the people of the region have entered the political scenery and designed the future of the region.

At the same time, internal differences appeared, and the Zionist regime was faced with internal instability.

The West is forced to revise its policy of unilateral and unfair support to the Zionist regime. They are well aware that the popular uprisings in the Middle East and North Africa began thanks to Islamic awakening and they have an anti-Zionist character. This region will never reflect Zionist domination in the future.

Currently, the resistance movements against Zionism, thanks to the Islamic awakening movement, achieved strategic superiority in relation to the Zionists.

Today, with the removal of the ruling dictators in some countries in the region that were in legion with the Zionist regime, the people of the region are screaming that the installation of the Zionist regime has no legitimacy on Palestinian territory, even if it is the size of the palm of the hand. We are dealing with a regime that disregarded more than a hundred UN resolutions and declarations.

Even Western countries are no longer willing to bear the weight of their unconditional support to the Zionist regime. Especially European countries, which have had their patience exhausted at the extremist and irrational Israeli claims and attitude. Little by little, we hear people in the west asking, "must we pay the price of Israel's disobedience?"

Now, an historic opportunity has arrived, the sovereigns in the world should take advantage and set history in the right direction, take away the invader of the scene and return the homeland to the Palestinians.

It is important that all Palestinians are a united front to resist the enemy. Only with unity, national cohesion and following Islam can the Palestinian people liberate their invaded territories and recover their rights.

Palestine is occupied by foreigners. Will humanity be silent before the occupation of the a people's territory? 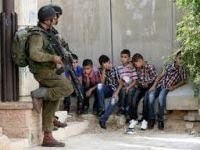