Russia rejects the idea of ​​a no-fly zone in Syria

The information was given on Saturday (18th) by the Russian Foreign Minister, Sergei Lavrov, in an interview with Sky News Arabia.

No member of the Security Council of the United Nations (UN) has requested a formal no-fly zone, but U.S. Secretary of State Hillary Clinton said on August 11 that the U.S. and Turkey evaluated all measures to officially help the terrorists and mercenaries in Syria who are attempting to overthrow President Bashar al-Assad, including restricting the air. However, Sky News Arabia reported Saturday on its website that Lavrov and Russia are strongly opposed to the idea.

"The Foreign Minister of Russia, Sergei Lavrov, said that his country rejects the imposition of a no-fly zone in Syria," said the website. The closure of airspace by NATO and its Arab allies helped Libyan rebels overthrow Muammar Gaddafi last year.

Hillary's comments show the clear intention of the imperialist powers - led by the U.S. - to perform a new and violent military intervention in the Middle East.

A spokesman for the UN, Juliette Touma, said Saturday (18th) that recent international observers still in Syria have started to leave the country. Officially, the mission ends at midnight this Sunday (19th).

The procedure for withdrawal comes after the Security Council of the United Nations agreed to terminate the mission and support the establishment of a small liaison office.

On Friday (17th), the United Nations confirmed that the Algerian diplomat, Lakhdar Brahimi, would be the replacement of Kofi Annan in the office of the Special Envoy to Syria.  At the age of 78, Brahimi has long experience in negotiation and resolution of armed conflicts. He served as special envoy to Iraq shortly after the U.S. invasion, was in Afghanistan and followed the end of apartheid in South Africa 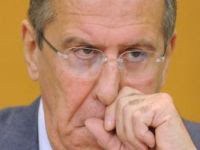