Leading foreign policy figures of the Democratic Party of the United States are trying to pressure the White House to intervene militarily in Syria.

The major Democratic foreign policy figures, along with diplomats who have worked for the Democratic party administration, demanded that the government of President Barack Obama launch an offensive against Syria, the U.S. newspaper Los Angeles Times said Saturday.

These American politicians, including former Secretary of Defense under President Bill Clinton, William Perry, former officials of the Obama administration, Ann-Marie Slaughter and Dennis Ross, intended to put more pressure on the White House, with regional allies and Republican rivals, which according to them, they say the situation in Syria has worsened.

However, the Obama administration fears that a military intervention in this Middle Eastern country would provoke a proxy sectarian war and cause war weariness among Americans.

These foreign interferences occur while the U.S. and its western allies have joined forces to destroy the constitutional government of Syria. 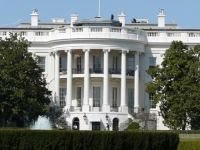