"Today, the Zionist regime is weaker than at any time, and its threats to attack Iran are simply a psychological war," said Nasrallah, in an interview with Iranian TV channel Al-Alam Arabic News.

The United States and some of its allies, along with the regime in Israel, accuse Iran of using its nuclear energy program for military purposes, and urge Tehran to fully suspend its nuclear program.

In an attempt to force Iran to suspend its nuclear program for peaceful purposes, the Israeli regime, which has an estimated 200 to 400 nuclear warheads, has repeatedly threatened the Persian country with a military option.

Meanwhile, Iran denies the charges, arguing that as a member of the International Atomic Energy Agency (IAEA) and committed signatory to the Non-Proliferation Treaty (NPT), they have the right to use nuclear technology for peaceful, civilian purposes.

The IAEA has conducted numerous inspections of Iran's nuclear facilities, but has never found any evidence to confirm western allegations that Iran's nuclear program could be used for military purposes.

The regime in Tel Aviv is the only one in the Middle East that possesses nuclear weapons and has never allowed IAEA inspectors to review its nuclear facilities and has always avoided signing the NPT.

Hezbollah is quite familiar with Israeli capabilities due to their recent successful campaign to turn back Israel's incursion into Lebanon in 2006.  It began with the idiocy of claiming that invading Israelis had been "abducted" by Hezbollah, rather than having been taken prisoners of war.  How you can be accused of "abducting" ot "kidnapping" a uniformed invader is beyond me.

Essentially, Hezbollah turned invading Merkava tanks into flaming junk piles and Israeli soldiers into the crying, weeping cowards they were.  The big, bad IDF doesn't like fighting those who can fight back. 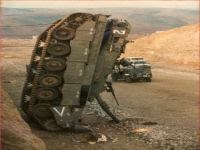 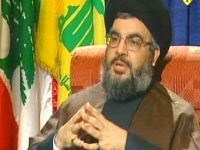 Today Hezbollah has never been stronger or more able to defend Lebanon.