The pictures of bruises visible on ex-Prime Minister Yulia Tymoshenko's body appeared in the Ukrainian media a few hours before the explosions in Dnepropetrovsk on the 27th April. On Monday 23rd April, 6 opposers of President Yanukovych's party organised a coalition for joint participation in the parliamentary elections, which are intended for the autumn of this coming year. This time, the battle for Ukraine's "swamp" is a deal laid down in favour of the EU, a situation which has thus far not been taken advantage of. And perhaps it might be now. 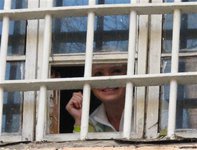 At the centre of the events over the past few weeks of April is the 4 bombings in Dnepropetrovsk. The bombings came as an addition to various media campaigns in the West, which have discussed the consolidation of political accounts with Yulia Tymoshenko and the unification of the opposition under the leadership of her party "Batkivshini". The explosions occurred in a short interval of time, and over quite a large area. The bombs were not filled with a large amount of injurious elements and like the bruises of the ex-Prime Minister, were planted precisely with the aim of blackening the reputation of the current government on the threshold of the Euro 2012. A possible and slightly more far-fetched aim might have been to defeat the opposition in the parliamentary elections and return Tymoshenko to her former status in power.

"The declaration of unification" which was signed by Tymoshenko was read out on 23rd April at a press conference by the Deputy Chairman of "Batkivsini" Aleksandr Turchinov. It united the parties "The Vanguard of Change","The People's Movement," "The People's Self-Defense", "For Ukraine" and the "Progressive Socialist Party" (PRP). "We declare our unity for success in the parliamentary elections and wish to regenerate Ukraine so that it will be democratic and just. Our parties have made a uniform agenda for the elections and have agreed with our candidates in the majority of districts," it said, according to the document.

It all would have been rather uninteresting, had it not been for Merkel's "starting signal", which loosened the persecution of the current leadership of Ukraine. It is rather likely that in conversation with German physicians, who have been examining Tymoshenko in the Kachanovsky Colony since 14th April, a certain exchange of guarantees occurred. They promised her that they would crush Yanukovych from now on and she, in case of her return to political power, promised to ensure that in the elections, which are in a "swamp", Ukraine would be in favour of NATO and the EU, and not in Russia's interests.

This is why, just after the demonstration of doubtful bruises and the powerlessness of the government in the face of terror, a sudden declaration by German Chancellor Angela Merkel followed, in which she declared the possibility of a boycott on the forthcoming European football championships, which will be held in Ukraine as a sign of protest against the cruel treatment of Yulia Tymoshenko by the government. Although the Ukrainian Ministry of Foreign Affairs expressed a hope that the publication of Merkel's words in the German media was just a mistake, they failed in the course of the subsequent hours, when European politicians obligingly took under the peak?

The Czech President Vaclav Klaus declared that the Tymonshenko situation was precisely his main reason for refusing to go to the May summit at Yalta. The Head of the European Commission, Jose Manuel Barroso, on his way to Ukraine, refused to go either. Spain obligingly declared the possibility of undertaking it upon itself to hold up the Ukrainian side of the championships. And should the situation worsen, the tournament would be transferred to Poland.

This current Ukrainian electorate, living through the forthcoming football championships, will not forgive Yanukovych for this. This is all in connection with a version of events which is that the explosions in Dnepropetrovsk were simply a ruse to distract public attention away from the events happening in Kachanovsky Colony, as suggested by the deputy of the opposition Sergei Pashinskiy, which is deprived of any real logic. This is all rather advantageous for the opposition, who, after the autumnal parliamentary elections are planning to "form a democratic majority in the Ukrainian Parliament, to limit Yanukovych's omnipotence and then to win the presidential elections," it was said in "The United Declaration".

The government has reacted to the past events in an extremely inadequate manner, and it seems that they are in a bit of a panic. The Chairman of the State Office of the Public Prosecutor, Vadim Goran, said that Ukraine's Security Service is working on "four main reasons for the explosions," which they cannot disclose. This means that there is not one single version about the political characteristics of the explosions. The Public Prosecutor hinted at the resemblance between the Dnepropetrovsk bombings and the terrorist attacks of 16th November. Why it happened remains unclear and presents a "minus" for the government, in as far as they have found no criminal and up until now, no real motive for the crimes.

Ukraine is a rather special state, living a post-soviet existence. It is geographically divided into Eastern pro-Russian and Western pro-European factions. Thus, the two sides' irreconcilability is off the scale. The angle that ex-President Yushchenko was going in, to integrate the European Commission, cost him his Presidential seat, which was probably not unaided by the Russian Intelligence Services.

Yanukovych's campaign held their position of "neither yours, nor ours", declaring their readiness to ratify the agreement on Ukraine's association with the EC, and at the same time, signing the agreement on uniting the economy within the framework of the future EurAsEC. It is a position which is true until today, if you consider the preservation of the unity of the country, although it has been criticised from all sides.

The clear mistake of the current leadership is contained within their concealment in the course of the investigation and the absence of a firm answer in Europe about the inadmissibility of political pressure upon Ukraine's judicial authorities, in the run up to the address at the UN. Now, there needs to be constant briefings about what happened in the explosions in Dnepropetrovsk, and to get the Intelligence Services of other countries to conduct investigations into it, since Ukraine does not have the experience to deal with terrorists. And by all means not to permit new acts of terrorism, or a sacral victim such as Gongadze.

After the successful passing of the Euro-2012, it will become more difficult for Europe to quash Yanukovych. However, Russia is bound to appear as the trump card in this.