Israel has proposed new sanctions against Iran In another act of provocation. The Prime Minister of Israel, Ehud Barak, on Sunday (19th) insisted that the so-called international community intensify the sanctions on Iran. 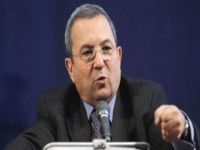 The Zionist leader thinks that Iran will transform the region into an immunity zone. And he pontificated that: "We must accelerate the imposition of sanctions."

Since 2010, Iran has been subject to stringent economic, trade and financial sanctions because the imperialist powers and Israeli Zionists suspect Iran's nuclear program is aimed at producing atomic weapons. But Iranian officials deny the accusations and say they are poisoned from bad political intentions.

"The international community must compel the Iranians to ask: 'Are we ready to pay the price of isolation or must we end our nuclear efforts?'" said a threatening Ehud Barak.

Tensions between Israel and Iran have worsened over the last week, after a series of bomb attacks against Israeli diplomats in India, Bangkok and Georgia. Iranian officials have denied involvement in the attacks.

The Iranians have also raised suspicions about the actions of the Israeli Zionists. According to statements by Iranian authorities, it is suspected that several of the dead scientists in the country have been victims of coordinated actions by Israelis.

The Israeli government has an advanced nuclear program and has nuclear weapons, without the so-called international community saying anything about it.