USA wants to manipulate enemies rather than destroy them

A very interesting document that Pentagon intended for internal use only within the U.S. government emerged on the Internet. It contains information about the development of the so-called non-lethal weapons - the one that does not kill enemies, but is able to effectively manage them. 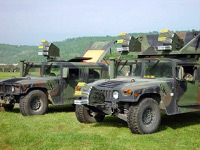 The leaked document was published on Public Intelligence website, which previously declassified some documents of the U.S. government on national security issues. The Handbook of non-lethal weapons has over one hundred pages and describes in detail various types of weapons, including lasers, heat rays and sound waves that can be used for various purposes - from crowd control to disorientation.

The document contains a proposal for improvement of the existing types as well as completely new technology that until now was described in science fiction only, The Daily Mail reports.

Indeed, some of these ideas remind of the well-known science fiction books, for example, the "Inhabited Island" by Strugatsky brothers, where the authorities affected the minds of people around the world with radiation.

According to experts the BBC refers to, the list is a "commercial purpose" of the U.S. military that will require sustained funding. The developer is the Joint Non-lethal Weapons Program of the Pentagon that has been criticized in the past for wasting money on the projects that have never been implemented.

The office was created in 1996 shortly after the military operations in Somalia and Bosnia. Its goal was to accelerate and facilitate the early provision of the U.S. Army with non-fatal weapons. 13 years later - in 2009 - a report of this department said that it spent approximately $400 million on 50 research projects, but it was not in a position to really make a new weapon.

As explained by an expert on military technology from the Washington-based Center for Strategic and International Studies, James Lewis, this division of the Pentagon develops ways of defeating the enemy without the help of the tried and tested tools such as fire and explosives. It is unclear whether the new weapons will be a reality, but the published document indicates that the development is in full swing.

Despite the fact that management has not proven to be effective, the U.S. military have increasingly pressing needs in non-lethal weapons.

In particular, one of the biggest problems in Iraq was that the U.S. soldiers had to use firearms whenever the Iraqis, and not always fighters, tried to drive to the checkpoints without stopping. In some cases, innocent civilians were injured and killed.

The document that leaked to the Internet describes the characteristics of each type of non-lethal weapons and the strategic importance and potential damage from its actions. The most common consequences for the person in affected areas include temporary blindness, deafness and loss of motion.

The "side effects" of this cannon that, according to the document, is still under development, are possible negative effects on the underwater flora and fauna.

There are more "unusual" weapons, such as "laser modification of the flow." The document states the laser could be used for the destruction of the aerodynamic flow around the wings of an enemy plane, forcing it to change direction.

Here are some other devices described in the document:

- A system in whose range people feel unbearable heat that causes them involuntarily move to another location;

- A portable system emitting powerful microwaves that can stop cars and other equipment at a distance;

- UAV, equipped with a microwave device that can cause malfunctions in the electrical system of ships.

The Pentagon did not confirm nor deny the authenticity of the leaked document on the Web.

The United States has long been testing deadly laser.  However, the Pentagon lasers are used not only as non-lethal weapons; they have proven that they can destroy targets. Experiments on the operational use of lasers have been carried out by the Americans since the 1970's. Early prototypes were based on heavy chemical lasers pumped with dye solutions that produce hazardous gases.

In recent years, major work has been done to improve solid-state lasers based on the use of compact generators of optical radiation similar in design to the light-emitting diodes.

Such high-energy lasers until now have been designed primarily for missile defense systems, or to destroy ground targets. However, a successful series of tests of a high-energy laser in April, when it destroyed a target ship, has demonstrated their increased capabilities.

With regard to non-lethal use of lasers and microwaves, the tests of a "microwave gun" started as far back as 2010 on convicted individuals in prisons - as a means to suppress the riots.

The use of "psychological warfare" was recently spotted in Russian riot police. During the suppression of a protest rally in Triumph Square on December 6, they tried to disperse the crowd repeatedly with amplified sound.