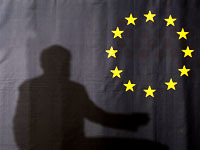 The European Union is going to grow through the republics of former Yugoslavia. Following Slovenia and Croatia, Montenegro may soon become an EU member. The long-awaited status of a candidate country was given to Serbia, but it was made clear that without a settlement of the Kosovo issue Serbs will not be able to enjoy the membership.

The movement toward the former Yugoslavia was started by the EU in the mid-1990s. However, at the time there were talks only about the most advanced of its republics, Slovenia. The rest of them were either healing the wounds of war, or every now and then would get involved in armed conflicts. As a result, Slovenia, still the most prosperous not only among the republics of Yugoslavia, but also among all former socialist countries, joined the EU in 2004, and three years later - the euro area.

Two million-strong Slovenia did not cause the European Union any particular problems. The income levels are higher than in Portugal, and nearly the same as in Greece. The Slovenes have developed industry and agriculture, beautiful ski and sea resorts. In addition, the percentage of ethnic minorities there is substantially below 10 percent.

Next in line was Croatia. Being (same as Slovenia), a predominantly Catholic country, it is in civilizational terms similar to countries in Western and Central Europe. Unlike with most other residents of the Yugoslav republics, visas for Croatian were abolished by the EU 15 years ago. But before the end of the 1990s Croatia was ruled by the authoritarian regime of Franjo Tudjman. There acceptance of Croats in the EU in 2005 has failed. The country has not yet given the Hague Tribunal all war criminals that "excelled" in the course of the 1991-1995 war.

Gradually, all wanted Croatian war criminals have taken their place in the Hague tribunal, and the negotiations ensued. Ultimately, this summer it was decided to take Croatia into the EU starting July 1 of 2013. This country is not rich and its GDP per capita is 61 percent of the EU average, unemployment stands at 20 percent. However, in Poland, Hungary, Latvia, and Lithuania the income numbers are approximately the same, and such EU member states as Bulgaria and Romania have the numbers that are few orders of magnitude lower.

At the moment, the Croats are only a few steps away from the membership in the EU. In December a special agreement with the EU is to be signed. Then, Croatia will have to introduce a visa regime with Russia and Ukraine (require for all new EU members) and bring a few other items of legislation in line with the European standards. On October 12th it became clear that the EU will not limit itself with the two most prosperous republics of Yugoslavia. The EU Enlargement Commissioner Stefan Fule released a report which shows that all post-Yugoslavian countries are considered potential recruits by the EU. Obviously, they will not get membership all at once, and their levels of readiness to join the EU are different.

To date, the closest to the European future is Montenegro, whose population is just over 600 thousand. The European Commission has already recommended to begin talks with it for admission to the EU. The only thing that can interfere with the Montenegrins in the negotiation process is the high level of corruption and organized crime. The Europeans made it clear that they would not put up with the Montenegrin clan system of the authorities.

How beneficial for Europe a possible membership of Montenegro would be? In civilizational terms, this Orthodox country is far more removed from the "core" of the EU than Croatia and Slovenia. In terms of income it is about the same as Bulgaria and Romania (11 thousand dollars a year per capita). The country cannot boast developed industry and agriculture, but has wonderful seaside resorts (Bar, Budva). The level of the resort infrastructure is still below that of Croatia (and Slovenia in particular).

In terms of ethnic relations today's Montenegro is relatively stable. Albanians make up approximately four percent of the population, Slavic Muslims - nearly 14. However, their relationship with the title Orthodox nations is far from ideal. This titular nation was not very successful in "self-determination." Less than 45 percent of the country considers themselves Montenegrins, and nearly a third - the Serbs. The EU will have to deal with the country unstable in many ways.

The report of the EU and the Serbian leadership may be considered a relative victory. Contrary to many gloomy forecasts, the country received their candidate status for the EU membership. It seems that the European Commission has partially kept their promise that after the capture of war crimes suspects and transferring them to The Hague Serbia substantial talks with Serbia will be started. The former military leader of the Bosnian Serbs Ratko Mladic and the former head of the Croatian Serbs Goran Hadzic were sent to the Hague, and the Europeans "relented."

However, Serbian membership in the EU is not guaranteed. Before substantive negotiations may be started, it needs to resolve Kosovo's status. The situation is at a true deadlock. Most EU member states have recognized Kosovo's independence, but some refuse to do so. The Serbian leaders insist that they will not give the area even in exchange for the European future. The situation in Kosovo has recently escalated. The negotiations on Serbia's EU membership seem to be postponed.

In addition to Kosovo, Serbia has a problem with other ethnic minorities. Dissatisfaction with their situation is increasingly expressed by 60,000 Albanians from the Presevo Valley, 200, 000 Slavic Muslims in the Sandzak region, and 400 thousand Hungarians from the Autonomous Province of Vojvodina. Recently they were joined by 60,000 Romanians. German Chancellor Angela Merkel has demanded in the summer that the Serbian authorities "respect the rights of minorities."

Candidate status for EU membership before Serbia was granted to Macedonia. However, negotiations with it cannot be started because of a dispute over its name. Greece refuses to recognize the country called the Republic of Macedonia, fearing their claims on the homonymous province. Macedonians are not willing to change the name to "Republic of Skopje" and the Greeks do not intend to withdraw their veto on the negotiations. Now "the case of the name" is examined the Hague tribunal, but no solutions have been reached as of yet.

Macedonia's issues are not limited to the name. Nearly a quarter of the population is Albanians. 10 years ago, they already took up arms, and the NATO forces have put out an armed conflict not without difficulty. The subject of separation of the western areas populated by the Albanians remains on the agenda. In addition, Bulgaria refuses to consider the Macedonian language as a separate one, considering it a dialect of Bulgarian. It is understandable why the EU is in no hurry to take Macedonia into its ranks.

The worst of all is the case with the European integration of Bosnia and Herzegovina (BiH). The European Union put much effort to ensure that this former republic is relatively strong. However, only local Muslims are willing to centralize. Head of the Republic of Srpska, Milorad Dodik, speaks openly about frailty of BiH. The local Croats require a special allocation of Croatian national unit by blocking the creation of all-Bosnian authorities. As a result, the country cannot even apply for membership in the European Union. The European Commission stated that the country has not yet formed a government at the state level, and the lack of a common vision of its political leaders continues to block the holding of key reforms related to the EU. The European prospects of the Bosnians that cannot even boast Montenegrin income level remain murky.

Objectively accepting into its ranks the former Yugoslavia, the EU is obtaining a huge headache in the form of undeveloped economies and international conflicts. Yet, was it not the "locomotive of the EU" Germany that at the time made a considerable contribution to a fire that broke out the war in Yugoslavia? France, Britain and Italy were not without sin either. Absorption of the EU post-Yugoslavian space is the only way to somehow control what happens there. So the EU will do everything to have all the republics of Yugoslavia in its composition. In the end, a geopolitical vacuum in Europe is something unacceptable, and the Europeans do not want to share their own influence in the Balkan underbelly with anyone. But the cost of joining of the Balkans may be such that the Greek crisis on their background may pale in comparison.