Superpowers fight and bite for chunks of Antarctic ice 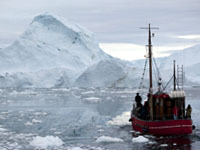 New Zealand and Australia are concerned about activities of other countries, especially Asian powers, in the Antarctic region. It appears that we are now witnessing the beginning of the fight for the riches of the ever-frozen continent. A number of international agreements ban economic activities in the unique region, but someone already tries to work there despite the restrictions.

The New Zealanders do not conceal the fact that their stronghold in developing the ice continent is the nation's second largest city of Christchurch. The city is the source of supplies for one of the largest Antarctic research facilities - Scott. Until recently, the base had only one competitor - the USA's McMurdo station.

However, New Zealand and the United States now have new competitors - China and South Korea. The first two countries are especially concerned about the plans of South Korea.

New Zealand journalists say that in 2012 South Korea was going to launch the construction of a permanent polar station in Terra Nova Bay. The 120-million-dollar base will have the territory of 4,000 square meters. The station will be able to accommodate from 15 to 60 scientists.

These plans are a challenge to New Zealand. The South Korean base is to be built only 300 kilometers far from New Zealand's Scott Base, which the country sees as the center of its sphere of influence in the region.

Furthermore, New Zealand is particularly concerned about the fact that South Korea is going to use New Zealand's ports of Christchurch and Lyttleton. Cargoes to those ports are going to be delivered from Pusan across the Pacific Ocean. Afterwards, South Koreans plan to deliver their cargoes from the ports of New Zealand to the Antarctic base with the help of South Korean Araon icebreaker based in Lyttleton.

New Zealand is not going to sit on its hands, of course. The country plans to build a new base in the Ross Sea. The new base will strike everyone's imagination, New Zealand officials said. The new station will show a very positive influence on the development of the country. Wellington does not conceal the fact that it is interested in Antarctica's rich oil deposits in the first place.

The Antarctic Treaty, which was signed in 1959, bans the exploration and development of mineral resources in the region. The treaty also stipulates demilitarization of the ice continent. However, the agreement expires in 2048 and, most likely, is not going to be prolonged.

Needless to say that international laws become null and void in an instant when it goes about such resources as oil. It is worthy of note that oil reserves in the Ross Sea are estimated at 50 billion barrels. The region may become the world's second largest oil field after Saudi Arabia.

Australia and New Zealand set forth their claims for a half of the frozen continent. The two countries already have a number of conflicts at this point, but it appears that they will have to stick together to be able to resist to others.

Antarctica is not large enough to feed everyone. France, for example, wants a third of the whole continent. Other countries of Europe, Asia and the two Americas are also very ambitious about the ice continent.