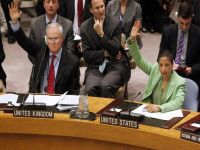 What is the latest chatter from Libya, now that the NATO/terrorist elements, which are trying to destroy the Jamahiriya, have enforced a cloak of silence over Tripoli? (Needless to say, to carry out massacres without anyone reporting them. For the record, this column has been speaking out about this from the beginning, and yes, this columnist has received numerous death threats...but this is not the first time and it will not be the last. If I didn't buckle under the pressure exerted on me over Iraq, I will certainly not buckle over Libya).

First let us confront the chatter with the western news, which is that hunky-dory squeaky-clean product placed ironed and crisp on the breakfast table alongside the 2,500-calorie nuclear bomb people consume themselves into an early grave with. What, pray, is this story?

Oh another of those ra ra ra NATO defeats a dictator and installs a (violins) nice democratic government which, erm, passes the resources of the country over to the lobbies which dictate the policies of NATO member states, the marketing work having been done by the politicians. Sniff.

So apparently Tripoli is secure and the rest of Libya is controlled by NATO/terrorists and the last stronghold (music) is at Sirt (pronounced "Surt", as in "durt" by western news..."people"??). OK, fine. Does anyone actually believe any of this?

Now for the latest chatter. (Stop music). As I have said before, my sources are people who I know personally, or else are people I have vetted. I admit that not having my own eyes on the ground means that I cannot cross-check every story but also, being there and lying, as western sources have done, is not an option.

For a start, we had the fourth or fifth report that Khamis al-Qathafi has been killed from the western press. What again? But from the ground we have several sources commenting that he is indeed alive and well and active. So much so that his brigade was reportedly engaged today in killing the terrorist leaders from Qatar/UAE mercenaries. What were they doing there? Does this not contradict the terms of UNSC 1970 and 1973 (2011)?

We now have China as well as South African blocking the NATO/terrorist policy of stealing Libya's money - money earmarked for projects in Libya and in Africa. They are stealing the futures of African children. While Muammar al-Qathafi built projects, NATO/terrorists are trying to destroy them.

We have another NATO/terrorist massacre in Sirt, because they think Muammar al-Qathafi is there. So this is protecting civilians, bombing a city which has attacked nobody? And now NATO/terrorist forces are giving Sirt a deadline for surrender?

After how they have behaved in Tripoli, which they still do not control today, it is not surprising that the real people of Libya are determined to put up a massive and prolonged fight. This is not over yet by any means. NATO dare not pull out because its terrorists have not yet won a single battle without massive air cover and illegal intrusion into the internal affairs of a sovereign state and every day NATO is in Libya, the worse it will get.

For those who support freedom and democracy, in a word, cool! Cameron, Sarkozy and Obama are spending MILLIONS every week in this flagrant breach of international law, which they will answer for, while at home there is no money for schools, healthcare and subsidies. But what a wonderful way to govern the world.

The answer is from the people, and this is implacable. The hearts and the minds of the international community are united against NATO and its satanic terrorist forces - rapists and murderers and paedophiles portrayed by western channels as "freedom fighters". They did not even bother to research the footage of their darlings laughing themselves stupid at the way they have been wined and dined by NATO/terrorist and western media sources.

How sickening. But this will not end here, by any means. There exists a seven-letter word: revenge.