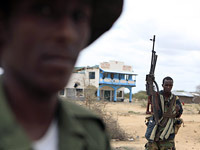 Somalian Asha Osman Akil served as a minister in her country for less than one day. On July 20, she headed the Ministry of Women and the Family and on the same day has disappeared. It turned out that she was kidnapped by a Somali Islamist group of militants "Al-Shabab" that has taken her to the city of Balad located 30 kilometers north of Somalia's capital Mogadishu, where insurgents staged her interrogation and "explanatory conversation."

The conversation, judging by the fact that the woman is still alive, was conducted quite constructively. News agencies reported that Asha Osman Akil promised the militants to abandon her post and not to communicate with the central government.

"Al-Shabab" emerged from the collapse of another fundamentalist movement - "the Union of Islamic Courts." This group is considered an "Al-Qaeda" - related structure by the West. The U.S. State Department has even placed it on the "black" list of terrorist organizations. Western media often wrote about the fact that the Somalis marked their participation in the fight against the U.S. and NATO forces in Afghanistan and Pakistan.

The organization's activities are of concern in Israel, as one of the leaders of "Al-Shabab" Muktar Robo Abu Mansur and his supporters have repeatedly threatened Tel Aviv, up to the beginning of the "war against the Jews in the Middle East."

Despite the obvious unreality of such a threat, the analysts of the International Crisis Group recommended to treat these allegations seriously, because the insurgents of "Al-Shabab" have a reputation of ruthless bandits who not only kill, but also torture their victims. At the very least, they may initiate local attacks against Israeli citizens in the region.

However, much more is known about the Somali work of the organization. It has been fighting for full control in the south and east of Somalia that over 20 years ago broke down into several sub-divisions. The most famous of them until recently were Somaliland and Puntland.
The Islamists of "Al-Shabab" mostly control the Somali South, where they regularly tighten the laws based on Sharia. It is sufficient to say that they almost completely eradicated non-Islamic culture in this area as contrary to Islam. In 2009, they banned movies, dancing at weddings and even soccer matches viewings. Recently, they have banned the public use of mobile phones ringtones other than verses of the Quran and hadith.
They are paying increased attention to the "women's issue." They shut down all women's organizations on the controlled territory and are zealously watching so that Somali women do not participate in any public or political events. Eyewitnesses testify that "Al-Shabab" is watching the morality of local women with particular attention and that almost all the girls over the age of 13 years have to hide under the niqab not only their bodies but the faces as well. Of course, women are severely punished for any violation of Sharia. For example, adultery by a woman is punishable by death.

What caused such an approach to women's issues? Do the Islamists limit their social base with such an attitude towards women? Experts Ivan Konovalov and Ksenia Svetlova answered these questions for "Pravda.ru".

Ivan Konovalov, an expert on Somalia: "Such an attitude can be interpreted in different ways. Of course, from an Orthodox point of view this is unacceptable. This is also unacceptable in terms of Western values. However, from the perspective of many Somalis and some others it is not that bad. Rather, it is even just ordinary. From the standpoint of Sharia it is an ordinary matter. "Al-Shabab" in this sense is a continuation of its predecessors from another conservative movement, "al-Tehat-al-Islami ". And here their ideology is essentially identical to the Taliban with whom they have much in common.

They both have their own understanding of the role of women in society. From their point of view, a woman cannot serve as a minister, as philosophically it is an element of Westernization threatening the traditional society and family. It has nothing to do with the fact that she headed the Ministry of Women and the Family. The main thing is that she was not allowed to be a minister.

From the perspective of the West, this is the Middle Ages. Yet, they have been living this kind of life for hundreds of years, and few people want change. So what that a female minister was kidnapped, at least she was not killed. For example, in certain areas of Somalia stoning is widespread, so in this case nothing particularly terrible has happened.

However, it is scary in terms of the traditional values ​​that the West is trying to interfere. I am not in any way condoning what is happening in Somalia. But it is their life, and we cannot interfere with our rules. Everything must go through an evolution. Otherwise, there should be no surprise that after a Western intervention another Islamist group emerges."

Ksenia Svetlova, an Arabist, an expert on the Islamic world: "In many ways, the ideology and methodology of "Al-Shabab" is borrowed from the" Taliban ", with which this movement has a direct connection. Both of these movements are among the most radical Islamist groups. The women's issue is perhaps the most central for them as it concerns the cornerstone of the society and family.
Moreover, radical Islamists oppose any change in the status of women. For example, they try to prevent the emergence of women lawyers, etc. In their view, any expansion of the role of women in society is very dangerous. It would be a mistake to assume that the attempts not to allow women into power are dictated solely by the fear of men to lose this authority. This is only partially true.

Of course, in Somalia and some other countries women are treated as females intended for producing offspring. But it would be simplistic. The problem is much broader. It is no accident that even moderate Islamists in one way or another almost always relate to the problem. In their view, any changes to the status of women in the Islamic society are manifestations of feminism, one of the weapons of the West. Feminism, in their view, leads to the decline of morality and the subsequent destruction of the family, and may cause death of the Islamic society. After all, it is the women who must raise the warriors. Another thing is what this upbringing will be like. After all, in the regions dominated by radical fundamentalists, women are illiterate, because from the perspective of the Islamists women's education is not only unnecessary but also harmful.

However, from the point of view of such a society, such an approach is not unique. It severely limits the development of the society at the expense of artificial restraint of human resources. This approach is not welcome in some Islamic countries. For example, Shiite Iran displayed a great flexibility allowing women to work and providing a number of other rights. Tehran involved tens of millions of Iranian women into the economy, ensuring that they work for its good. "