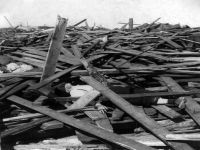 The Portuguese Parliamentary election on Sunday provided a predictable choice by the Portuguese electorate, content with banging its nose against the same two walls, PS or PSD. This time it was the PSD, led by Pedro Coelho which replaced the PS led by José Sócrates. These two political parties have been in power since 1974 and have led the country into the abominable state it finds itself in. Even so, the Portuguese electorate decided to once again turn to the mirror image of the outgoing government.

There is no doubt that the Socialist Party of José Socrates was punished for its performance since 2009 (when its absolute majority was lost) and the result is the resignation proposal by the party leader, José Sócrates. The winners are the PSD (people have short memories), CDS/PP (Conservative) and to a certain extent, the Communist Party/Green coalition (CDU), which increased its share marginally and more or less consolidated the electorate. The Left Block has some serious thinking to do.

The backdrop to today's election in Portugal is an austerity package of 78 billion Euros, which firstly is the result of abominable political management since Portugal entered the European Community in 1986 and secondly, saw the population wholly and completely divorced from the players on the political stage. Wary of the small parties, afraid of the Left, yet also aware that the Portuguese disease was caused by the two parties in power for the last 37 years since the Revolution of 1974 (PSD, Social Democrats, centre-right and PS, Socialists, under Prime Minister José Sócrates also centre-right), the Portuguese electorate today chose the former, a party whose ineptitude and incompetence has been matched only by the opportunism of many in its ranks.

The two parties on the left with a presence in Parliament, namely the CDU (Coalition between the Portuguese Communist Party and the Greens) and BE (Left Block) were the only ones which ran a manifesto along the lines of a renegotiation of the bail-out, which promises crippling conditions for the beleaguered Portuguese people. Today's result therefore condemns the Portuguese to an austerity package even direr than the many imposed since the Carnations Revolution.

Sooner or later, someone has to tell the truth about Portugal and the Portuguese. Portugal was not ready to enter the EC in 1986. Spain was, Portugal wasn't and the main reason why Portugal entered back then was due in part to the special relationship between the Portuguese Prime Minister Mário Soares and the French President François Miterrand. This is not to criticise Mário Soares - one of the finest politicians Portugal has known in its history.

The one who sat at the helm of Portugal during the decade after adhesion to the EC was the then Prime Minister, and now President, Aníbal Silva. His pig-headed arrogance and sheer narrow-mindedness, and bloody-mindedness, saw the Government divorced from the people as he distanced himself from his party (PSD) and made an unsuccessful bid for the Presidency, spending ten years in the wilderness. Aníbal Silva was also responsible for the destruction of Portugal's competitiveness, and must shoulder the blame for the state the country is in today, due to the fact that his decade in power produced what?

The virtual disappearance of Portuguese intervention in fisheries, agriculture and industry and the total and abysmal failure to prepare Portugal, a medium sized country in European terms, for the European challenge. The result? What we see today, and another generation of Portuguese required to "make sacrifices". For what?