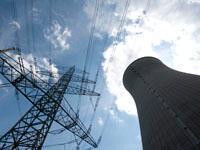 Following the accident at the nuclear power plant at Fukushima Prefecture, the leadership of Germany has decided to completely abandon the use of nuclear energy by 2022. Earlier, a similar plan was announced by the Swiss authorities. Another German-speaking country, Austria, is considered to be the main fighter against peaceful nuclear energy in Europe and does not use atomic energy.

The topic of nuclear power plants was discussed in the German-speaking countries at all times. Austria was the first of them to abandon nuclear energy in 1978. Local NPP Tsventendorf was frozen, and the number of the opponents of the peaceful atom in the last thirty-three years has only increased. Today, all major political parties of the country say that the entire Europe should shut down the nuclear plants. Right after the accident in Fukushima on March 11, the Austrian government again raised the issue with their colleagues in the EU.

The Austrian authorities were mostly dissatisfied with nuclear power plants in neighboring former socialist countries - the Czech Republic, Slovakia, Hungary and Slovenia. The matter has reached a point of an open confrontation, especially with the Czechs and their station Temelin. The Austrians did not leave their German-speaking neighbors alone either. Austrian activists have been regular participants of the green demonstrations in Germany and Switzerland. Now it seems that the "brothers in language" heard their voices.

On May 22, mass protests of the opponents of peaceful nuclear energy took place in Switzerland. Particularly active in this sense were the distinguished German-speaking cantons (which represent the country's majority). Their participants demanded that the government shuts down the five existing nuclear power plants and abandons its plans to build three more similar sites next year.

On May 26, Swiss authorities have concluded that nuclear power plants will be shut down as soon as each of them turns 50 years old. The first NPP to shut down will be Benzau-1 in 2019. Three years later, Benzau-2 and Mühlberg will be shut down. In 2029 it will be time to disable nuclear power Gösgen and in 2034 - Leibstadt. The country may spend over four billion francs to fill the resulting energy gap.

Meanwhile, the topic of abandoning of the nuclear power plants after the accident in Japan has become urgent in the major European country, Germany. Strictly speaking, the arguments on this topic were heard long before the tragedy in Fukushima. Back in 2002, the ruling coalition of Social Democrats and Greens announced the idea to shut down all reactors by 2017. However, in the last year the Christian Democrats and Free Democrats have pushed the date back to 2035. As it turned out, not for too long.

Immediately after the accident in Japan, mass demonstrations of the opponents of the peaceful atom were conducted throughout Germany. Considering the attitude of the nation, the ruling coalition of CDU / CSU and the FDP returned to the plans for the suspension of the plant in 2017. On March 17, it was decided to stop the oldest nuclear power plants Nekkarvesthaym-1 and Philipsburg-1.

The Austrian scenario was repeated, and all the parties became "green" overnight. Only the original German Green asked not to wait for 2017 and close all reactors immediately. They quickly found out that an increasing number of Germans shares such a radical approach.

In spring, Germany hosted a series of elections to the Landtag (parliament) of the lands. The ubiquitous green repeatedly increased their representation. For example, if the Landtag of the eastern state of Saxony-Anhalt had no green representatives earlier, now they managed to overcome the five-percent barrier required for the local parliament with 7.1 percent. In Rhineland-Palatinate the green tripled their rates to 15.4 percent.

In Baden-Wuerttemberg the situation was nothing short of a sensation. The green for the first time in history took the second place with over 24 percent of the vote. This result allowed them to form a governing coalition with the Social Democrats. For the first time in German history "environmentalist" Winfried Kreychmann became prime minister of one of the lands. Finally, recently in Bremen the green took the second place with 22.7 percent. Here they became junior partners of the Social Democrats in the ruling coalition.

Last weekend the streets of German cities were again dominated by the opponents of the peaceful atom. In 21 cities mass rallies were held, demanding the closure of nuclear plants. On May30, the authorities yielded to the demands of the protesters. They announced that by 2022 all nuclear power plants will be shut down. Seven stations built before 1980 will stop the operations immediately.

In addition, earlier a special commission of experts put on the table of Chancellor Angela Merkel the plan of abandoning the nuclear energy. "The electricity of the future must be secure and safe. The commission has found that the German energy system can and should be radically changed," said Mrs. Chancellor.

The leading energy companies that are closely associated with the CDU and the FDP are not very happy with "a nuclear-free" perspective for Germany. For example, RWE company said that it would first want to look at the documents. Concern E. ON and EnBW wanted to "carefully review" the decisions taken.

Strictly speaking, the concerns of the German energy giants are understandable. Replacing 17 nuclear plants is not that simple. Strong German economy needs a great deal of energy, and where it would come from remains a question. In this situation, they would either have to invest in the construction of new hydroelectric power stations all over the rivers, or install windmills throughout the entire country (as in neighboring Austria), or agree to increase gas supplies from Russia, the Middle East and North Africa.

The German Greens do not like Russia, and criticize it for everything. Would they have to become dependent on the Russian gas? Chancellor Merkel says that the dependence on Russia will not increase. Yet, then they would have to buy from the Middle East and North Africa. The situation in those regions leaves much to be desired. Hence, the head of the German government is simply saying what people want to hear.
Germany faces the prospect of the lack of electricity. The "nuclear-free" Austria is already dealing with this problem. The Austrians are buying energy from much hated Czech Temelin NPP, whose closure is included among the priorities of the foreign policy. Switzerland would have to fork out a hefty sum to compensate for the lack of energy from nuclear power plants.

One way or another, a united front of the German-speaking countries against nuclear power plants is growing strong in Europe. It is unlikely that Germany, Austria and Switzerland will be content with closing the nuclear power plants in their countries only. Austrians are already getting in the way of their former socialist neighbors. Now, this will be even easier. With this kind of support they can exert pressure on anyone, including France, Spain, or all of them together. There are plenty of environmental activists everywhere.