Wikileaks: The looting of Iraq's oil 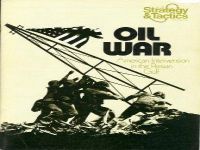 Documents leaked by WikiLeaks on Tuesday (19) prove once again that the "war" in Iraq was a big hoax - concocted by the capitalist powers and amplified by the corporate media. They show that the British government, in collusion with the U.S., discussed the sharing of oil from the invaded country a year before the invasion. The history of the existence of weapons of mass destruction was an abject and shameless lie of imperialist nations.

According to news published in the British newspaper, The Independent, the documents leaked by WikiLeaks show that plans to export the oil reserves of Iraq were discussed by British government ministers and major international oil principals a year before Britain accepted, along with the United States, the plan to invade Iraqi soil."

The newspaper notes that the serious denunciation of the existence of the prior plan had already happened in March 2003. At the time, both Shell and BP denied that they had been meeting in secret at Downing Street, home of the British government, to discuss the sharing of oil. The prime minister at the time, the doormat Tony Blair, called the allegations "completely absurd."

Now, however, the documents leaked by WikiLeaks confirm the story and unmask who the liars are - and who should be prosecuted for the deaths of thousands in Iraq. Memoranda published in The Independent, dated October and November 2002, give details about the meetings.

In one of them, five months before the invasion, Elizabeth Symons, Minister of Commerce, affirms to BP that the government wanted British energy companies to receive part of the enormous benefits of oil and gas in Iraq as a reward for the military aid given by Blair to the United States to change the Iraqi regime.