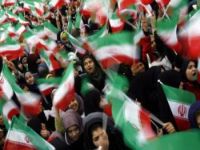 The interim government of Egypt tries to calm the population attending to some of their claims through palliative measures. However, the facts do not represent a change from the model promoted by the multilateral agencies of credit during the 30 years of Hosni Mubarak's regime. "After the revolution, many Egyptians made themselves heard against the degree of injustice to which they were subjected and what was stolen from them over the years," said Abulezz al Hariri, a former opposition legislator, told IPS. "They started complaining about their rights. The current administration is just trying to meet this immediate realization," he added.

Since the mid-1980s, the World Bank, International Monetary Fund and U.S. Agency for International Development (USAID) have driven policies that restricted the state's role in the economy, reduced the deficit and gave more influence to the private sector. Pressed by the success of the popular revolt that ended with the president's resignation in 11 days, the government of Prime Minister Ahmed Shafiq quickly reversed some controversial policies. Shafiq was appointed by Mubarak and held in position by the Army to take care of daily affairs.

Many of the measures announced in recent days are designed to meet the precarious economic situation that affects millions of Egyptians, eager for the realization of benefits from 18 days of the rebellion, which killed 365 protesters. The interim government announced that all citizens are entitled to request their monthly quotas of sugar, milk and rice. The previous authorities, businessmen and retired executives had them frozen. The decision reversed a previous arrangement to deliver monthly allocations only for those who prove their precarious position after lengthy bureaucratic procedures.

The new finance minister, Samir Radwan, said last week that they will not change the current subsidy system, which delivers food at a lower price than the market for 65 million citizens. Moreover, he promised to compensate for the rise in international prices of food, representing for the State the equivalent of U.S. $425 million, said Radwan.

The new policies also include health, whose ministry will provide free care in public hospitals 24 hours a day. Days before the revolt, which began on January 25, the Mubarak regime confined this service for the period from eight in the morning until one o'clock. On labor matters, the situation will be regularized by temporary employees who worked for three years with the state, giving them permanent contracts with higher wages and benefits, such as pension plans, health and welfare.

There were also long queues in many municipalities after the announcement of the interim government to subsidize housing for those concerned that young people can get housing more quickly. The Central Bank of Egypt reported that it would act as "guarantor" to meet the demands of employees in the banking sector, to control the compensation packages and salaries of senior positions and offer more benefits to workers.

The new measures have led some analysts to wonder whether Egypt will again take the path that characterized the socialist government of President Gamal Abdel Nasser (1956-1979). "Do not retake the socialist path," the IPS the Undersecretary for Finance, Amina Ghanem said. "Just deal with putting out fiery fires. Let's not lose our pensions," said Ghanem, also undersecretary for the previous minister, Youssef Boutros Ghali. "We want people to work, not just receive charity from the government," he said. The new measures will be financed with the redistribution of funds to areas of greatest priority, not restructuring the entire economy of the country, he added.

The current government is not abandoning the capitalist policies inspired by western financial institutions, agreed Al Hariri, of the opposition Party Tagammu. "These are measures to reassure, to ease the pain, they do not cure anything," he said. The future government will have to find alternatives, said Al Hariri, as long-term plans to create more jobs and what he called "true industrial" and "real investments."

Among measures to restore the social balance, it was suggested to confiscate goods stolen by people close to the previous regime, the equal distribution of wealth, improving the tax system and controls on the government and establishing "a reasonable ceiling" for the profitability of goods and services provided to the population.

The new economic course of Egypt is "replete with dangers from the deep interest of businessmen, symbols of the regime, and international financial institutions," said Mamdouh al Wali, from the newspaper Al Ahram. "The new government, though it be elected, may have trouble resisting such pressure. The change will be difficult," he said.