The USA's veto of shame

The USA does not stand for international law, Washington does not follow an ethical foreign policy, the Obama administration's pledge to produce change has to all intents and purposes been assimilated. In vetoing the UNSC resolution condemning the Israeli settlements, the USA takes the dark side in an act of crass stupidity by the State Department. 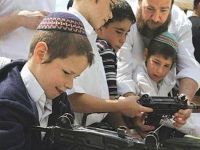 The United States of America does not stand for international law, Washington does not follow an ethical foreign policy, the Obama administration's pledge to produce change has to all intents and purposes been assimilated by the Clinton/AIPAC axis. In vetoing the UNSC resolution condemning the Israeli settlements, the USA takes the dark side. A black day for the rule of law. And an act of crass stupidity by the State department.

Shortly after taking office, Barack Obama stated in Cairo: "The United States does not accept the legitimacy of continued Israeli settlements [colonies]. This construction violates previous agreements and undermines efforts to achieve peace. It is time for these settlements [colonies] to stop".

On Friday, the United States of America vetoed the Arab-sponsored draft resolution in the United Nations Security Council condemning the Israeli settlements in the illegally-held West Bank, territory seized and held by Israel against international law in defiance of countless UN Resolutions.

This veto is a disaster for the State Department and defies the notion that Hillary Clinton is a resourceful and intelligent woman, rather underlining the premise that she is a hostage of the AIPAC Platform (American Israeli Public Affairs Committee - the Jewish Lobby) she appears to represent.

It is a disaster for US diplomacy at a time when the Middle East is reeling under pressures both internal (in some countries) and external (in others) because it not only destroys any vestige of credibility Washington could try to claim for itself in the Middle East peace process, by not taking a firm stance against an illegal policy condemned under international law, it also destroys once and for the fallacy that the USA is impartial, unbiased or constructive. 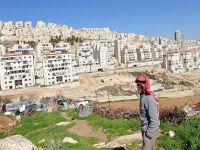 It is a disaster for US diplomacy because with this unfortunate and unintelligent decision, Washington has sided with Tel Aviv, against the Palestinian Authority, against the mindset of the international community today and against what stands for right and reason. And in so doing, the State Department places the USA right back where it was in the darkest days of US diplomatic history, in the quagmire of the torture chamber of Abu Ghraib and the concentration camp at Guantanamo.

It is quite apparent that in terms of international relations, the USA is rotten to the core and panders to the interests of the clique of lobbies which gravitate around the White House, dictating its policies. It appears that most of these policies are directed by Tel Aviv, which in turn presents itself as the capital city of the United States of America and its citizens. Why else would the USA veto a Resolution condemning an illegal act?