Manifesto of Support for the Bolivarian process in Venezuela

To the people of Venezuela

To the government of President Hugo Chávez

To Social Movements of Venezuela 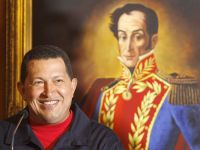 Twelve years ago, the Venezuelan people decided to change the course of history of their country and break the long night of neoliberalism and decades of manipulation by an oligarchy that is satiated with the resources of oil, with no benefit at all to the people.

The Venezuelan people paid the price of poverty and social inequalities.

On February 2, 1999, as the result of many popular mobilisations, and a slaughter in Caracas that killed thousands of citizens, we finally had a democratic election and Venezuelan President Hugo Chavez assumed the presidency of Venezuela, with the commitment to the people of reshaping the country through a process of social transformation, based on popular participation in the rescue of the State as the agent of public policy to the advantage of the majority of the population.

Thereafter, we began a program for the eradication of illiteracy, a universal primary health system, opening of new universities, the democratization of land ownership in the countryside and the city, and the construction of an economic project to use oil resources to solve people's problems of housing, education, health and access to energy. An internationalist vocation was taken of helping other people through the ALBA project, following the example of Simon Bolivar.

Transnational corporations, the local ruling classes and the interests of the empire of the United States, are not satisfied with the loss of control of Venezuelan oil and loss of political power. Therefore, for all these years, they have organized a permanent campaign, systematically to discredit the process, attacking the Venezuelan people and their president, as never happened before in history.

But still they claim the right to freedom of opinion and expression is missing. These right-wing forces, which kept the Latin American continent only to serve the interests of U.S. capital, as now, have lost political power in most countries, and they are articulated through their control over the media. They use the mass media as their permanent weapon to lie, manipulate and attack.

This is happening not only in Venezuela but also in Brazil, Argentina, and in all Latin American countries.

For trusting in the popular and democratic character of the Bolivarian revolution, to defend the sovereign right of the Venezuelan people and all peoples of the world to decide their destiny, without interference from capital and the forces of the empire, on the grounds of the fundamental importance of the regional integration process that is being promoted in Latin America in the last ten years, and which has become reality through UNASUR, the CELAEC, and popular integration project of ALBA, we publicly demonstrate our solidarity with the brotherly people of Venezuela, with its government, and the project of social change underway in that country.

In the bicentennial year of political independence of several Latin American countries, despite the hate campaign orchestrated from the mass media against Venezuela, we reiterate our commitment to make every effort to build the true integration of our peoples, and to support the example of the Venezuelan people, that inspired by Simon Bolivar and Che Guevara, José Martí and many others, leads us to the need to unite in Latin America to help solve together the fundamental problems of our people.

We advocate the process of democratisation of all mass media in our countries, to liberate our peoples from manipulation and use by the interests of the bourgeoisie and the societies that want to regain control of our economic resources.

The peoples of Latin America need to walk with their own feet, opening up the same road of political and economic sovereignty, and control of its natural resources to build more just, democratic and egalitarian societies.

of the Social Movements towards ALBA