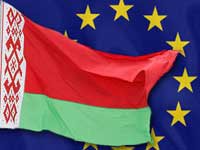 The European Union seriously considers sanctions against Belarus. European officials are about the violence, which the Belarusian police used to disperse crowds of people protesting against the results of the presidential election in the country on December 19.

Europe reacted to the events that followed the presidential vote in Belarus at the end of December 2010. Poland was the first country, whose officials suggested Alexander Lukashenko, the sitting Belarusian president, should be punished for the violence used against the opposition.

In January, the Polish administration decided not to wait for the decision of the European Union and the European parliament and introduced sanctions against the Belarusian authorities, whom Warsaw accused of election fraud and political repressions. The Poles also decided to ease the visa entry regime for common residents of Belarus and lifted consular fees for Polish national visas.

On January 7, the European Union decided to follow Poland's example. Officials representing 27 members of the organization initiated the procedure to prepare sanctions against Belarus. The European Parliament and the OSCE decided to discuss the issue of "incorrect behavior" of the Belarusian authorities at the meetings on January 12 and 13 respectively.

On January 10, it became known that Germany, the UK, Sweden, Poland and Hungary stated that the EU should introduce sanctions against Belarus. Italy, Spain and Portugal said that the European Union should analyze the situation in detail not to ruin the relations with Belarus.

The Czech Republic took the side of Belarusian opposition activists. Czech Foreign Minister Karel Schwarzenberg conducted an open meeting with a group of Belarusian opposition activists - former chairman of the Supreme Council Stanislav Shushkevich, ex-presidential candidate Alexander Kozulin and Eva Neklayev, the daughter of another candidate, Vladimir Neklayev. At the end of the meeting, Mr. Shushkevich urged European officials to toughen the sanctions against the Belarusian authorities.

Will the EU listen to Germany, Poland and Shushkevich? We will have the answer to this question on January 31, when foreign ministers of 27 EU members discuss the situation. It is quite possible that Europe will extend the list of Belarusian officials, who will be barred from entering EU states, from 35 to over 100 people. The list will be topped by President Alexander Lukashenko, of course.

It is worthy of note that the EU introduced visa restrictions against the Belarusian president and his team in 2006, after the previous presidential election. However, Europe changed its attitude to Lukashenko after the war in South Ossetia. As a result, Lukashenko visited Italy and Lithuania and had a number of meetings with European officials in Minsk, the capital of Belarus.

The warm relations between the EU and Belarus ended after the most recent presidential vote on December 19, 2010, when the police violently dispersed the march of opposition activists and arrested many of them. How strong can Europe's punishment be?

Alexander Rahr, an expert with the German Council on Foreign Relations, told Pravda.Ru that it is the European Parliament that deals with human rights issues in Belarus.

"The function of this power body is to observe human rights and democratic freedoms 24/7. The deputies of the parliament have enough tools to make the European Commission and EU governments pay attention to what happened in Minsk at night after the election. The European Parliament and separate states pinned great hopes on the election. They hoped that Belarus would become closer to European election standards, that the country would become more democratic. All of a sudden, instead of democracy, they saw the riot police batoning demonstrators and arresting pro-European candidates. It goes without saying that European officials could not leave that out of their attention.

"I'd have to say that many European officials, German officials, for instance, did not have any illusions about Lukashenko and his regime. Prior to the election, many in Berlin tried to convince German Foreign Minister Guido Westerwelle not to travel to Belarus. Westerwelle went anyway, hoping for the better. When he saw news reports about post-election events in Minsk, he realized that he was wrong in his expectations. This is the reason why Germany started talking about sanctions.

"The sanctions against Belarus will definitely be toughened. However, it seems doubtful that Lukashenko will be punished seriously. If opposition candidates are not going to be sentenced to 10-15 years in prison, Europe will forgive the Belarussian leader. First and foremost, Europe does not want the Belarusian strongman to turn towards Russia. Secondly, the EU could take an active part in the privatization and modernization of a number of industrial enterprises in Belarus.

"As for Lukashenko himself, it goes without saying that he is not going to be happy about the inability to travel to EU states. He and officials of his team will not be able to enjoy the sun and beaches of the Mediterranean Sea and snowy slopes in Austria and Switzerland. There will be economic losses too.
However, it is much more dangerous for Belarus to fight with Russia. Belarus receives oil and gas from Russia and sells its milk, meat and other goods to Russia. It would be a catastrophe for Belarus to ruin the relations with Russia, rather than with the European Union.